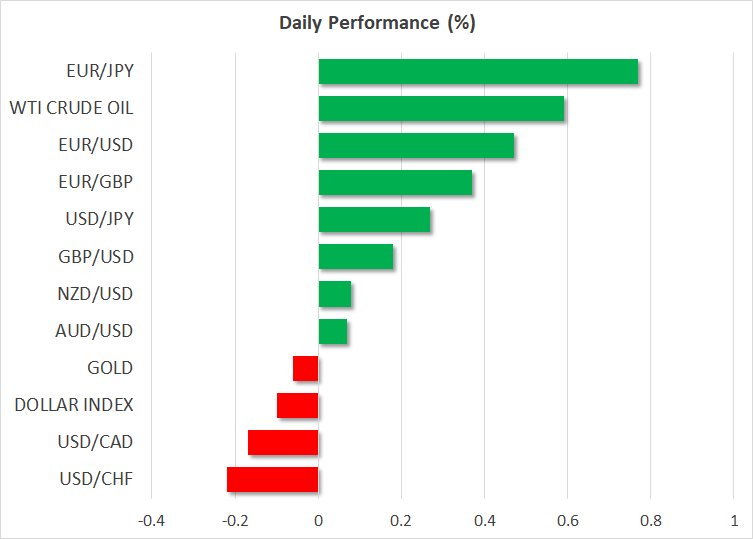 The US dollar continued trading lower throughout most of Tuesday, finishing the day down against all but one of the other major currencies, despite a late rebound on reports of a missile explosion in Poland.

The greenback had been sliding prior to the US PPI data and fell even more after the numbers revealed that producer prices slowed by more than expected in October in both headline and core terms. This does not only add credence to last week’s slowdown in the CPI data, but also adds to the narrative that inflation may continue to ease in the months ahead as producer prices are channeled into future consumer prices.

Investors are now almost fully convinced that the Fed will proceed with a smaller 50bps hike at its December gathering, assigning around a 90% probability for such an action, with the remaining 10% pointing to another triple hike. They are also pricing in almost two-quarter point rate cuts by the end of next year, which may be a more dovish view than the Fed’s. Despite most policymakers agreeing on a slower rate path hereafter, some of them have been suggesting that when interest rates hit their terminal level, they will stay there for some time.

Therefore, the dollar may continue tumbling as we get more data and remarks supporting a less aggressive Fed, but the pricing of two rate cuts next year likely opens the door for a decent rebound in case developments point otherwise. An upside surprise in today’s retail sales could very well be the initial trigger. That’s why the dollar’s latest slide may be seen as a deep downside correction for now rather than a major bearish trend reversal.

Explosion in Poland hurts sentiment, but only temporarily

EU and US shares added to their latest recovery yesterday, with the interest rate sensitive Nasdaq adding 1.45% on the increasing hopes of a less aggressive Fed. That said, the gains could have been bigger if it wasn’t for a sudden missile blast in eastern Poland near Ukraine a couple of hours before Wall Street’s close.

The blast caused the death of two people, and although it was initially reported that the missile may have been fired by Russia, earlier today US officials said that initial findings suggest that the missile was fired by Ukraine at an incoming Russian missile.

The flight to safety extended during the Asian session today, with most Asian stock indices trading in the red and the US dollar attracting some safe-haven flows. That said, the recovery in the greenback ran out of steam as investors began preparing for the European session, while US futures are pointing to a higher open on Wall Street.

It seems that investors do not believe that the war could escalate beyond a two-nation military conflict, and that’s why they may be keeping monetary policy at the top of their agendas. Therefore, further data and remarks supporting the narrative of a less aggressive Fed could allow market participants to add some more risk to their portfolios, thereby extending the recovery in stocks.

UK inflation surges by a full percentage point ahead of budget

In the UK, inflation data has already been released, with the headline CPI rate rising by a full percentage point to 11.1% y/y during the month of October, suggesting that real wages may have slipped deeper into the negative territory and that disposable income is declining at a rapid pace.

Prior to the release, traders were seeing a 50bps hike at the Bank of England’s upcoming gathering as the base case, but now they are split on whether a 50 or 75bps increment should be delivered. They also lifted their terminal rate to 4.57% from around 4.5%.

However, the reaction in the pound was not huge. Pound/dollar rose around 30 pips at the time of the release, hit resistance near the round number of 1.2000, and pulled back. Perhaps pound traders preferred not to enter large positions ahead of tomorrow’s budget announcement. Chancellor Jeremy Hunt is expected to announce tax rises and spending cuts, which could weigh on the BoE’s already bleak projections and thereby revive the notion that a 50bps hike at the December gathering may be more appropriate.

We get more inflation data for October later today, this time from Canada. Expectations are for the headline rate to have held steady at 6.9% y/y and thus, it remains to be seen whether this will raise questions about the Bank of Canada’s stance at its latest meeting when it signaled that it is getting closer to ending this historic tightening crusade. 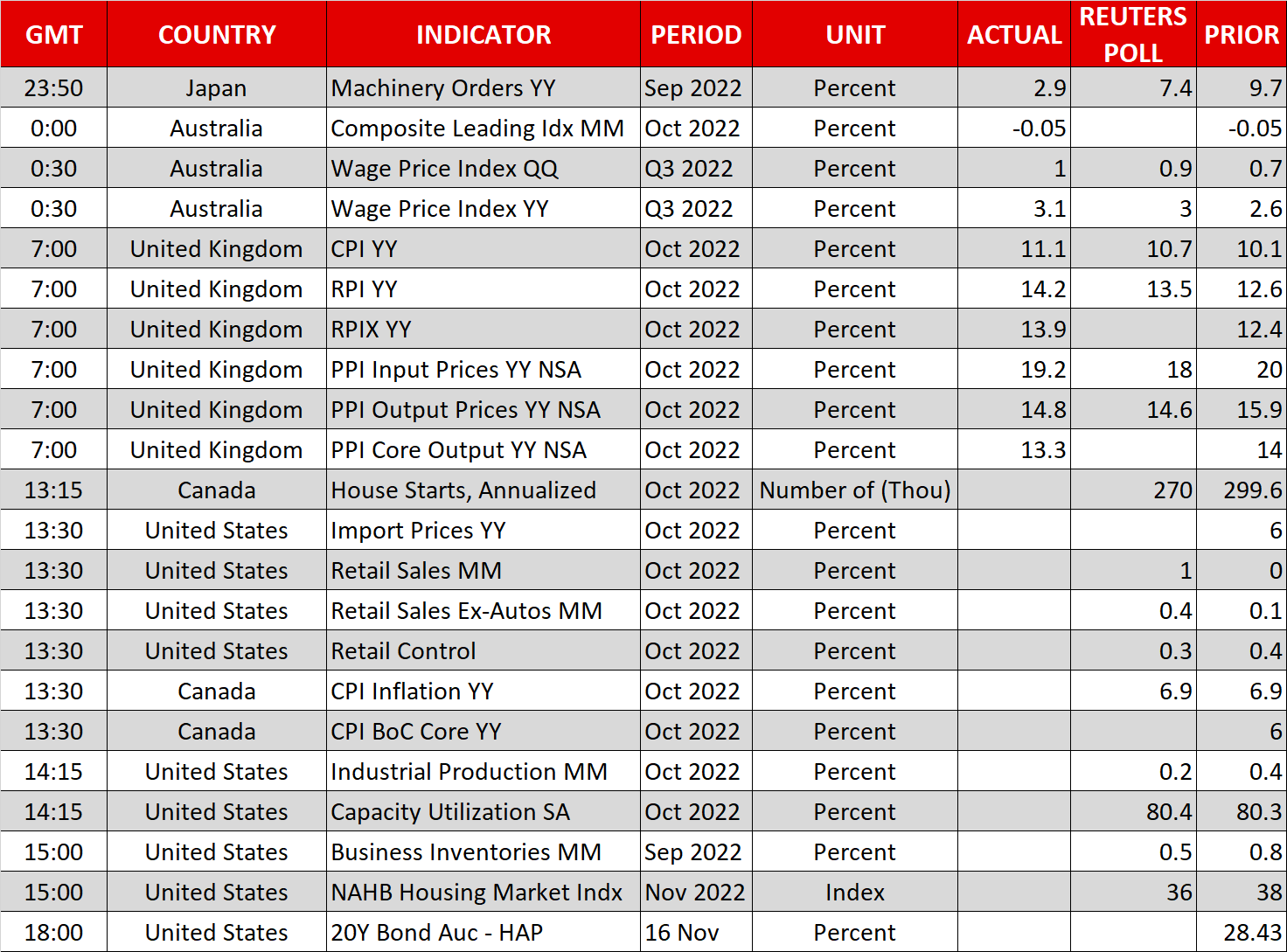