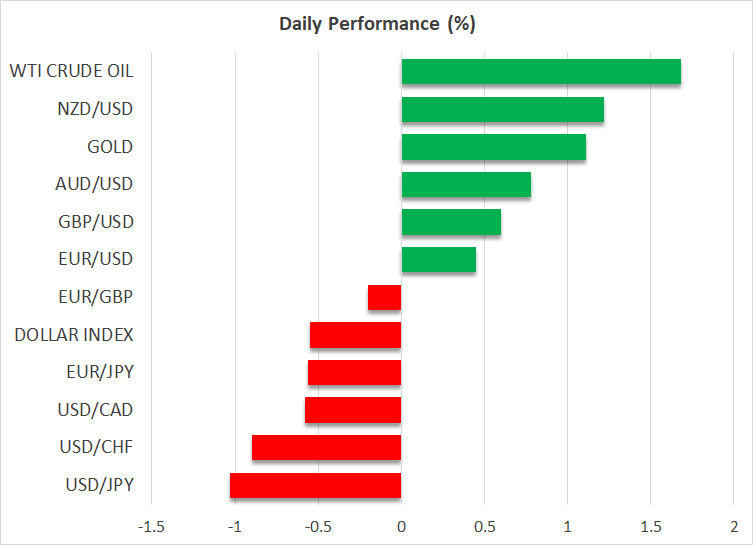 Markets struggle for direction in wait for Fed decision

Traders continued to weigh the odds of the Federal Reserve signalling an end to the run of jumbo-sized rate increases as the central bank begins its two-day monetary policy meeting on Tuesday. Hopes that policymakers will soon pause their aggressive tightening phase lifted Wall Street last week even as major earnings results encompassing most of the big tech clan flashed recession warning lights.

Those hopes receded slightly yesterday but it seems that many investors are not ready to let up on those expectations and Treasury yields are slipping today, while market bets on the terminal rate appear to be settling just under 5% according to Fed funds futures.

Nevertheless, there is quite a significant degree of uncertainty going into the November FOMC meeting. Although a 75-bps rate hike is fully priced in, it’s difficult to see Chair Powell toning down his hawkish rhetoric when the data remains strong – not just on inflation, but also on the labour market. There’s a risk that those investors expecting to see a Fed pivot this week will get wrongfooted as this runs contrary to the Fed’s current mantra of higher for longer.

Stocks yearning for another rally

However, at this point, given the scale of the recent jump in both nominal and real yields, all Powell probably has to do to provide some relief and spur another risk rally is to hint that a slower pace of rate increases may be appropriate in the future.

US stock futures were climbing into the European open, reversing some of Monday’s losses when a mini selloff in big tech stocks dragged the Nasdaq down about 1%. Energy stocks, meanwhile, managed to stay in the green, shrugging off reports that President Biden will push Congress to impose a windfall tax on oil and gas companies.

Still, despite a few wobbles, October was a bumper month for US and European equity markets and November – a historically good month for stocks – seems to have gotten off on a positive note, potentially signalling an extension of the rebound.

And it looks like Asia might join in the fun this time as shares in the region surged today on unconfirmed reports that Chinese authorities are considering ways of exiting the country’s stringent zero-Covid policy. Chinese and Hong Kong markets have been on a downward path since July amid a deepening slowdown in China’s economy with no end in sight to draconian lockdowns.

Only yesterday stocks slumped again as markets were shaken by the headlines of lockdowns in Shanghai’s Disneyland resort and Foxconn’s plant, which makes iPhones for Apple. But the Hang Seng index has staged an impressive rebound today and China’s CSI 300 index is another big gainer. Should those reports get validated in the coming days, this could go some way in lifting the gloom over China’s outlook.

Dollar retreat provides respite for yen and other majors

The antipodean currencies are already enjoying a boost from a possible shift in China's zero-Covid stance, leading today’s advancers against the US dollar. The Australian dollar additionally benefited from somewhat more hawkish-than-anticipated comments from RBA Governor Philip Lowe. Although the RBA raised its cash rate by only 25 basis points as expected on Tuesday, having switched to a slower pace last month, Lowe kept the door open to bigger hikes in the future.

ECB chief Christine Lagarde reiterated yesterday that further rate hikes are in the pipeline too for the euro area, though the single currency is only firmer today on the back of the softer dollar.

The pound is also recovering some lost ground, testing the $1.15 level ahead of the Bank of England’s expected triple rate rise on Thursday. Gilt yields were surprisingly steady as the BoE became the first major central bank to begin the active sale of government bonds from its asset purchases.

The dollar’s pullback was also a relief for the yen as the Japanese currency gained by about 1%. Investors will be keeping an eye on the latest ISM manufacturing PMI due at 14:00 GMT for fresh clues of a slowdown in the US economy. 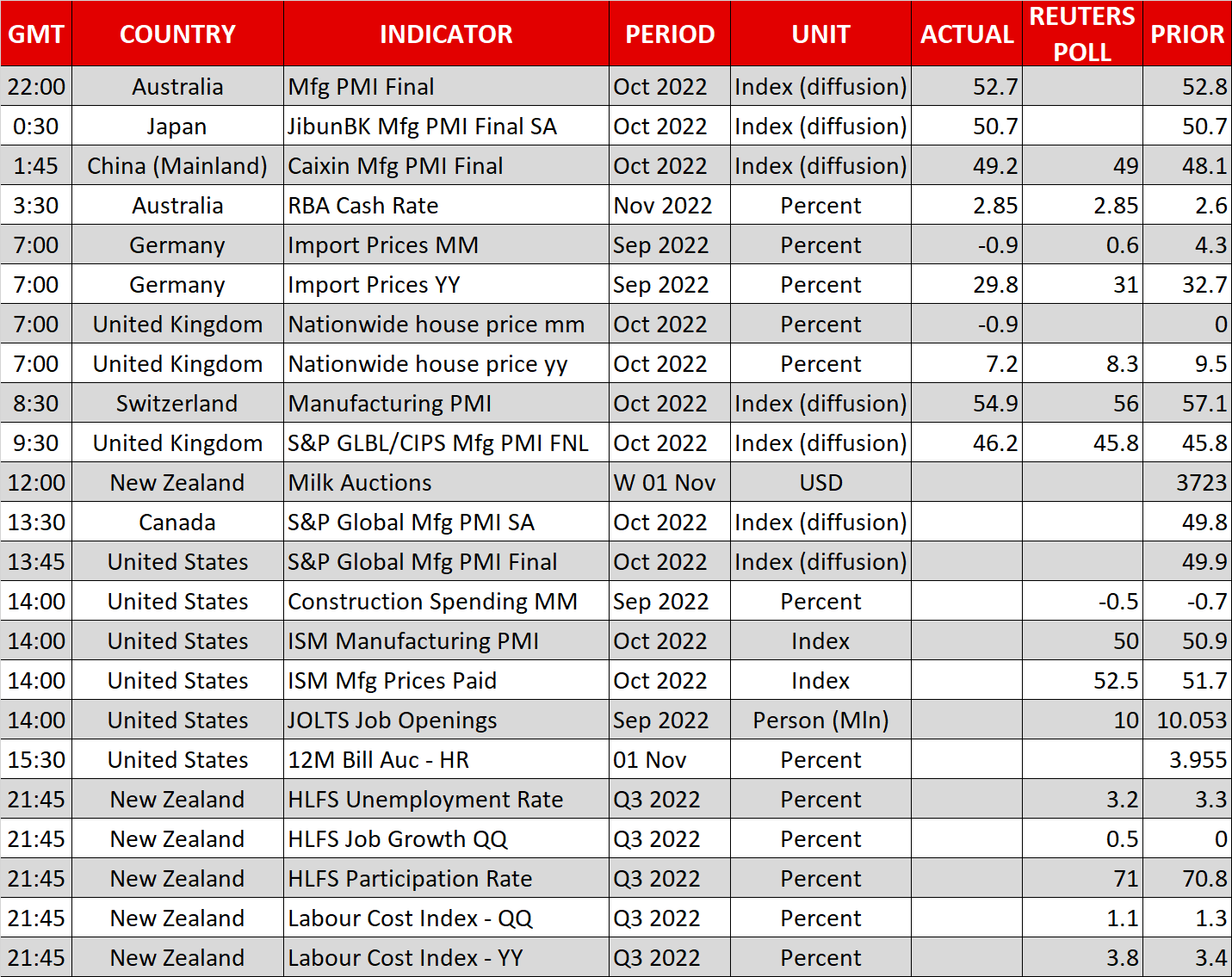