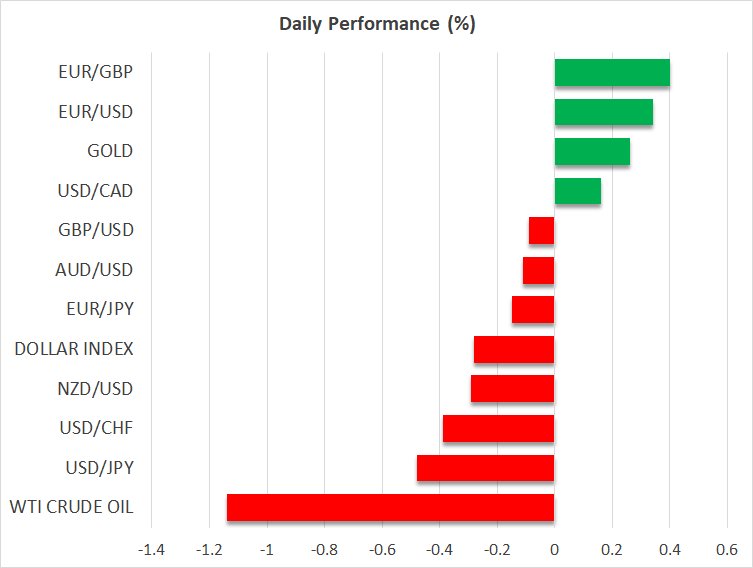 Renewed concerns about the weakening growth prospects of the major economies weighed on sentiment on Tuesday, bolstering safe-haven currencies such as the US dollar, Japanese yen and Swiss franc. Markets have been caught between a rock and a hard place since Russia’s invasion of Ukraine as central banks have no choice but to hike interest rates to contain spiralling price pressures that were worsened by the sanctions.

The lockdowns in China have only added to the sense of doom and gloom, as supply disruptions have been magnified. Other than the fact that Chinese authorities have no intention to let up on their zero-Covid approach, investors are questioning their commitment to boosting growth.

The Chinese government just announced a series of tax cuts and incentives aimed mostly at businesses, but the measures were met by a lacklustre response in the markets as investors are worried that more aggressive action will be needed to kickstart the economy.

Shares in Asia were lower across the board, with the CSI 300 last quoted down 1.8%. European and US stock futures were also in the red, coming under pressure from Snapchat owner, Snap, after the company warned that it will not be able to meet its earnings targets for the current quarter.

Although the revenue downgrade wasn’t entirely unexpected, traders are panicking that this could be the start of many more profit warnings to come from Wall Street favourites.

The S&P 500 closed up 1.9% on Monday but its e-mini futures have pulled back sharply today and were last down 1.3%. Nasdaq futures, meanwhile, slipped more than 2% as the stocks of other social media companies that rely a big chunk of their revenue on digital advertising such as Facebook slid in tandem with Snap in pre-market trade.

The risk-off tone pulled the Australian and New Zealand dollars lower, the loonie fell too, but the euro and pound were holding onto their latest gains on Tuesday.

The RBNZ is almost certain to raise its cash rate by 50 basis points early on Wednesday, but the kiwi is on the slide today on some expectations that policymakers may not sound as hawkish as anticipated regarding the future path of rates.

The euro was the best performer today, climbing about 0.3% above the $1.07 level as the ECB locks in a July rate hike.

Policymakers from the ECB have been on the same page lately, with converging views on ending QE at the start of July and raising rates in the late July meeting. There was little reaction to a mixed set of flash PMI readings for May out of Germany and France. Whilst the data could have been a little stronger, overall, it doesn’t appear that the Eurozone economy is struggling too much at the moment.

The pound was flat ahead of UK PMI numbers due shortly, holding in the $1.2585 region.

As for the dollar, its index against a basket of currencies fell on the back of the firmer euro and yen. Dollar/yen is currently hovering near one-month lows. 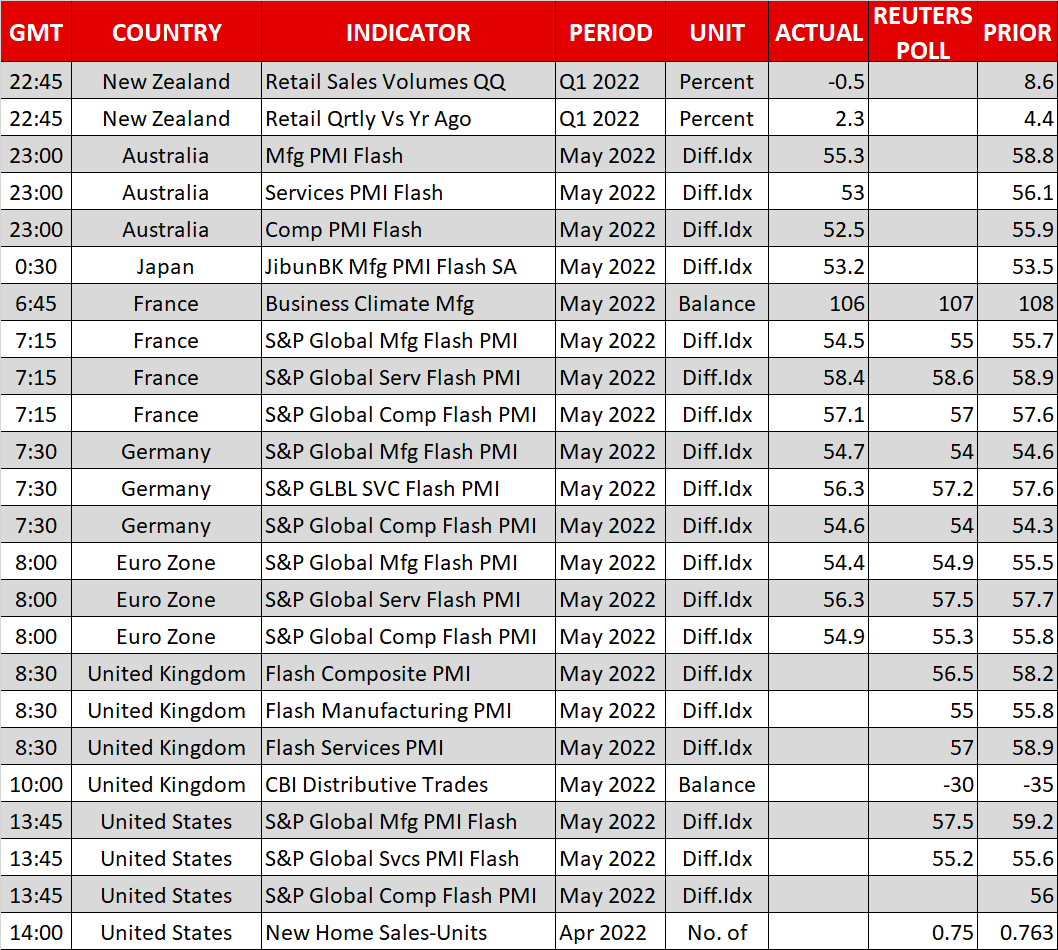