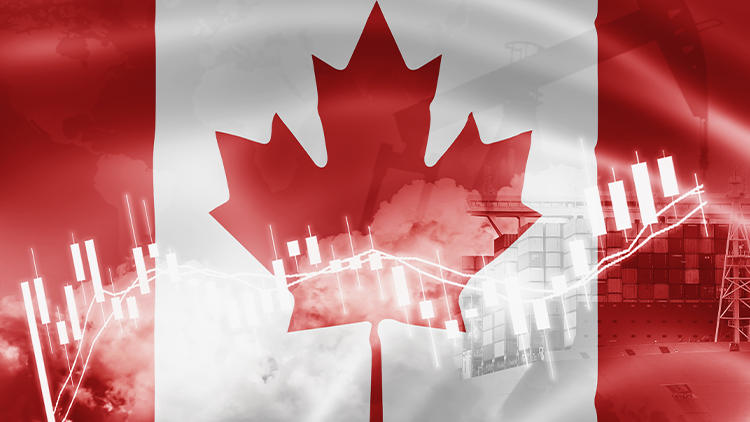 Canada will post its third quarter GDP figures on Tuesday (13:30 GMT) and like other advanced economies that have reported before it, the North American economy is expected to have rebounded sharply in the summer months. However, with daily coronavirus cases accelerating lately in Canada too, the recovery may have already started to lose steam. Yet, vaccine optimism is bolstering the local dollar, even as it lags behind its aussie and kiwi cousins in the rally against the US dollar.

After being shut down for much of the Spring, it was no surprise that the Canadian economy shrank by a record 11.5% over the April-June quarter, suffering a much steeper fall than its closest neighbour, the United States, where virus restrictions were less stringent. But following the gradual reopening over the summer, gross domestic product (GDP) is projected to have bounced back by about 10% in the third quarter.

That would still leave economic output short of where it was prior to the pandemic. Not only that, the output gap is likely to widen again in the fourth quarter as many regions across Canada have seen restrictions tighten this month. New infections have been setting daily records throughout October and November, prompting provincial authorities to place Toronto – Canada’s largest city – into a second lockdown.

Vaccine boost for the loonie

However, now that a COVID-19 vaccine has materialized, a stumbling recovery in the short term is being overlooked by investors for a brighter outlook in the second half of 2021. That is one explanation why the Canadian dollar has been on a winning streak during November. The loonie brushed a two-year top of 1.2924 to the US dollar on November 9 when Pfizer/BioNTech revealed their vaccine had an efficacy rate of more than 90%.

That breakthrough has triggered a rally in oil prices as a working vaccine would facilitate the full reopening of economies around the world, with demand for fuel subsequently recovering as well. Canada is a major exporter of oil and energy products, so its currency tends to rise alongside higher oil prices.

Expectations that the Bank of Canada will not be easing monetary policy any further are also aiding the loonie recoup its year-to-date losses versus the greenback. At its October meeting, the BoC scaled down its asset purchases by C$1 billion a week and although the recovery has since run into some trouble, the chances of additional action are low unless there was an extreme deterioration in the immediate outlook.

There’s further support for the loonie from political developments south of the border. The strained relationship between Ottawa and Washington under President Trump is likely to receive a boost following Joe Biden’s victory in the US presidential election. Apart from the two countries restoring their traditional alliance with a Biden administration, trade bonds should improve too as the era of tariff threats draws to an end – with Canada, at least.

Further gains may be tied to US stimulus

However, even with all those positive drivers and the recent strong gains, the Canadian dollar is still trailing behind the other major commodity currencies such as the Australian and New Zealand dollars. The fact that Canada’s response to the pandemic hasn’t been quite as vigorous as Australia’s and New Zealand’s could be why investors are more upbeat about those economies, and hence, more bullish about the aussie and kiwi.

But another potential factor to keep in mind for the loonie’s relative underperformance is uncertainty about the prospect of further monetary and fiscal stimulus in America. Canada’s economy is hugely exposed to that of the US, which is its biggest destination for its exports. Although the election cloud has been lifted, there are still the questions of whether Congress will approve a substantial virus relief package and if the Fed will ramp up its asset purchases to maintain momentum in the US recovery.

Should both those boxes get ticked, the loonie could be set for even steeper gains. But in the meantime, dollar/loonie faces stiff support at the lower Bollinger band, which corresponds with the 25-month trough of 1.2924. Breaking this barrier would open the door to another key support zone – the 1.28 handle.

On the upside, the middle Bollinger band could cap advances for the pair just above 1.3070, whereas the combination of a disappointing GDP reading and increased risk aversion in the markets could push dollar/loonie back above its 50-day moving average slightly below the 1.32 level.

In the event the loonie suffers a sharper selloff, the congested zone around 1.3385 could be the next target for the bears.