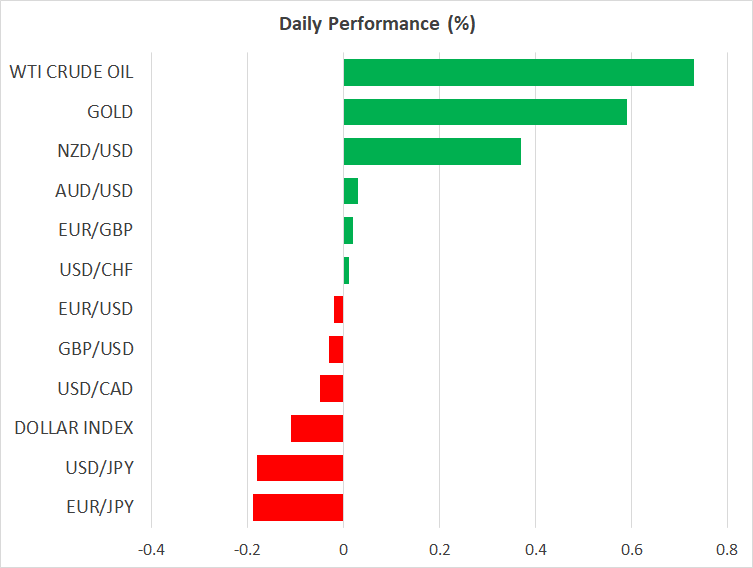 The BoE injected another dose of volatility into British assets yesterday after it announced that it is studying the implementation of negative interest rates, just six weeks after it downplayed this policy as ineffective. It seems that some political turbulence and a spike in covid infections can work magic in making an policy attractive all of a sudden.

The pound slipped as investors ramped up their easing bets. Markets now assign an 80% probability for a quarter-point rate cut by August next year. Admittedly, whether the BoE ventures into the realm of negative rates will depend mostly on how the Brexit saga plays out. A no-deal scenario for instance would all but ensure rates are headed lower, as the central bank does all it can to avoid a double-dip recession.

With the BoE out of the way, it’s all about Brexit again. The road to a trade deal looks full of twists and turns, though not impossible as there has been some progress lately, most notably on fisheries. While the coming weeks might be packed with drama as the political posturing intensifies, an eleventh-hour deal still seems more likely than not. From a purely game theory perspective, neither side can afford to throw their economies back into the meat grinder that would be a no-deal Brexit, deepening the scars the pandemic has left.

Wall Street was in a grumpy mood yesterday, frustrated that the Fed did not raise its stimulus dose right here and now. The S&P 500 fell 0.8%, with a late-session rally keeping the losses in check. The Nasdaq 100 was even heavier, shedding 1.5% amid a rout in tech darlings.

The odd one out was the dollar, which surrendered its Fed-inspired gains to trade lower despite the risk-off atmosphere. The reserve currency’s utter inability to sustain a rally echoes just how negative markets are on its longer-term prospects, as for the Fed to succeed in its fight to lift inflation the dollar must be a casualty. Don’t fight the Fed?

The turmoil might not be over yet as today is quadruple witching day, where futures and options on stocks and indices all expire. This often leads money managers to recalibrate their exposure to equities, fueling volatility in the process amid some ‘forced’ rebalancing. That said, any technical breaks today should be taken with a pinch of salt as they might simply reflect flows and position squaring, not swings in investor sentiment.

All told, while there are some near-term risks surrounding equity markets, like election uncertainty and the prospect of the US recovery stalling without another relief package, it’s difficult to be pessimistic on the broader path. Consider for a moment the scenario where a covid vaccine is developed and distributed by mid-2021, but rock bottom interest rates stay with us until 2024. It’s a jackpot for risky assets – the best of all worlds.

Furthermore, Trump and House Speaker Pelosi have been coming closer in the stimulus negotiations lately. It wouldn’t be unthinkable to see some deal before the end of the month that ‘surprises’ markets. Otherwise, it might be a tough six weeks until the election.

Crude back in vogue, Fed-speak in focus

In energy markets, oil prices defied the gloomy mood to score major gains yesterday, after Saudi Arabia hinted that OPEC’s strategy of bringing more production online might be abandoned in an environment where demand is faltering. 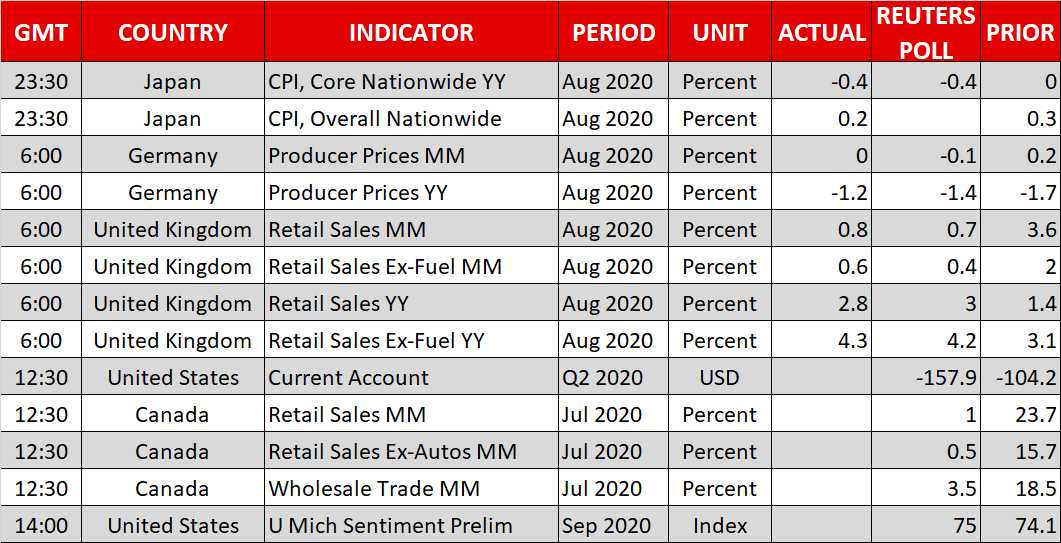