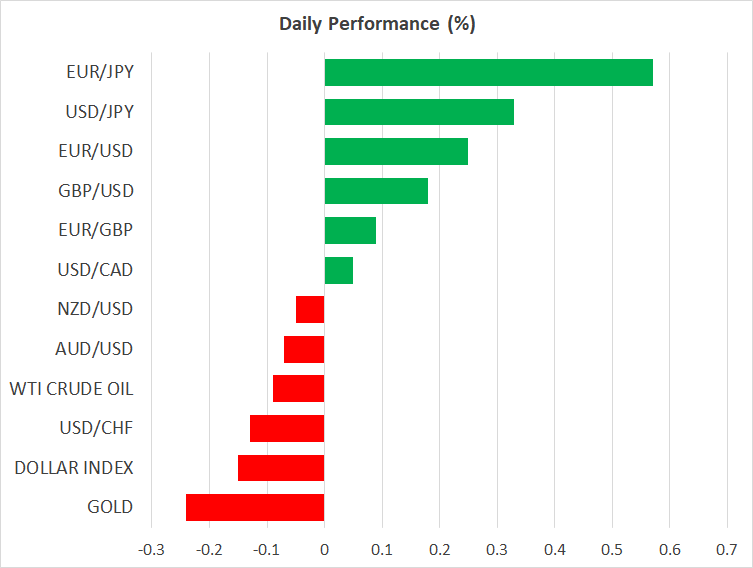 Washington and Beijing have reaffirmed their commitment to the ‘phase one’ trade deal via a call late on Monday between US Trade Representative Robert Lighthizer, Treasury Secretary Steven Mnuchin and Chinese Vice Premier Liu He. The talks, which were originally scheduled for August 15, represent the first de-escalation in tensions between the United States and China since at least May when the two sides last discussed their trade pact.

China described the call as ‘constructive’, while the US said progress was made. The positive outcome of the talks has eased immediate concerns that the White House will abandon the partial trade agreement and impose even greater restrictions on Chinese firms, especially on tech companies.

However, while this may provide some reprieve in tensions after relations soured significantly as the US blamed China for the coronavirus outbreak, there are doubts as to whether this truce will hold beyond the November presidential election. Recent remarks by President Trump suggest he is far from happy with China and all the indications are that his Democratic rival, Joe Biden, will also adopt a hard-line policy. So whoever wins the election, a further escalation of the trade war is the more probable scenario at this point.

Another day, another record for the S&P 500, Nasdaq

US shares surged on Monday as the flow of positive news continued. Earlier in the day, sentiment was boosted from Trump’s announcement that he will authorize the emergency use of plasma treatment for COVID-19 patients and that he may speed up the regulatory approval of a vaccine being developed by AstraZeneca and the University of Oxford.

The call between US and Chinese trade officials, which had not been confirmed by the White House, only added to the upbeat mood. Signs that the second virus wave in the US is subsiding and the economy continues to recover, albeit more slowly, have allayed fears of a double-dip recession. Early evidence that the resurgence of the virus in Europe isn’t causing anywhere near as many deaths as in the first wave is also being seen as encouraging by investors as it would mean there would be less of a need for fresh lockdowns.

All this has turbocharged equity markets during August on what is usually a weak month for stocks. The S&P 500 closed above the 3,400 level for the first time on Monday and the Nasdaq Composite also hit a new record. But the biggest gainer was the Dow Jones Industrial Average, which came close to erasing its year-to-date losses in a possible sign that the rally is broadening beyond the tech sector.

Asian shares closed mostly higher and European stocks rose sharply at the open in what looks like another strong day for global equities.

In an unusual move, however, the US dollar followed stocks higher yesterday as Treasury and other government bond yields rose on the back of the US-China headline. The greenback has typically gone in the opposite direction to stocks since the onset of the pandemic but more recently, Treasury yields have started to become a bigger driver for the currency as safe-haven bids are slowly unwound.

This puts an even bigger spotlight on the Federal Reserve when Chairman Powell takes to the virtual podium on Thursday. Powell is expected to comment on the Fed’s review of its monetary policy framework and any hints on what changes, if any, are to come could trigger some volatility in bond markets, and in turn, the FX market.

In the meantime, though, the dollar pulled back slightly today, with its index off by about 0.15% from yesterday’s close. The euro was back above $1.18, and sterling was slightly firmer too. The commodity-linked Canadian, Australian and New Zealand dollars were flat despite the potential boost to commodity prices from China renewing its commitment to purchase more US agricultural and energy goods.

But the safe-haven gold edged lower, flirting with its recent support region of $1,920/oz, pressured by rising bond yields.