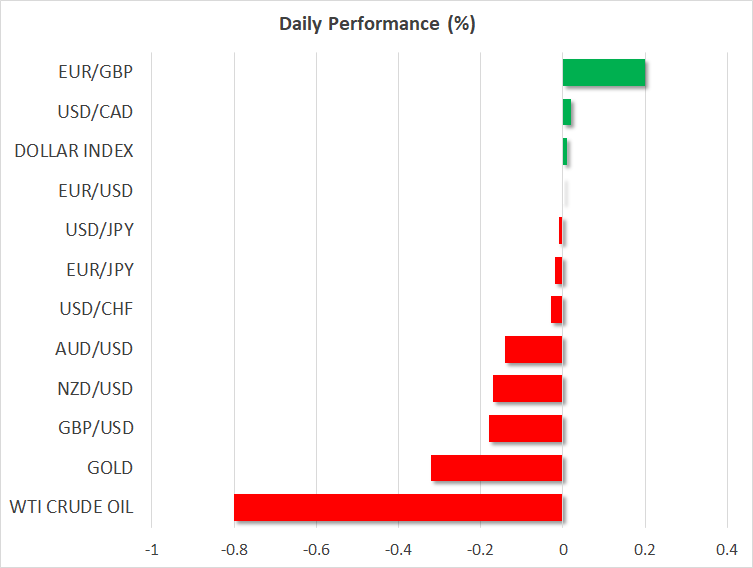 As far as V-shaped recoveries go, China’s economic recuperation from the coronavirus couldn’t look more V-shaped. Gross domestic product (GDP) jumped by 11.5% over the quarter to June after collapsing by almost 10% in the first quarter. Year-on-year growth also returned to positive territory, with GDP rising by 3.2%, well above forecasts of 2.5%.

But rather than be reassured by the upbeat headline numbers, investors finally seem to be touching base with reality as the warning signs that the global recovery will be a bumpy one continue to grow. Up until now, the resurgence of virus infections in several countries had failed to dent hopes of a speedy and robust recovery. But the slow pickup in domestic demand in China appears to have dealt a major blow to those expectations. Retail sales in China fell on an annual basis for the fifth straight month in June, suggesting consumers are not yet feeling confident enough to revert to their pre-pandemic spending habits.

China is deemed to be in a stronger position than most nations to recover economically and combat fresh virus flare-ups so if domestic consumption is unable to bounce back quickly, that raises serious questions about future growth, especially when the rest of the world remains in crisis.

The numbers of daily virus cases in the United States continue to rise at an alarming rate, forcing more states to tighten or re-impose restrictions. Fed officials have come out in droves lately to sound caution about the pace of the US recovery and markets may finally be heeding their warnings.

The Nasdaq Composite had another shaky session on Wednesday but managed to end the day up 0.6%. Traditional stocks outperformed once again, helping the S&P 500 to almost wipe out its year-to-date losses. However, with more bank earnings on the way – Bank of America and Morgan Stanley will report their results before the market open – the Nasdaq might get the chance to outshine once again, especially if Netflix does not disappoint with its earnings.

In Asia, Chinese stocks were the biggest losers, plunging on a combination of factors, amid a clampdown by authorities on excessive risk taking and disappointing retail sales figures, but also from brewing tensions between Beijing and Washington.

No end in sight to US-China bickering

President Trump is reportedly considering whether or not to ban members of the Chinese Communist Party from travelling to the US, while his administration is growing increasingly concerned about the security risks posed by Chinese social media apps like TikTok and WeChat.

Despite the worsening tensions, however, market reaction to US-China risks remains fairly muted, with not even gold responding to the latest headlines. Positive news on possible COVID-19 vaccines appear to be keeping the bears in check for now. The precious metal was last down 0.4%, perhaps coming under pressure from a firmer US dollar.

The greenback was marginally higher against a basket of currencies as European trading got underway. The main focus for the dollar today will be the US retail sales numbers, which should reveal whether May’s consumer rebound extended into June.

The euro hovered around the $1.14 level as traders await the European Central Bank’s policy announcement. Although no change in policy is expected by the ECB today, markets will want clear signals from policymakers that they are committed to their pledge to do whatever it takes to protect the Eurozone economy amid doubts about the EU’s fiscal stimulus package.

The aussie was one of the worst performers on Thursday as a bigger-than-expected jump in Australian employment in June was offset by a further escalation in the virus outbreak in Victoria. The Canadian dollar, meanwhile, pared back some of yesterday’s gains when it soared after the Bank of Canada failed to provide explicit easing signals even though it struck a strongly dovish tone. 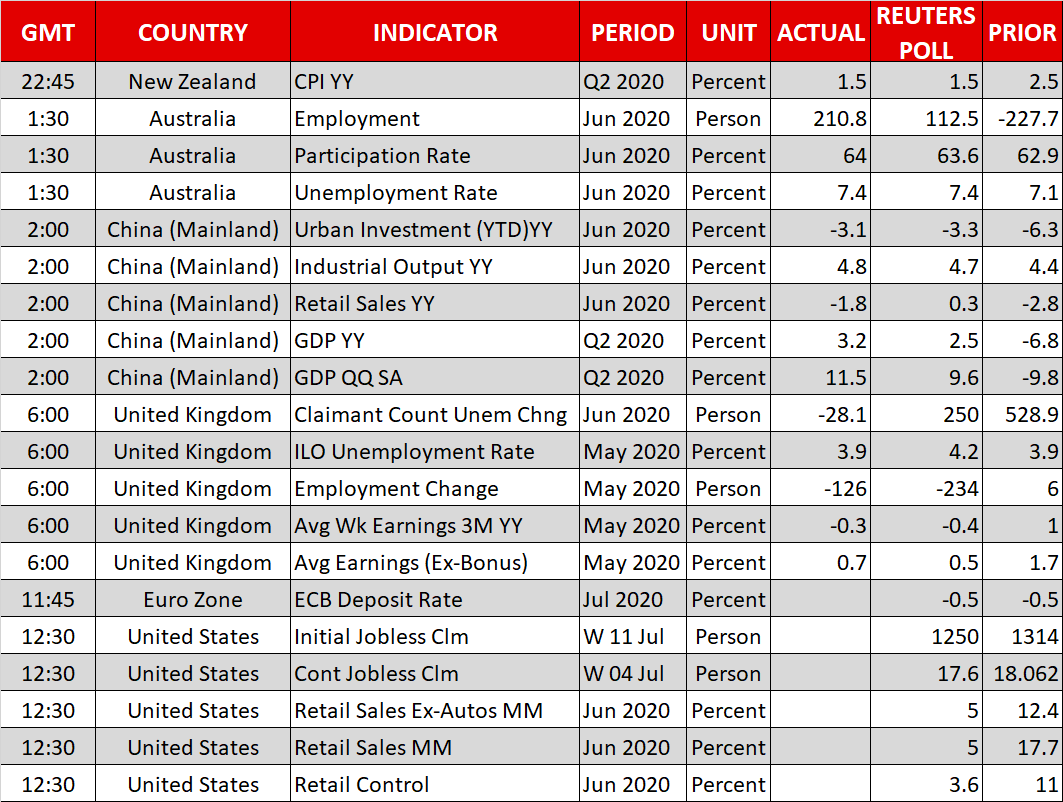