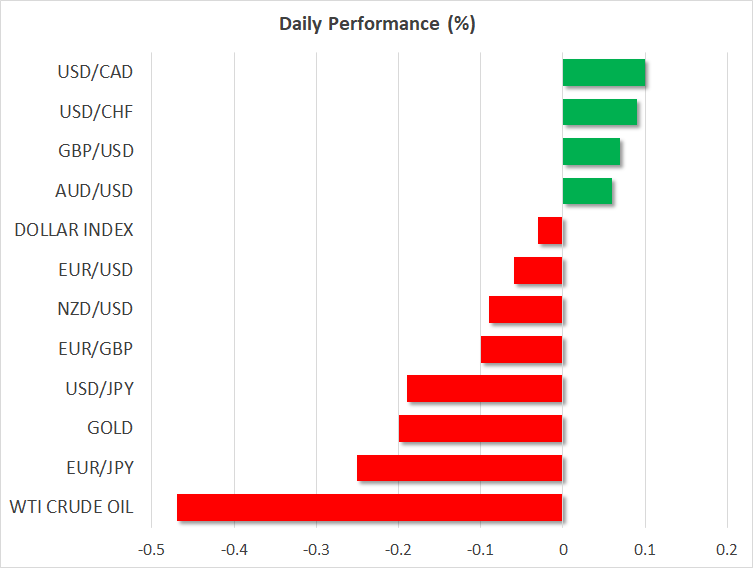 A deal on a new coronavirus relief package looked increasingly out of reach as US Senators left Washington for the summer recess, pushing the likely timing of an agreement to September when both houses return. A last-ditch attempt on Wednesday to resume talks went nowhere with Republicans refusing to meet Democrats halfway for a $2 trillion stimulus package and President Trump yesterday saying he would block any deal that contains additional funding for the Post Office.

Trump is strongly opposed to the use of mail-in voting for the forthcoming presidential election out of fear that it may harm his prospects of defeating his Democratic foe Joe Biden. His objection to any extra funds for the Post Office that would help expand voting by mail could further scupper the chances of reaching a bipartisan compromise.

While it’s possible that some negotiations may take place before the Senate reconvenes on September 8, the odds of a deal before then are slim. The uncertainty over whether the US will get another big fiscal stimulus weighed on market sentiment, though not by much.

Wall Street ended Thursday’s session mixed, with the Dow Jones and S&P 500 slightly down but the Nasdaq Composite managing small gains. Investors were encouraged by the latest weekly jobless figures that showed the number of Americans claiming unemployment benefits fell below one million for the first time since the onset of the pandemic.

The data was the latest indicator out of the US to defy gloomy predictions that the resurgence of virus cases across America would significantly dent the recovery. Although it’s possible the impact of the recent tightening of the social distancing restrictions would take time to feed into the data, the evidence so far is that the US economy is continuing to recover and that it’s far more resilient than initially anticipated.

This is leading market participants to believe that the economy would be able to get by a couple of months without a fiscal cushion to lean on until Congress gets its act together. If today’s retail sales numbers underscore that view, then stocks will likely be able to avoid a major wobble until a stimulus deal is within sight.

However, judging by recent behaviour, a poor retail sales report might not necessarily spook markets either as it could be seen as piling pressure on lawmakers to act quickly.

But it’s not just the US recovery markets need to be worried about. China’s economic rebound also appears to be losing some steam after both industrial output and retail sales missed expectations for July. Although there were some positives in the data such as increased investment activity, the figures nevertheless added to the cautious tone.

Asian stocks were mixed on Friday, Europe opened down lower and US futures drifted lower, possibly pointing to some unease ahead of a planned meeting between US and Chinese negotiators to discuss the ‘phase one’ deal and diffuse the recent flare-up in tensions.

No exact date has been announced for the meeting, but it’s thought to take place in the coming days.

In the currency markets, the US dollar was flat against a basket of currencies after bouncing back from yesterday’s lows. The euro hovered around the $1.18 level, while sterling was marginally higher, supported by positive remarks on the Brexit talks by the Irish prime minister following a meeting with his British counterpart.

The New Zealand dollar underperformed yet again this week after being knocked down by a dovish RBNZ and an attempt by policymakers to talk down the currency.

A spike in new coronavirus cases in New Zealand in recent days is further curbing the kiwi as a worsening virus situation is only adding to speculation that it’s only a matter of time before the RBNZ cuts rates into negative territory. 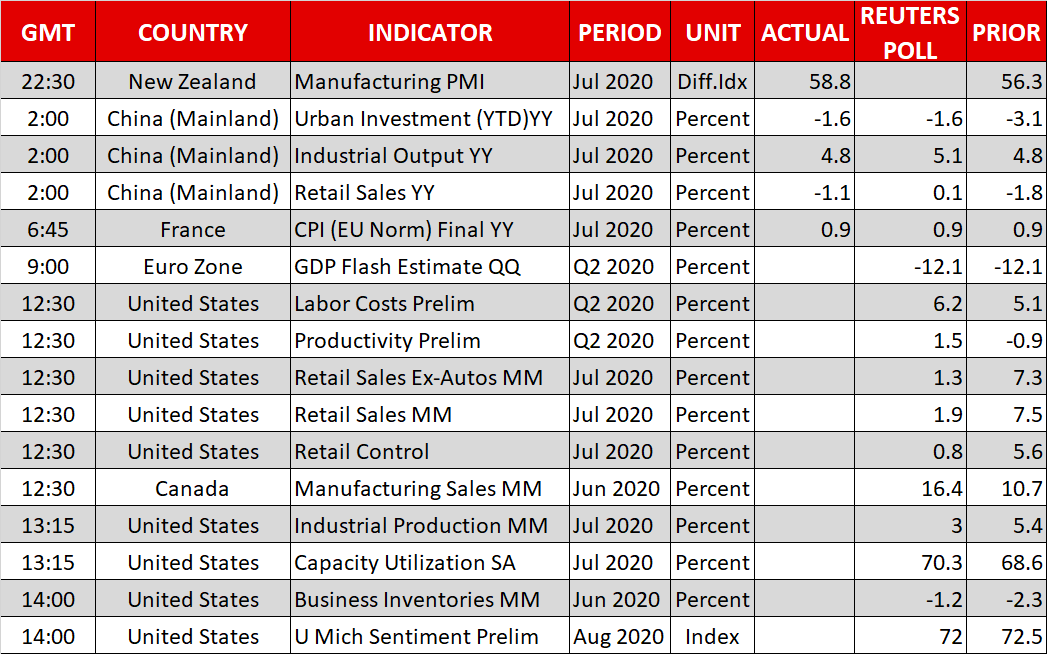