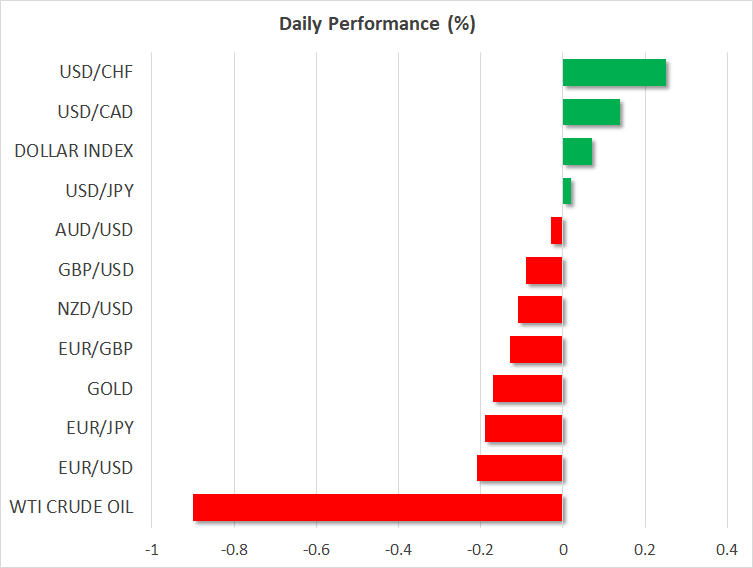 Global equity markets were a sea of green on Thursday, with European and American stocks gaining more than 1% after China indicated it won’t retaliate immediately to the latest US tariffs and that the planned trade talks could still go ahead in September. Investors took this as a signal that Beijing doesn’t want the trade conflict to spiral out of control and escalate into an all-out economic war, which gave them the green light to increase their risk exposure.

The dollar outperformed all its major peers – besides the oil-bolstered loonie – as the calmer trade rhetoric saw market expectations for an aggressive half-point (50bp) Fed rate cut next month completely evaporate. A quarter-point rate reduction is still fully priced in, though.

Can this risk-on mood last? Admittedly, that may be difficult. China merely signaled that it’s open to more talks, of which there have been several rounds so far, with little to show for. In other words, negotiations do not mean progress, even if the two sides meet in September. Meanwhile, Washington will launch its next salvo of tariffs on Sunday, and the tensions in Hong Kong look to be intensifying, with Chinese state-run media increasingly not ruling out military intervention. Hence, this calm still looks like a temporary reprieve in a bigger trend of risk aversion.

ECB officials argue against QE, but euro doesn’t ‘buy it’

In euro land, ECB policymakers Knot and Lautenschlager voiced opposition to a big stimulus package in September, both arguing against the central bank launching another round of QE. Interestingly though, markets overlooked their remarks, with the euro moving lower instead of higher – most probably because both officials are well-known hawks.

Some comments by incoming ECB President Lagarde that Eurozone rates have not hit the lower bound likely helped push the euro down. Still, it appears that a large stimulus bundle in two weeks is not a done-deal, and that Draghi may have to exercise his powers of persuasion to bring about a consensus for restarting QE.

As for the euro, it will probably take its cue from the latest euro area inflation figures due today, as they could play a large role in determining the size and scope of any ECB stimulus. And while there is a risk that the ECB disappoints markets in September by not delivering enough easing, the broader outlook for the euro still looks negative, as the trade war combined with Brexit risks have brought the European economy to the brink of recession.

Euro/dollar is currently testing its recent 2-year lows, not least due to a stronger greenback, and a bearish break could signal that the broader downtrend is back in force.

American and Canadian data in focus

Besides the European inflation stats, we will also get inflation numbers from the US, where the core PCE price index for July is expected to have held steady at 1.6% in yearly terms. Personal income and spending data for the same month are due out as well.

In Canada, GDP growth figures for Q2 are on tap, ahead of the BoC policy meeting next week. 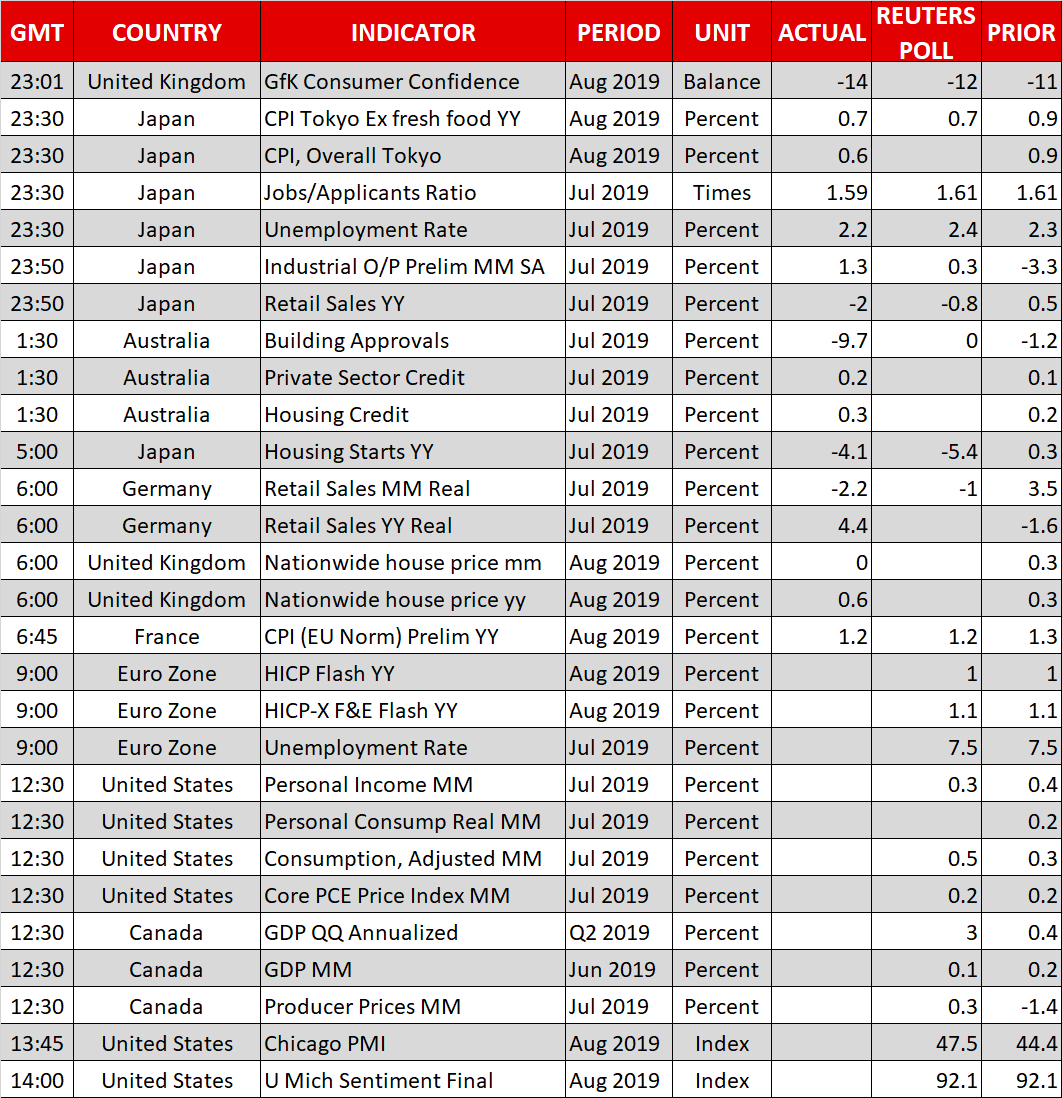