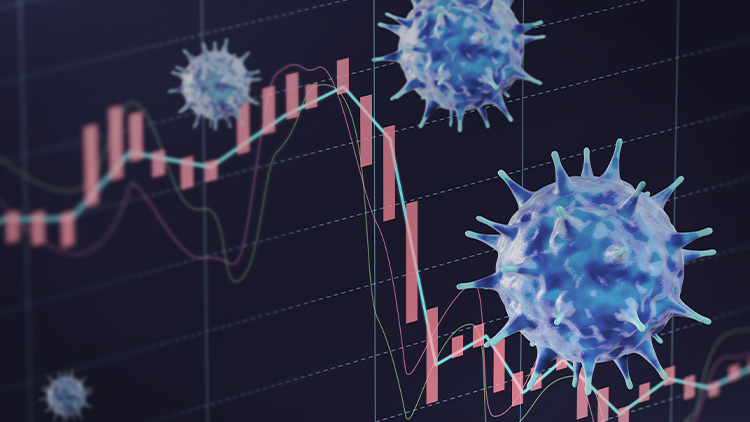 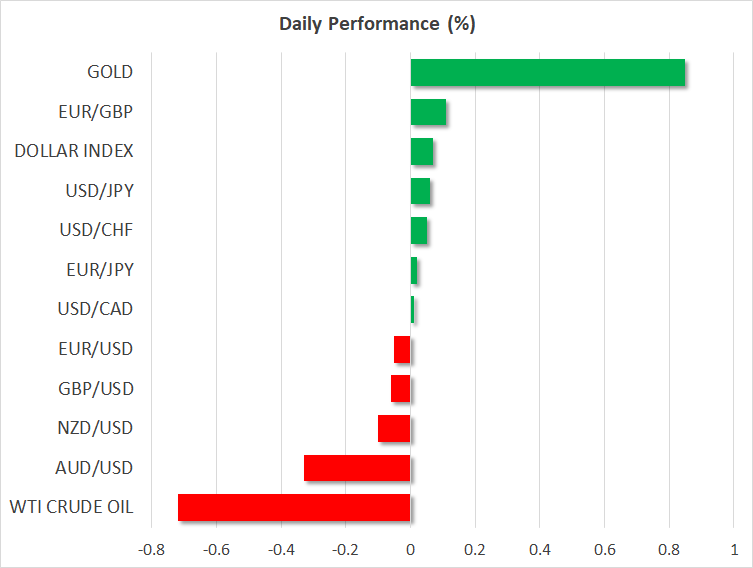 Optimism that an end to the global pandemic is within sight was unable to override the darkening clouds on the immediate horizon as Covid restrictions are on the up again. After Germany’s news that it is to enter a hard lockdown, the Netherlands and Czech Republic followed suit with similar announcements.

Even in the United Kingdom, where a tough three-tier system has been in force for some time, the government yesterday placed Greater London and several other regions in the southeast under the strictest tier, dealing a major blow to the economy.

But it’s not just Europe that is being forced to get tough again as the virus is also out of control in the United States. So much so that New York’s mayor warned on Monday that the city should be ready for a full lockdown.

The worsening outbreak globally reminded investors that there’s a long way to go still before things can get back to normal even as Canada and the United States became the next countries to begin rolling out vaccines for Covid-19.

The dent in the optimism pushed Wall Street into the red on Monday, with both the Dow Jones and S&P 500 closing lower. However, the Nasdaq bucked the trend to end the day higher and futures for all three indices were positive today. Shares in Europe were mixed as traders were cautious ahead of possible breakthroughs in the negotiations for a stimulus deal in the US Congress and a post-Brexit trade agreement between the UK and EU.

Uncertainty about the Federal Reserve’s policy decision tomorrow also kept some traders on the sidelines but supported the US dollar. The slight rise in risk aversion lifted the greenback off yesterday’s fresh 2½-year low against a basket of currencies and its index was trading marginally higher today.

Its next move will likely depend on whether markets are greeted by positive or negative headlines regarding the Brexit and US stimulus negotiations.

All the right noises but can Congress find consensus?

The vibes coming from Capitol Hill over the past 24 hours have been quite encouraging and there is hope that the bipartisan proposal published yesterday, which consists of two separate packages, will provide a way forward for negotiators.

However, while there appears to be genuine momentum among both Republicans and Democrats to get a deal done quickly, with even Senate Majority Leader Mitch McConnell sounding upbeat, the somewhat muted response in the markets to the signs of progress underlines the fact that we’ve been here one too many times before.

It was a similar story on the Brexit front as talks continue to find an agreement on the terms that the UK and EU will trade with each other as of January 1, 2021. However, while the EU’s chief negotiator, Michel Barnier, sounded hopeful, saying that a deal “is still possible”, the British side attempted to downplay the progress, warning that the talks “remain difficult”.

Fisheries and a level playing field are the only two sticking points that have yet to be resolved, but with time extremely short, there is growing talk that a deal may only be possible in the new year, meaning that Britain and the EU may temporarily have to trade on WTO terms.

The pound fell back from its highs and was once again testing the $1.33 handle as the combination of the tighter virus curbs in London and lack of clear direction in the Brexit negotiations weighed on the currency. The euro and the Canadian dollar managed to hold flat against the firmer greenback, but the Australian and New Zealand dollars came under pressure.

Dovish meeting minutes and remarks from the RBA and RBNZ, respectively, as well as the easing in risk appetite, took the steam out of the two currencies’ latest impressive run higher. The aussie was additionally pressured by China formalizing its import restrictions on Australian coal as tensions between the two countries remain elevated. 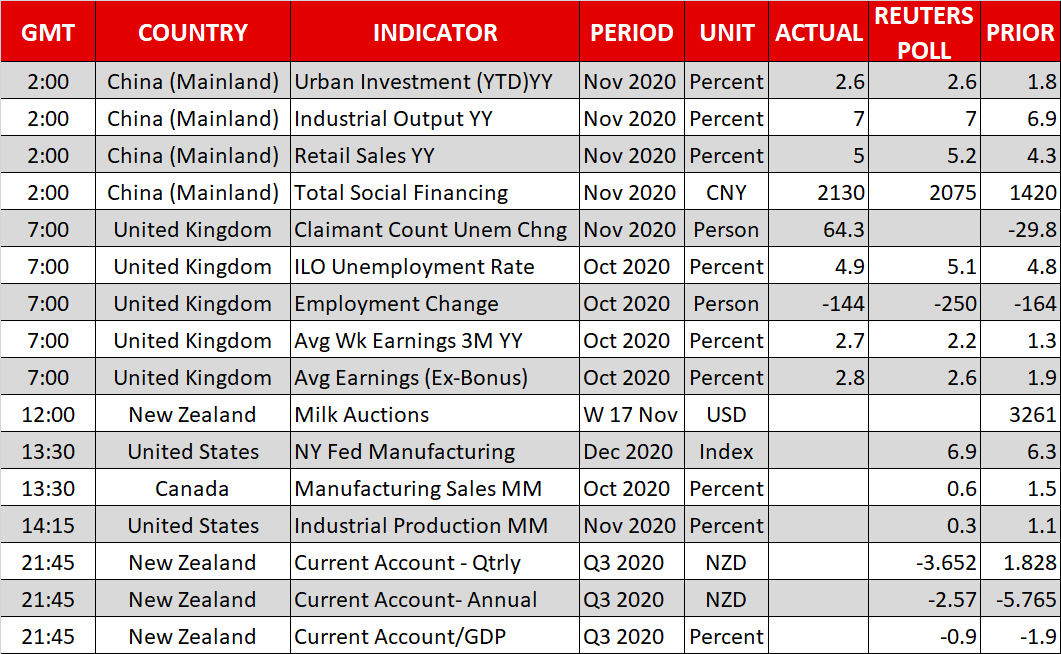