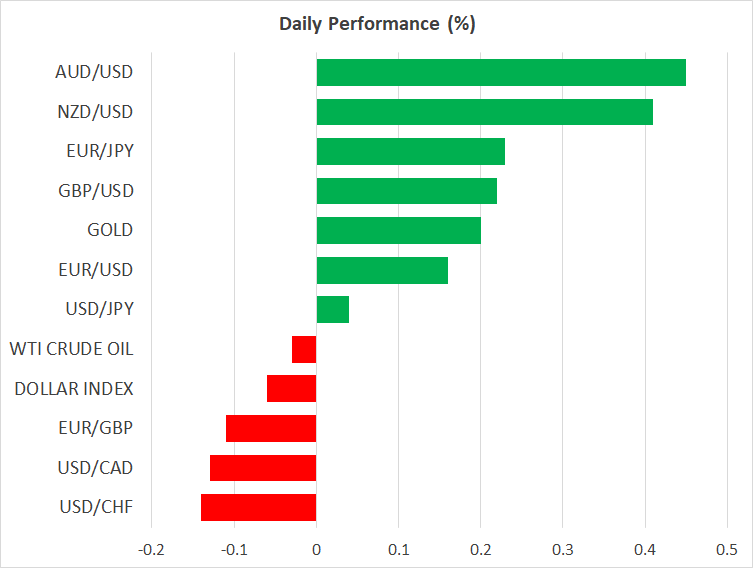 With the correlation between FX and stock markets going through the roof in recent months as the dollar reclaimed its safe-haven throne, risk sentiment has become the dominant force in the currency arena. Emotions are the name of the game, and those can swing wildly and quickly. In a few short weeks we’ve gone from caution, to panic, to skepticism, to greed, to euphoria, and now we seem to have come back to the caution stage.

Virus cases around the world continue to climb, with the World Health Organization reporting the largest one-day increase on record yesterday. In America, the most populated state by far – California – saw a record jump in its cases, as did Arizona, while the numbers from Florida also raised alarms.

What really got the market’s attention though, was an announcement by Apple late on Friday that it will close down some of its recently reopened stores in states that have seen a resurgence of infections, as a precautionary measure. Stocks turned lower on the news while the dollar and the yen jumped as investors weighed the prospect of more companies following suit, threatening the narrative of a rapid recovery.

Mood calmer on Monday, but can it last?

But nerves seem to have calmed on Monday, with the dollar and the yen giving back most of their gains, commodity currencies recovering, and e-mini futures tracking the S&P 500 pointing to a ~0.7% higher open when Wall Street opens. That said, there hasn’t been any positive news catalyst behind this rebound, so incoming headlines could be crucial. 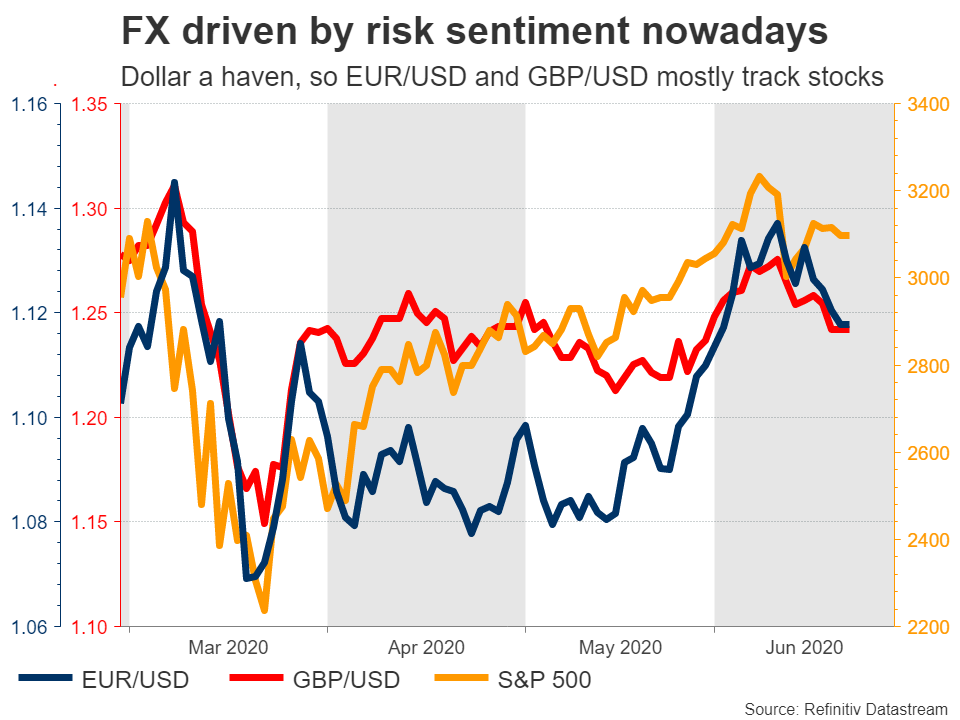 Gold was the outlier in all this, defying the improved mood to reach a one-month high, before finding fresh sell orders near the upper boundary of the range it has been trapped in since April and retreating somewhat. One factor supporting gold may be the slight pullback in the dollar, but perhaps a bigger one is the expectation that if things get really bad, the Fed will have no choice but to enact yield curve control – a most bullish outcome for bullion.

Or perhaps it’s the worsening geopolitical picture that’s given gold a shot in the arm, after India announced it will grant its military personnel stationed on the Chinese border ‘full freedom of action’, including using firearms if their lives are threatened. This follows deadly clashes last week between Indian and Chinese troops that left several dead.

This is yet another tail risk that markets are mostly ignoring. Escalating skirmishes between the two nuclear powers is the last thing the global economy needs right now.

In the coming days, the battle that will play out in the markets is that between stimulus-fueled optimism and fears of another virus outbreak. The decisive variable will likely be how quickly US virus cases increase.

Even though the White House remains adamant it won’t shut down the economy again in any scenario, that decision ultimately comes down to state officials, who might be facing a shortage of hospital beds. Moreover, the latest move from Apple shows that companies might take matters into their own hands well before that.

Finally, the economic calendar is very light today, as investors await the PMIs for June from around the globe tomorrow.