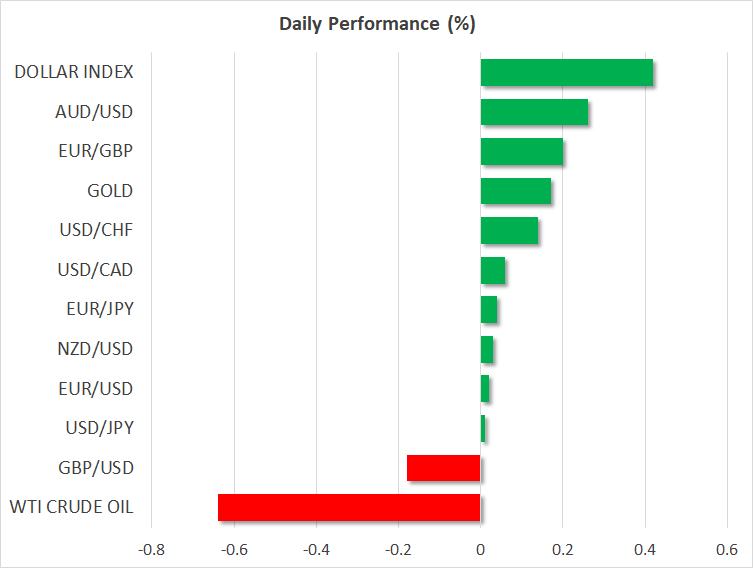 Only five weeks left to reach a deal and Britain and the European Union are too busy posturing than negotiating, with Boris Johnson’s latest rhetoric once again raising the prospect of a no-deal Brexit. As the talks to agree on a post-Brexit trading relationship enter their eighth round, Johnson appears to have gained the upper hand, warning the EU that if they’re not able strike a deal they should “accept that and move on”. In a reminder of his Brexiteer roots, Johnson indicated that the UK would be perfectly happy with an Australia-style trading arrangement in a no-deal outcome.

Meanwhile, reports that the UK government is considering rewriting some parts of the Withdrawal Agreement has further irked the EU ahead of what is meant to be a crucial round of talks that could determine whether a deal by Johnson’s deadline of October 15 is feasible.

But as both sides continue to blame each other for being too inflexible many punters see the odds of a deal at just 50-50 as time is fast running out. Johnson’s attempt to up the ante just before the talks are due to begin has unsettled the currency markets.

The pound has fallen sharply against all its major peers, hitting two-week lows versus the US dollar and the euro.

As sterling skids from multi-month highs, the euro rally appears to have run into trouble of its own. The single currency has been on a shaky ground lately as recent data has cast doubt on the strength of the Eurozone recovery, while US indicators point to a minimal hit on the American economy from tightened virus restrictions and reduced fiscal support.

The notion that the Eurozone will outperform the US has been the main driving force behind the euro’s incredible gains. But that view is being increasingly questioned and if it wasn’t for the Federal Reserve’s policy shift that aims to keep US rates lower for longer, the rally may not have a leg to stand on.

The euro continued to drift lower today, testing the key $1.18 level, as traders wait on the sidelines for the European Central Bank meeting on Thursday. Signs that the European recovery is losing steam, the renewed threat of deflation and the Fed’s dovish tilt may force the ECB to flag further monetary easing before the year-end, which could sound the death knell for the euro’s uptrend.

The sluggish pound and euro lifted the dollar index above the 93.0 level on Tuesday, though the greenback fared less well against its other rivals. The dollar was flat versus the yen and slipped against the Australian dollar, in a sign of improved risk appetite following last week’s tech selloff.

Growing hopes that a coronavirus vaccine is just around the corner are sustaining the risk rally even as tech stocks look increasingly exposed to a sharp downside correction amid concerns about excessive valuations.

Yesterday’s rebound in European shares and today’s strong performance in Asia while US markets were closed suggest the rout is confined to the overweight tech sector and this is being underlined by US stock futures, which are implying a more than 1% drop for the Nasdaq Composite at the open but a marginally lower start for the S&P 500.

There was little reaction by traders to President Trump’s latest rant against China. Speaking to reporters on Monday, Trump again raised the prospect of the US ‘decoupling’ from China, in a possible hint of what’s to come should he win a second term as president.

But markets so far don’t appear too concerned about the possibility of US-China relations reaching boiling point soon. Nor is there much of a knock-on effect from the slump in oil prices, which is being led by fears of a weaker-than-expected bounce in demand for the commodity.