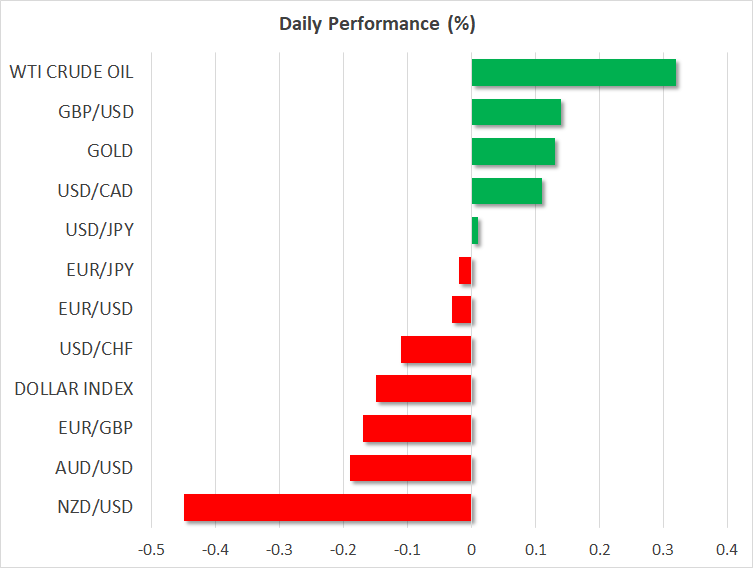 It was a dramatic turnaround for Wall Street on Monday, with all three main indices wiping out earlier sharp losses to close with solid gains, as investors brushed off fears of a second wave of COVID-19 infections as the Federal Reserve readied two of its key emergency facilities.

The Fed’s long-awaited Main Street Lending Program finally opened yesterday, ensuring that essential credit flows to small- and medium-sized businesses. But what really cheered the markets was the Fed’s announcement that as of Tuesday, it will begin buying corporate bonds directly from issuers rather than solely through Exchange Traded Funds.

The unprecedented intervention by the Fed was just another reminder of the lengths the US central bank will go to safeguard the economy from the pandemic. The bout of risk aversion hitting the markets late last week shows the virus turmoil is far from over. But what is perhaps more worrying is how immune markets have become to negative news, with even a spike in infections across several US states in recent days and new virus hotspots being uncovered in Beijing not being enough to put a stop to the risk rally.

In a further boost for equity markets, a Bloomberg report that the Trump administration is drawing up plans for a $1 trillion infrastructure package sent Asian stocks flying early on Tuesday. The Nikkei 225 index soared by almost 5% and European shares opened more than 2% higher, though US stocks appeared to be losing momentum. But that’s no surprise considering that S&P 500 e-mini futures are testing the 3,100 level just a day after dipping below the 3,000 level.

Oil also appeared to be running out of steam, with WTI and Brent crude slipping on Tuesday, while gold was flat around $1,725 an ounce.

Investors will probably want to see more evidence of demand picking up before pushing oil significantly higher as the stimulus-led rally in stock markets is not of much significance to commodities where fundamentals matter more. And the next major clue on demand could come from US retail sales numbers due later today. Retail sales in the US are forecast to have rebounded strongly in May as the lockdowns were slowly eased, with markets likely to be sensitive to any big surprises.

Fed Chairman Jerome Powell will also be on investors’ radar as he begins a two-day Congressional hearing at 14:00 GMT. Powell only spoke last week at the FOMC press conference so is unlikely to add anything new. However, after his downbeat views sank stocks, Powell may put a more optimistic face on when he addresses lawmakers.

The US dollar was trading lower against a basket of currencies ahead of Powell’s testimony. But that was mainly on the back of a stronger pound, as the greenback was flat against the yen and the euro struggled to build on yesterday’s advances.

There was little reaction to the Bank of Japan’s decision earlier today to keep policy unchanged, so the attention now is on the Swiss National Bank’s and Bank of England’s policy meetings on Thursday.

The BoE is expected to announce more QE, which should help sterling recover more lost ground, having come under pressure over the past week on rising fears of a no-deal Brexit. The UK and the EU yesterday agreed to intensify talks in July as negotiators have only until the end of the year to reach a deal on a post-Brexit trade agreement.

With a lot of difficult issues yet to be worked out, the risk that the UK crashes out of the EU’s single market on December 31 is uncomfortably high. For now, though, the pound is content that all is needed to get the talks going, at least according to Prime Minister Boris Johnson, is “a bit of oomph”. 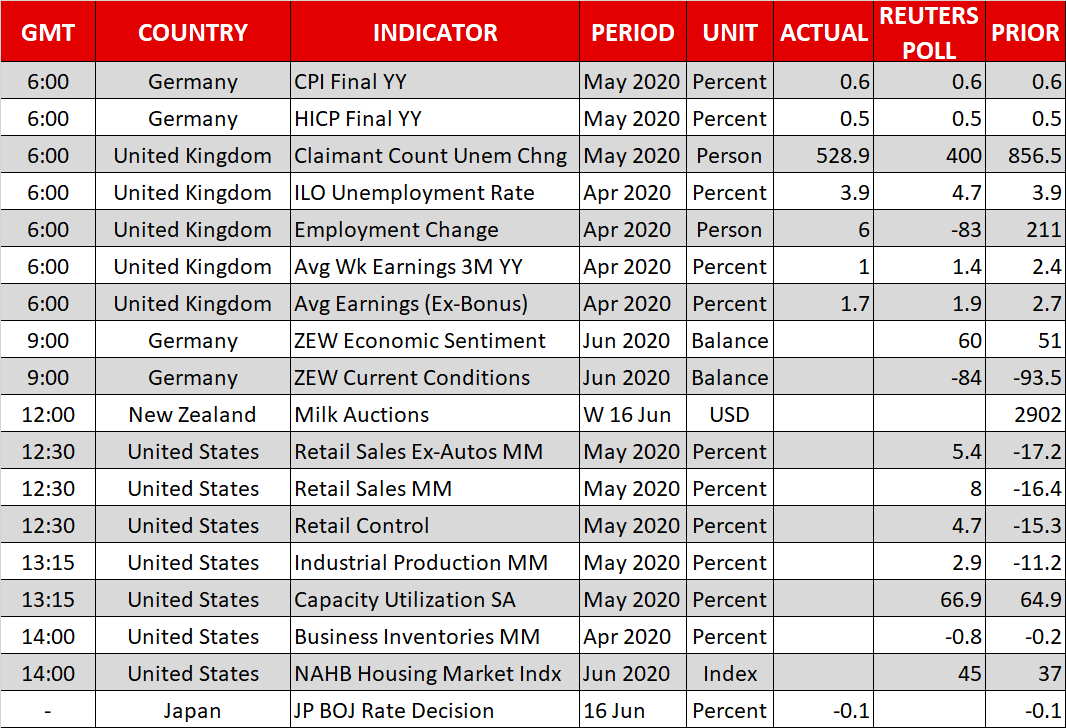