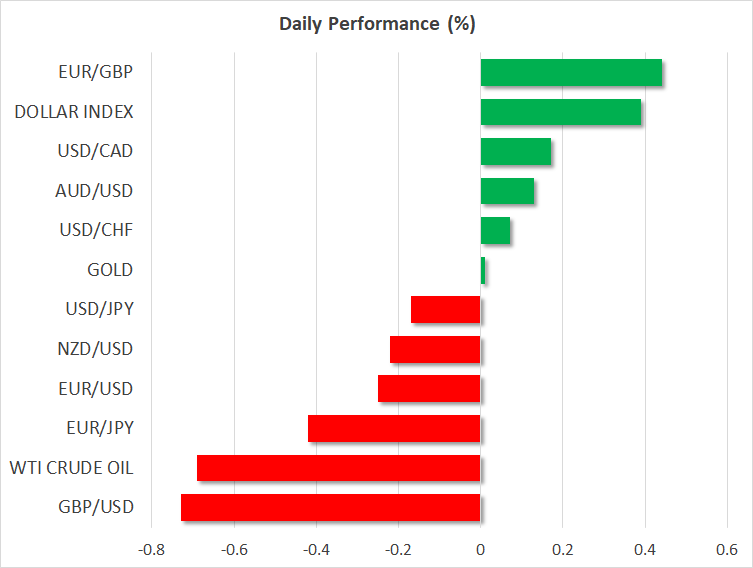 British lawmakers will today vote on whether to take control of the Parliamentary agenda in order to force a vote on Wednesday on extending the Brexit date beyond the October 31 deadline by three months. However, with eight Conservative MPs having so far confirmed that they will back the motion put forward by a group of opposition lawmakers, Prime Minister Boris Johnson is not standing still and is threatening to call a snap election if today’s bill is passed.

Such is the level of hostility to Johnson’s Brexit strategy that Tory Remainers are willing to lose the party whip and be expelled from the parliamentary party as they fight to avert a disorderly exit from the European Union. It is believed there could be at least 20 Tories who would potentially rebel against the government.

But the bill is already facing hurdles, as apart from the shortened time to pass any new legislation following the government’s decision to prorogue Parliament, the Prime Minister yesterday announced he could call an election for October 14 if anti-Brexit MPs are successful in today’s vote.

Complicating matters even more, Labour have signalled they would only vote for a general election (which requires two-thirds majority in the Commons) if the government agrees to certain conditions such as extending the Brexit deadline. If all else fails, senior ministers have suggested the government may not abide by the legislation to seek another extension of the Brexit deadline.

The unsettling developments have had a notable impact in currency markets, with the pound tumbling across the board. Cable plunged below the $1.20 level today for the first time since 2017, hitting the lowest since the flash crash of October 2016. It was last trading at $1.1983, while the euro was 0.4% higher at 0.9130 pounds.

Elsewhere, it was a mixed picture as fresh uncertainty about the planned trade talks between the United States and China for September pressured stocks and the Chinese currency, the yuan. Bloomberg reported yesterday that the two sides are struggling to agree on a schedule for the next round of negotiations, leading some investors to question whether the talks would even go ahead.

Adding fuel to the fire, China filed a complaint to the WTO against the US concerning the imposition of tariffs on $300 billion worth of Chinese goods.

The trade anxiety kept US equity futures in the red, pointing to a negative open when US traders return from yesterday’s holiday. But China’s main indices managed to reverse earlier losses to end the day slightly higher. The yuan remained on the backfoot, however, and skidded to fresh 11-year lows, touching 7.1844 per dollar in onshore trading.

The Australian dollar tracked risk sentiment lower, slipping to 4-week lows, but managed to rebound following the Reserve Bank of Australia’s decision to hold interest rates unchanged at its policy meeting today. The aussie recovered to around $0.6718 but the bounce is likely to be short-lived as the Bank kept the door open to more cuts.

Traders will be watching the second quarter GDP estimates due out of Australia early tomorrow morning for clues as to how soon the next rate cut will come. Before that, however, the ISM manufacturing PMI out of the US will be eyed as concerns mount that America’s manufacturing sector could soon join other nations in entering a contraction. 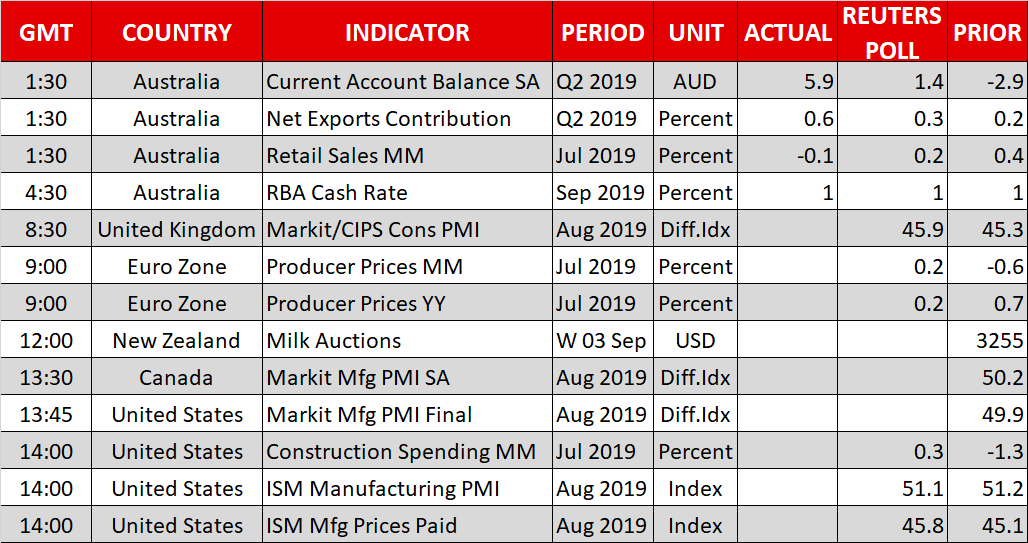