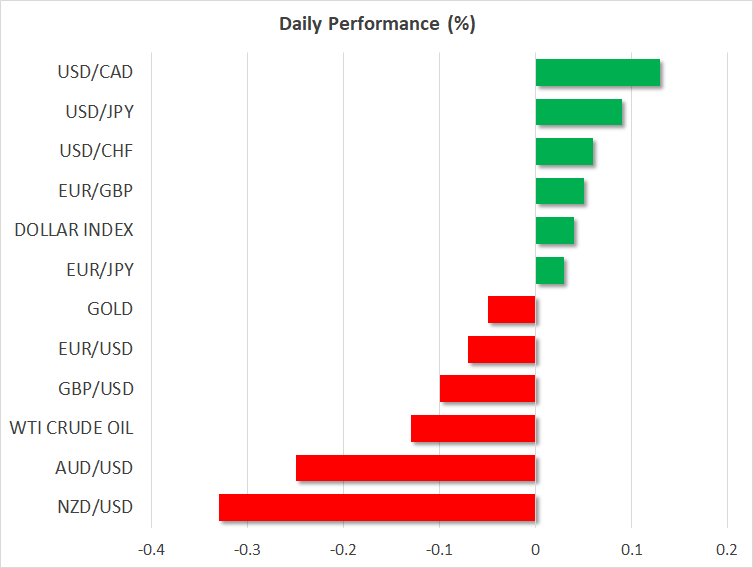 Calm returns to US money markets

The US Federal Reserve carried out its first overnight repo operation since the financial crisis after short-term borrowing costs surged to 10% on Tuesday. The spike was caused by a funding squeeze brought on by large corporate quarterly tax payments for the September quarter and the settlement of Treasuries from last week’s auction and market sell-off.

The Fed has confirmed it will hold another repo operation today to inject a further $75 billion into the financial system. But while the New York Fed, which intervened on behalf of the central bank, was successful in calming markets yesterday, some analysts think a bigger policy response will be required by policymakers.

Overnight rates have come back down, and the volatility was confined to money markets, though some traders contributed the dollar’s losses to emerging expectations that the Fed might have to start expanding its balance sheet again.

The US dollar was steady against the yen around 108.20 but was up against a basket of currencies on Wednesday after falling sharply yesterday on the back of a strong rebound in the euro and the pound. The euro climbed back above $1.10, getting a boost from better-than-expected ZEW economic sentiment survey out of Germany. The pound hit a 2-month high of $1.2526 amid renewed efforts by Britain and the EU to find a solution to the Irish backstop problem and avoid a no-deal Brexit.

Fed expected to cut rates; all eyes on dot plot

The Fed is due to announce its latest policy decision at 18:00 GMT and is widely expected to cut rates for the second time since July. But with a 25-basis points rate cut being a near certainty, investors will focus on the Fed’s updated economic projections as well as the predicted path of interest rates over the coming period.

The dot plot is likely to lay bare the divisions within the Federal Open Market Committee (FOMC), which remains split about the need for policy easing at a time when the US economy is still growing healthily. If the markets sense FOMC members are not converging to a more dovish viewpoint and expectations of additional rate cuts are cast into doubt, Treasury yields are likely to jump higher, lifting the dollar.

Investors will also be watching Chairman Jerome Powell’s press conference at 18:30 GMT and his response to this week’s turmoil in US money markets for hints on whether the Fed will consider restarting purchases of Treasuries if the funding squeeze were to worsen.

But as traders geared up for a frenzy of central bank announcements – the Bank of Japan, the Swiss National Bank and the Bank of England all meet tomorrow for their policy decisions – there was some positive news as the oil market appeared to be returning to normal.

Both Brent and WTI oil have reversed more than half of Monday’s spike when Saudi Arabia’s largest oil processing facility was hit by drone and missile strikes. Iran is suspected to be behind the attacks but the United States’ restrained response and the announcement yesterday by Saudi Arabia’s energy minister that the country will restore output by the end of the month eased fears of major supply shortages.

The receding risk of an oil price shock is also good news for central banks as they move to cut rates to bolster sagging economies. A surprise cut in interest rates shouldn’t be ruled out by either the BoJ or the SNB, with only the BoE seen as the safe bet in keeping policy unchanged. 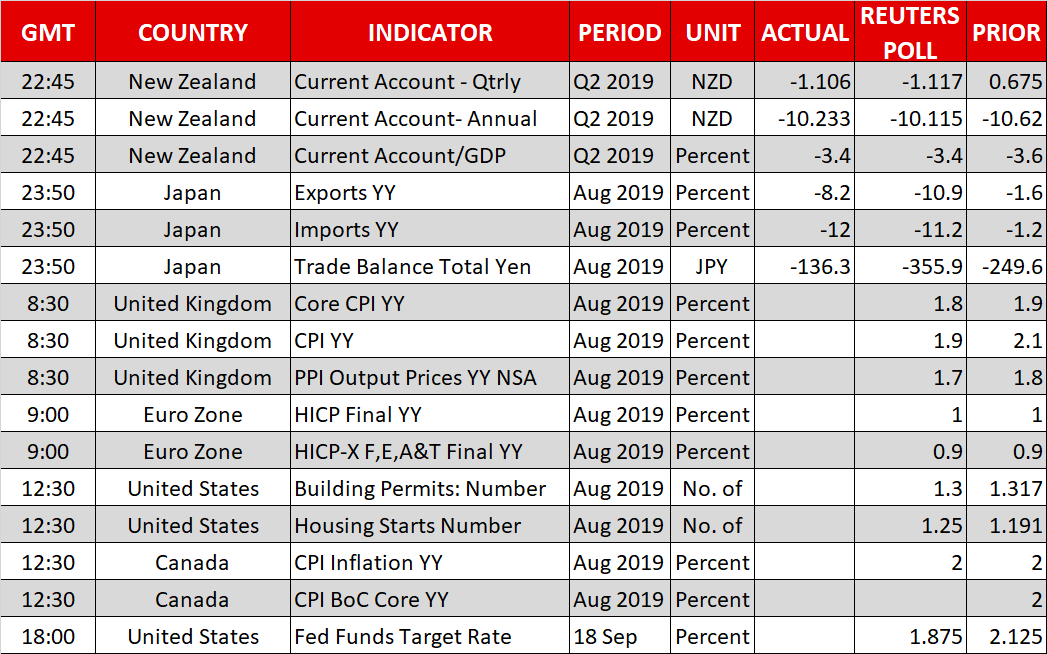