Daily Market Comment – US protests rage on, start to weigh on dollar 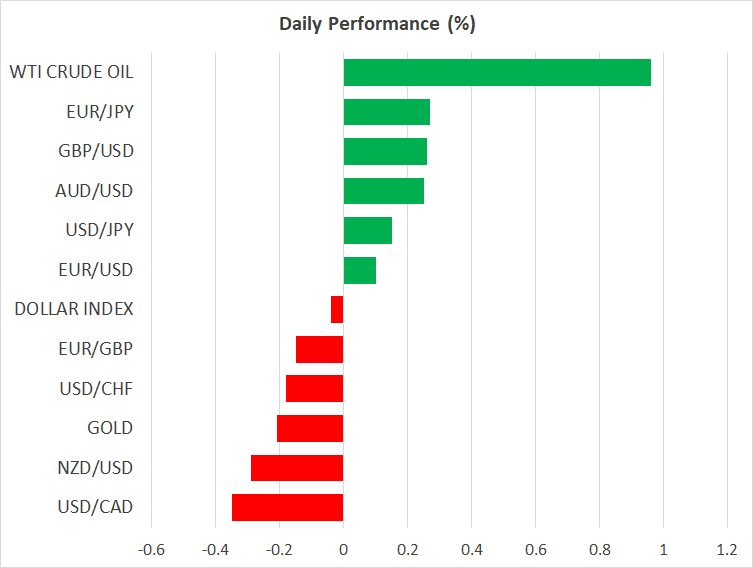 Mass protests continue for a seventh day across major cities in the United States, causing widespread damage and looting in what is another blow for businesses already crippled by the shutdowns from the coronavirus pandemic. Making matters worse, President Trump described the demonstrations over the unlawful killing of a black man by a police officer as “acts of domestic terror”, inflaming racial divisions in the country rather than calling for unity.

But more worryingly, Trump is threatening to deploy the military to quell the protests, raising the alarming prospect of the US imposing martial law.

With the demonstrators’ anger showing no sign of easing, Wall Street may finally be taking note of what’s happening on the streets as US stock futures started the day in negative territory on Tuesday and the mood elsewhere was subdued.

Dollar on the backfoot

The growing unease over the worsening unrest in the United States may also be catching up with the dollar as the greenback slipped even as risk-on trades appear to be losing some momentum. The dollar index was last trading near 2½-month lows, having yesterday dipped below the 98.0 level.

But other safe havens fared badly too, with both the yen and gold slipping slightly on Tuesday, suggesting the broader risk-on theme driven by hopes of a global economic recovery remains intact. Manufacturing gauges released yesterday reinforced the view that output likely bottomed out in April and a recovery got underway in May, albeit at a tepid pace.

The ISM manufacturing PMI edged higher in May as lockdowns began to be lifted across America and the next focal point for the US economy will be Friday’s jobs report.

No stopping the aussie

But as some investors turn a bit cautious about the improving growth prospects, especially now that US-China tensions have resurfaced, one currency that looks far from done rallying is the Australian dollar. The aussie is testing the $0.68 level just a day after smashing through the $0.67 handle as the Australian economy likely avoided a virus meltdown on the scale seen in other countries. Australian GDP data due tomorrow are expected to show a very mild contraction in Q1.

As expected, the Reserve Bank of Australia kept policy unchanged and confirmed it only had to intervene once over the past month to maintain its yield curve target of 25 basis points on three-year Australian government bonds.

The pound was also in bullish mode on Tuesday, stretching its gains past the $1.25 level amid reports that the UK is willing to compromise in the Brexit talks set to begin today if the EU does the same. A major breakthrough, however, is unlikely before late June when Prime Minister Johnson is expected to hold direct talks with European Commission President Ursula von der Leyen.

Oil inches higher as OPEC+ to decide on extension

The recovery story may have helped oil to post a spectacular rebound from its April lows but with the current output deal ending in June, the rally could be over soon if the OPEC+ alliance does not extend the cuts for a few more months. That is what the major oil producers are expected to decide on when they meet on June 4.

With Russia again resisting a long extension, oil prices moved cautiously higher on Tuesday, with WTI and Brent crude both up by about 1%.

The Canadian dollar also appeared to shrug off fears of easing supply restrictions as it approached two months highs versus the greenback. 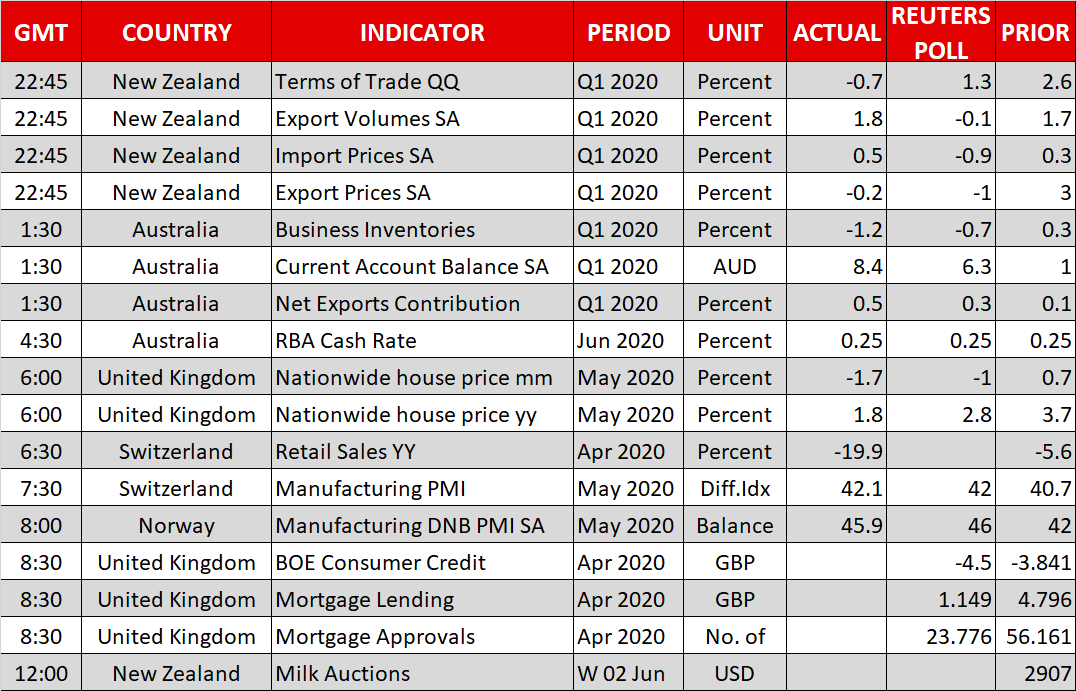