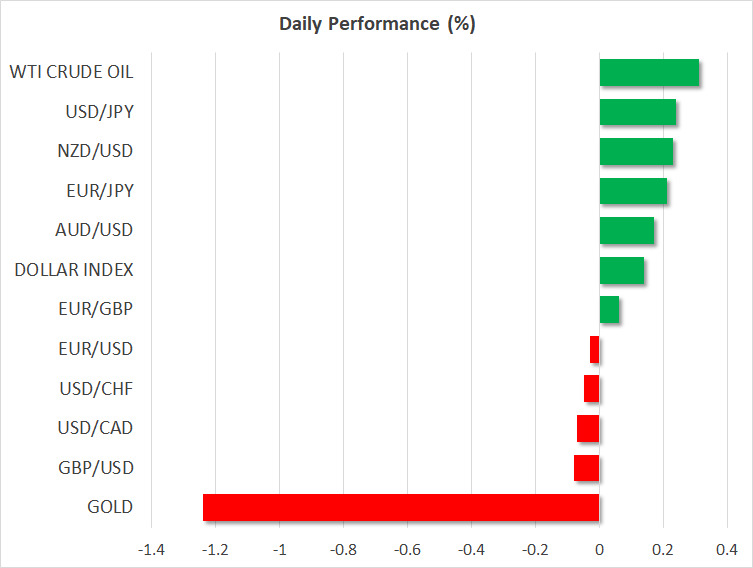 Financial markets seem to have concluded that better days lie ahead for the global economy, with most asset classes trading in a buoyant manner this week. The S&P 500 is primed to open less than 1% away from its record high on Tuesday according to e-mini futures and Treasury yields have rebounded from their recent lows, signaling waning demand for risk-free assets.

In the FX spectrum, the risk-sensitive Australian and New Zealand dollars are leading the G10 pack, whereas the defensive yen is lagging. While none of these moves is huge in magnitude, they all point in the same ‘risk on’ direction.

In terms of catalysts, President Trump said he is “very seriously considering” a capital gains tax cut to revivify the economy. This is old news in a sense as Trump has floated this idea before, but markets may have taken it more seriously this time as the President seems keen to bypass the deadlocked Congress if he can. Trump is also closing the gap on Biden in opinion polls, which is bullish in itself for markets, though he’s still well behind.

Meanwhile, Beijing hit back at Washington, introducing sanctions on 11 Americans in response to sanctions by the US on Chinese individuals over Hong Kong. Investors breathed a sigh of relief because China responded in a ‘measured’ manner that didn’t jeopardize the Phase 1 trade deal. Markets aren’t concerned about sanctions on individuals.

Technical exhaustion and an improving market mood seem to have caught up with gold, with prices losing altitude this week to fall back below the $2000 handle. Admittedly, a substantial correction was long overdue following the relentless rally. It was triggered by the mild recovery in global yields and the dollar.

When bond yields climb, gold becomes less attractive by comparison, as it pays zero interest to hold and even carries storage costs. Plus, a recovering dollar means that it is more expensive for investors using foreign currencies to buy bullion, as most gold contracts are denominated in dollars.

Another factor behind this pullback may have been Trump’s recent executive orders. By circumventing Congress, Trump has taken back some political leverage, and it’s now more likely that any eventual stimulus deal will be relatively smaller in size. That in turn implies that the US fiscal deficit won’t go entirely berserk, which is negative for gold.

In the big picture, the themes that have propelled gold higher are still very much in play, so even though this correction may continue for now, it is unlikely to become a trend reversal. Large speculators like hedge funds are still not ‘all in’ with this trade, bond yields will remain depressed for several years, and even if government deficits don’t explode completely, they still won’t go back to anything resembling ‘normal’.

During the Asian session on Wednesday, the Reserve Bank of New Zealand will announce its rate decision. Domestic economic data have held up lately, but the nation’s tourism industry is suffering because of closed borders, and the RBNZ may take preemptive action.

Even if the central bank doesn’t act, it may still shoot the kiwi down through words, as the trade-weighted New Zealand dollar is now almost 8% higher than the RBNZ had envisioned (see more). 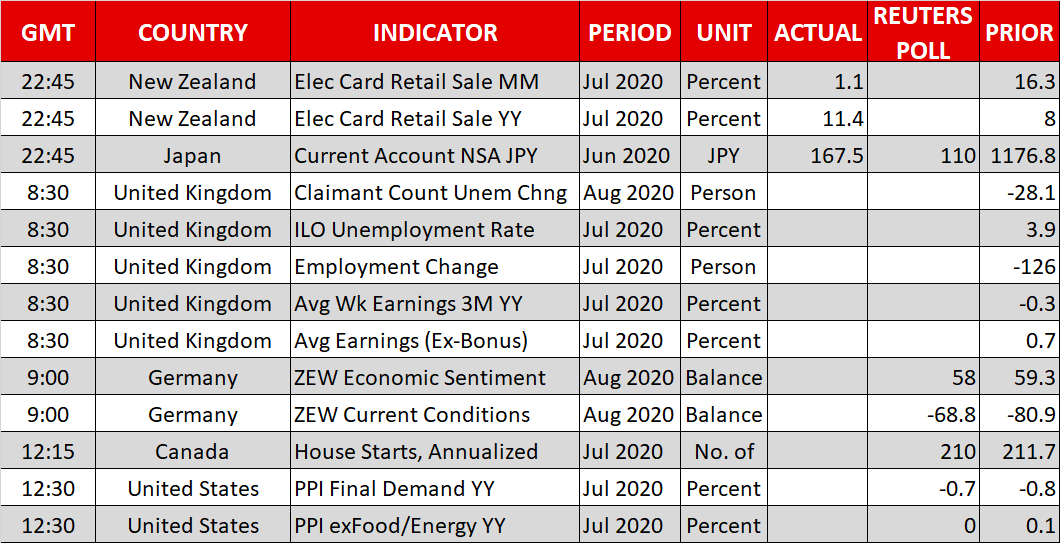