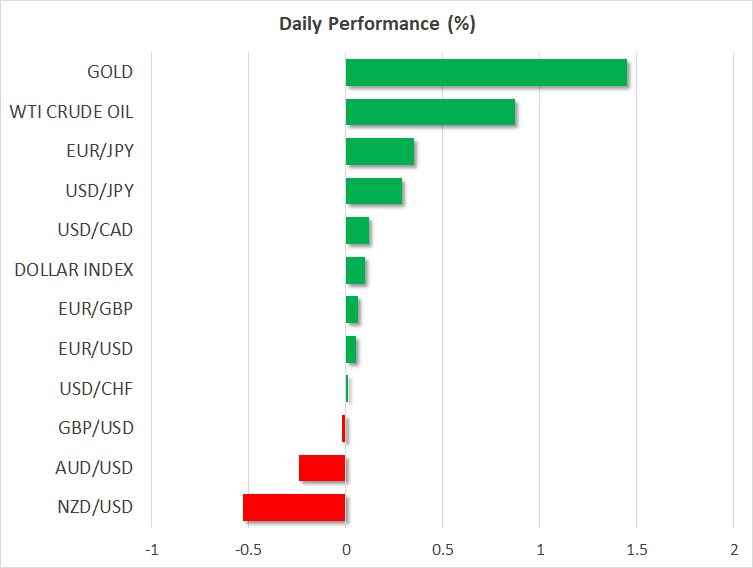 President Vladimir Putin unleashed mayhem in financial markets on Tuesday, after he announced to the world that Russia has developed the first successful coronavirus vaccine. Global bond yields erupted higher as demand for risk-free assets dried up, which in turn mangled gold prices, and to a lesser extent wounded stock markets.

Higher yields on bonds make bullion less attractive by comparison, as the metal pays zero interest. Similarly, rising yields can be a bane for stocks because they imply higher borrowing rates for distressed corporates, and fewer share buybacks. In this specific case, the news also ignited doubts about the market’s leadership. The pricey valuations of ‘stay at home’ winners like Amazon (-2.2%) and Apple (-3%) may not make much sense in a post-vaccine world.

Has Russia really discovered a safe and workable vaccine? That’s open for debate. Putin said his own daughter has already been given the vaccine, though many scientists have questioned the lack of transparency and large-scale testing, saying that Russia may have cut corners and that the product may not be entirely safe.

But if it is true, then it’s worth considering not only the implications for markets, but also the geopolitical dimensions. What are the politics of distributing a vaccine among different nations? Does China, Europe, or the USA get it first, and what are the conditions attached?

End of the gold fever? Maybe not

Gold fell without a parachute on Tuesday, losing more than $100 as short-term momentum-chasing speculators were shaken out. The fact that Congress remains in a stalemate about more stimulus may have added fuel to the carnage. The gridlock implies that any eventual deal may be smaller in size and thus that the government deficit won’t explode completely, which is negative for gold.

Many are now asking whether gold has already peaked. It’s a tough one. If this is the beginning of a sustained and healthy rally in bond yields, then yes, gold’s best days are likely behind it. But it’s difficult to envision that.

For one, the Fed won’t be happy with rising yields, as it may slow down the economic recovery. If yields continue to spike, policymakers might ultimately step in, first with words and then with policies like yield curve control, to tame the beast. Besides pushing rates back down, that would also hammer the dollar lower, both positives for gold.

Beyond that, government deficits will likely stay enormous for years, as putting the ‘spending genie’ back in the bottle is hard for politicians seeking votes. Combined with ultra-easy central banks, this raises fears of debt monetization and fiat currency debasement, which in turn makes gold a more essential part of institutional portfolios.

In the broader FX market, there wasn’t much reaction to all this. The yen did lose some ground, but that was about it.

It’s not all quiet though, as the Reserve Bank of New Zealand went ‘all out’ overnight. Policymakers expanded their QE programme by more than even the most aggressive analyst expected, and opened the door for using negative interest rates and purchasing foreign assets. Additionally, they made it very clear they would like to see a lower exchange rate. The kiwi dollar naturally fell on the news. 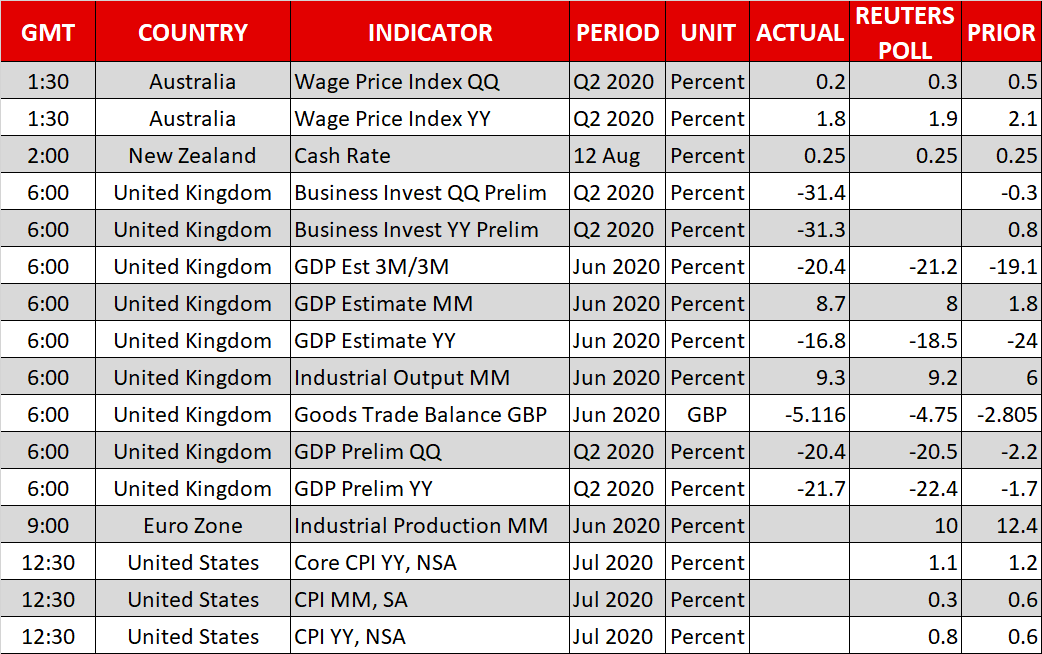