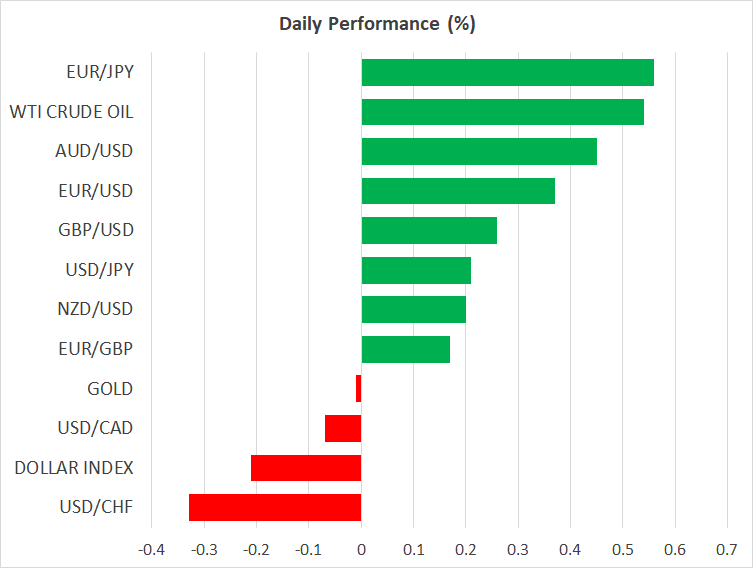 Navarro channels his inner China hawk, then walks it back

Global markets went for a wild ride overnight, after White House trade advisor Peter Navarro – probably the administration’s biggest ‘China hawk’ – said that the phase one trade deal “is over”. That immediately knocked the wind out of the ‘risk trade’, causing commodity currencies such as the aussie and stock markets to surrender a good portion of their earlier gains, while havens like the dollar and yen got a small shot in the arm.

Yet, in what seemed like an exercise in damage control, Navarro quickly released a statement saying he was quoted out of context, turning market sentiment around. The likes of the aussie and futures tracking the S&P 500 shot back higher to unchanged levels for the session, helped by President Trump clarifying on Twitter that the ‘deal is fully intact’.

Admittedly, Navarro striking a hawkish tone on China is hardly surprising given his views. What’s important for markets is that the one who really decides whether the deal is over or not, President Trump, is sticking by it – even if that’s for his own political agenda. Remember this deal basically says China will buy US agricultural products, which Trump hopes will help him with farmers in key battleground states that he desperately needs to win reelection in November.

He is now trailing Biden by almost 10 percentage points in most opinion polls, so he could use every boost he can get, which is why he is unlikely to start a real fight with China ahead of the election.

Better US virus numbers soothe nerves, but is it a mirage?

Before the Navarro fiasco, markets were in a pretty good mood, and that optimistic tone seems to be returning now that the dust has settled. The Nasdaq closed at a fresh record high yesterday while the dollar got hammered after the daily US virus numbers were not as alarming as in recent days.

That helped calm fears of another mass outbreak, but it must be noted that these data seem to exhibit a seasonality pattern where Mondays bring lower numbers compared to the rest of the week, perhaps due to weekend effects. Hence, the risk is that we see another sharp spike in cases today that puts a lid on the market’s optimism, or even sparks a new wave of risk aversion.

In euro land, the preliminary PMI readings for June painted a bright picture. The big surprise was the French composite index, which skyrocketed back above the crucial 50 level that separates expansion from contraction, bolstering the euro and broader market sentiment.

Normally, this would be interpreted as the economy returning to growth, but unfortunately that might be an over-interpretation. Diffusion indexes like the PMIs weren’t designed to measure activity after a complete shutdown of the economy, so they are somewhat flawed indicators for this current paradigm.

The surveys ask how your business is doing relative to last month, so if last month’s activity was almost zero, they can only move higher. That doesn’t mean the economy is growing at anything close to pre-crisis levels, though. A step in the right direction to be sure, but not a concrete signal about a return to growth.

As for the rest of today’s highlights, besides the daily US virus numbers, watch out for the Markit PMIs from both the UK and the US. Later during the Asian session Wednesday, the RBNZ will conclude its policy meeting. 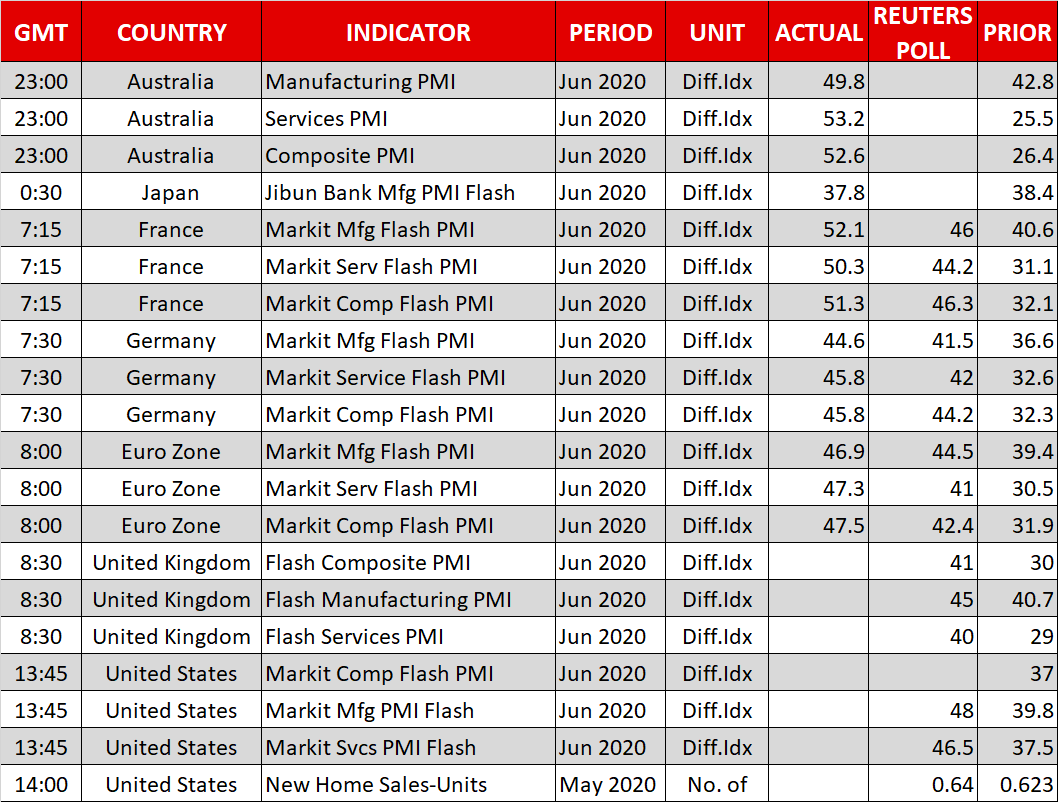