Crude oil staged a heroic rally lately, with the vaccine news acting as jet fuel for prices. Investors are finally pricing in a brighter outlook for demand next year, but that is only half of the equation. The other half is what the supply side will look like, so crude’s fate now lies in OPEC’s hands, which will meet on Monday to decide whether to extend its production cuts. A three-month extension seems fully priced in by now, so if the cartel wants to boost oil prices it needs to deliver something bigger, which may be difficult.

With everything that’s happened in 2020, it is easy to forget that the year started with a supply war between Saudi Arabia and Russia. Moscow didn’t want to reduce its oil production any further to support the market, fearful that doing so would only concede more market share to the Americans. Eventually the pandemic depressed demand so much that OPEC and its allies agreed to drastically slash production, but in the meantime, there was a destructive ‘pump at will’ brawl that left the markets drowning in supply.

OPEC has a similar choice to make now. Keep those supply cuts in place, or allow them to expire and start raising production again? Admittedly, an extension seems almost inevitable. A vaccine is great news, but that is a story for mid-2021, and right now demand is suffering amid the lockdowns in Europe and increasing restrictions across America. 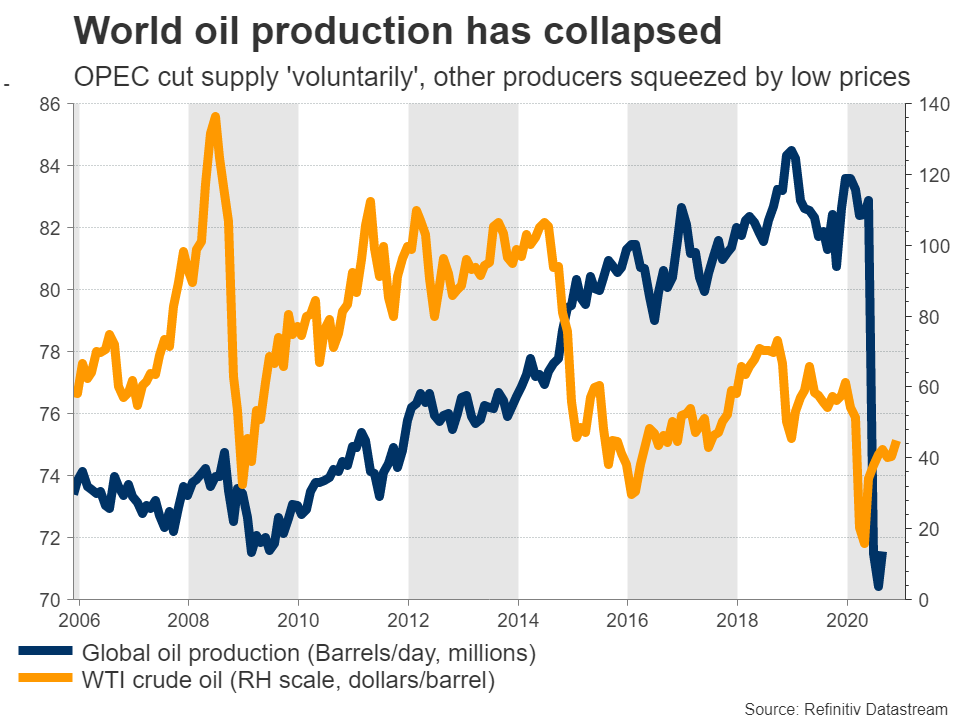 Rather, the real question is how long these production cuts may be extended for. Judging by some recent remarks by OPEC ‘sources’, an extension of three months seems very likely. And judging by how much oil prices have rallied lately, markets have probably priced that in.

OPEC wants to overdeliver, but can it?

If you are OPEC, you always have an incentive to overdeliver with events like this one. Higher prices suit every producer, so if you prepare markets for a three-month extension but ultimately deliver a six-month extension, prices will usually rise. Of course, convincing every producer to sign up to this is a completely different story.

Take Libya for example. The nation is emerging from a devastating civil war and wants no part in any production cuts until its output levels have risen substantially. Or take Iraq, which signed off on the latest cuts but has been over-producing ever since, to revitalize its oil industry after the fight against ISIS. The United Arab Emirates and Nigeria have similar grievances – they feel their production quotas are way too low. 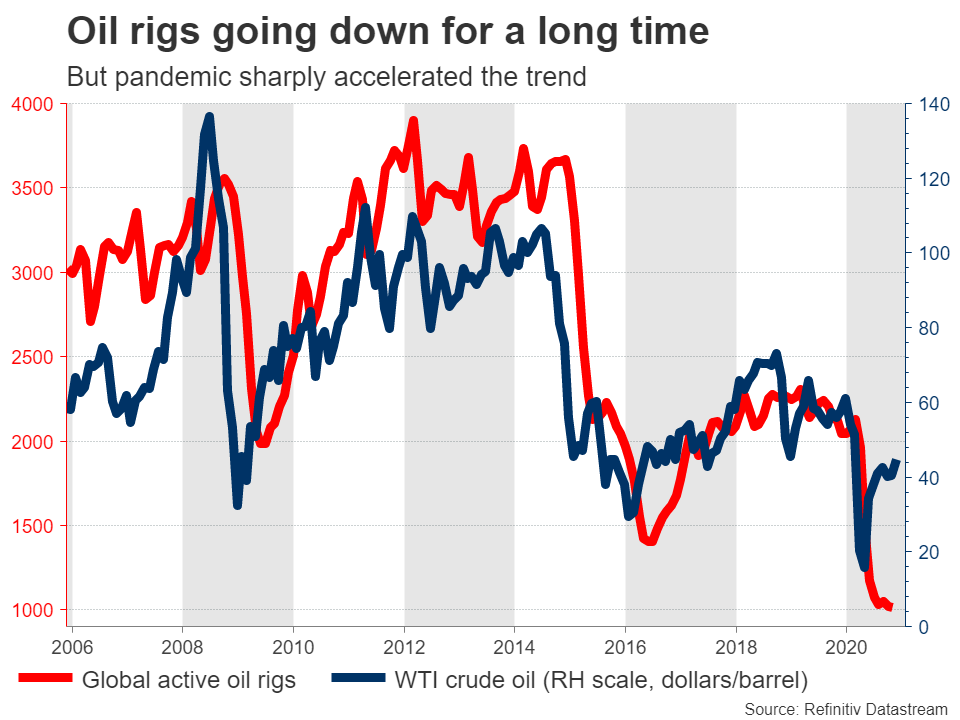 The point is that it won’t be easy for OPEC to agree on even a simple three-month extension, and deeper production cuts are probably out of the question entirely. Hence, the most likely scenarios are either a three-month or a six-month extension. If it is just three months, we could see a sell-the-fact reaction and a brief retracement in oil prices, as that would likely disappoint investors looking for a longer commitment. For prices to rally further from here, OPEC needs to deliver something longer.

Admittedly, the risks surrounding crude from this event may be tilted to the downside. Prices have rallied very substantially ahead of the event, so unless the cartel can overdeliver – which looks difficult – markets may be left slightly disappointed.

Taking a technical look at WTI, a potential pullback could encounter initial support near the resistance-now-turned-support zone of 43.70, which is not far from the 43.10 barrier.

In the bigger picture though, 2021 could be a solid year for oil. Once demand begins to approach pre-pandemic levels, the balance in the oil market could flip from a massive oversupply right now, to undersupply.

Let’s explain. Capital expenditure in new oil projects has fallen dramatically in recent years, across the world. This was a slow-moving process, but the pandemic and the plunge in prices this year accelerated the trend. Most producers had to cut their investment budgets significantly to cope, and a staggering number of oil rigs have been shut.

Therefore, once the pandemic ends, production may not be enough to cope with demand. It takes time to bring rigs back online, and during that time, the world could eat through most of the inventories that have been accumulated this year – helping to bring the market back into balance. Of course, all this hinges on the assumption that OPEC will keep its own production cuts in place next week.

Another wave of advances in WTI could stall near 46.30, with a break higher turning the focus to the 49.00 region.

Finally, all this has implications for the FX market as well, and in particular for the currencies of oil-producing nations like Canada, Russia, and Norway. These currencies tend to track oil prices closely, so any disappointment on OPEC for instance, or any rally next year, could have similar effects on the loonie, ruble, and the krone.