US equity indices rallied on the first trading day of the fourth quarter, rebounding strongly from their multi-month lows and notching their largest daily increases since early August. This advance comes after a significant retreat following the stronger than expected PCE inflation print on Friday, which concluded a devastating three-quarter losing streak for the indices. Even though signs of optimism are slowly emerging, the underlying risks that have tormented risky assets so far in the year are still in play.

US stock indices have had a bruising year so far, declining over each of the three previous quarters in the longest quarterly losing streak since the global financial crisis in 2008. This huge downfall is largely attributed to the aggressive monetary tightening policies applied by the Fed and most major central banks, while geopolitical tensions and persistent inflationary pressures have infused additional downside pressures. 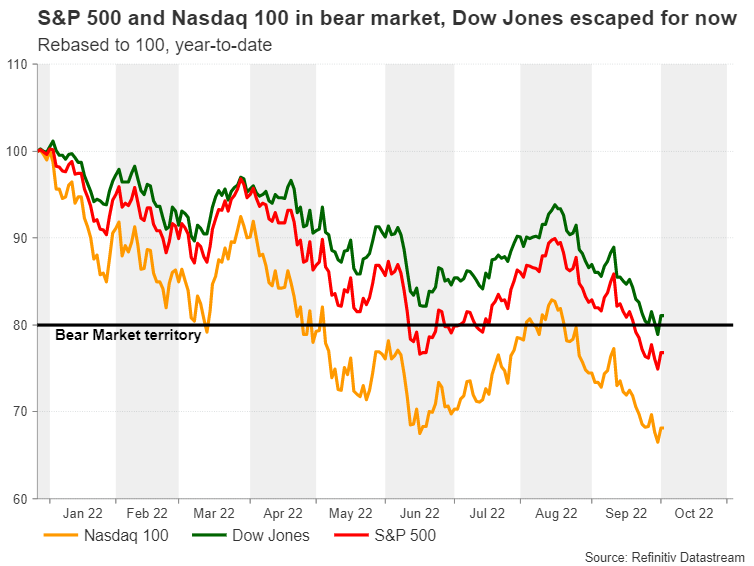 As the fourth quarter kicks in, we are observing a moderate rebound in the equity space, which is mostly driven by secondary factors as the broader negative macroeconomic outlook has not changed. Firstly, in the last couple of sessions, there has been a significant pullback in US Treasury yields, which has resulted in some buying interest for risky assets. Furthermore, investors seem to be following some seasonality patterns as October is considered a good month for stocks based on their historical performance, especially in midterm election years.

These latest relief rallies seem to be doing more harm than good in the recent market conditions as they tend to create huge volatility when the Fed steps in and pushes back against market expectations of a ‘pivot’. Therefore, a sustainable rally in stocks could not occur before there is concrete evidence that inflation is indeed under control.

Lately, there is a growing number of industry leaders that are starting to downgrade their future guidance, citing problems from both the demand and supply sides. The famous electric vehicle manufacturer, Tesla, blamed logistical problems and production constraints after delivering fewer than projected cars.

In addition, Apple is expected to cut back on its production by about 6 million phones as demand figures were not as high as initially projected. The firm stated that the constantly strengthening dollar and the weakening overseas growth has been largely weighing on its sales outside the US.

Also, in its latest earnings release on Thursday, Nike reported that it should start to accept lower profit margins to reduce its excessive inventory, while its business in China has been generating declining revenue for three consecutive quarters.

Gainers in a crisis

Oil prices have been rising lately amid speculation that at its next meeting on Wednesday, OPEC+ may agree to cut its output by a significant amount to put a floor under the declining oil prices. Moreover, as the war in Ukraine is still evolving and the tensions between Russia and Western counties are persisting, the uninterrupted supply of both natural gas and oil in Europe during the winter remains highly uncertain.

Summing up, the above developments could potentially keep oil prices elevated in the upcoming months, enabling energy companies to extend their outperformance. Meanwhile, the UK government’s policy regarding the households' energy cap will most likely protect energy firms’ profits as they will have no incentive to lower their prices, while consumers will have no reason to curtail their demand. 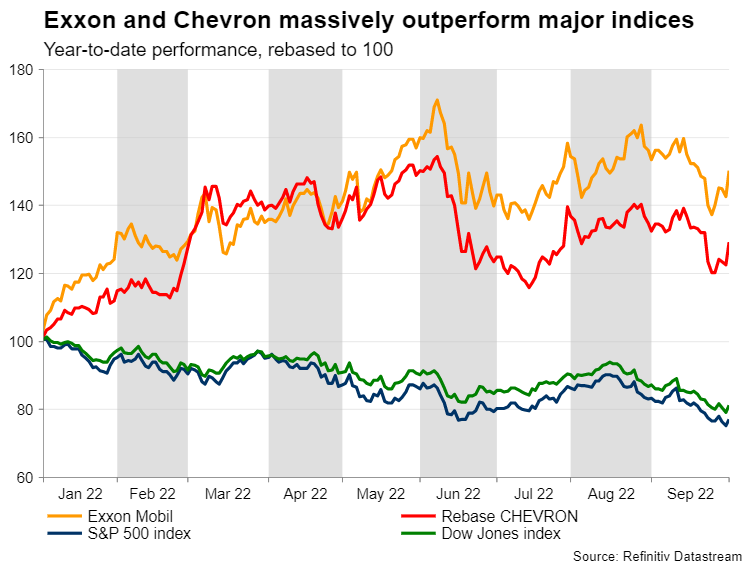 Although there has been some recovery in the last two daily sessions for the S&P 500 index, the macroeconomic conditions are not yet in place for a sustained rebound. 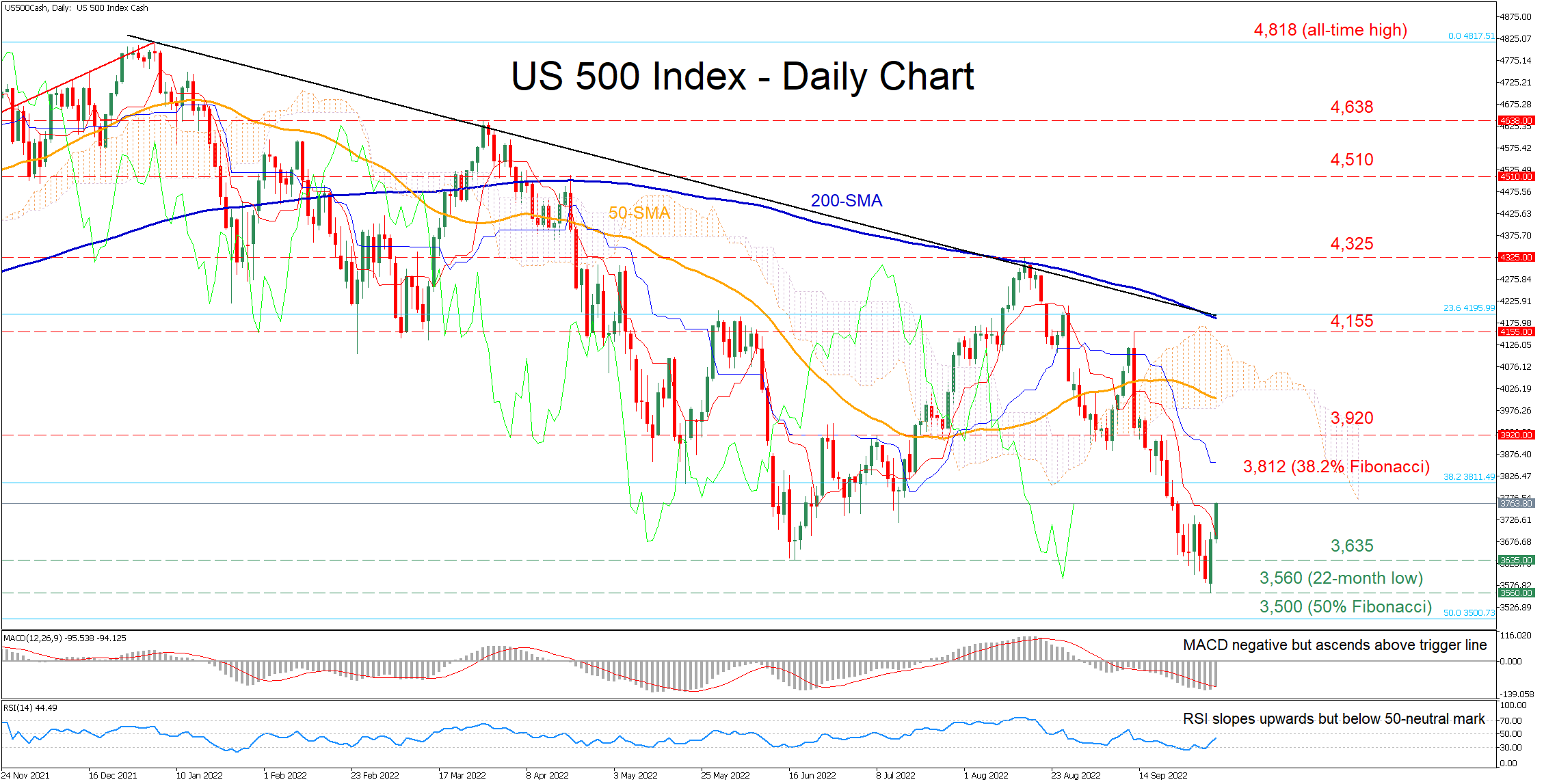 Hence, should the decline resume, the price could initially test the June low of 3,635 before the spotlight turns to the 22-month low of 3,560.

On the flipside, a continuation of the latest bounce could send the price to test 3,812, which is the 38.2% retracement of the 2,183-4,818 uptrend, extending from the pandemic lows till the all-time high.  A break above the latter may bring 3,920 under examination.