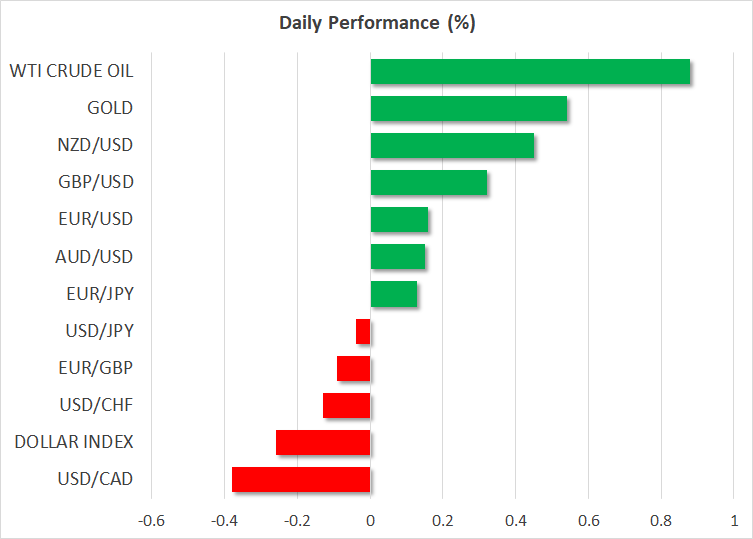 Powell upbeat but in no rush to curtail QE

The Federal Reserve acknowledged it had made “progress” towards its goals as it kept policy unchanged on Wednesday. However, in his press conference, Chair Jerome Powell appeared in no rush to scale down the $120 billion in monthly asset purchases anytime soon. Saying “we’re a ways away from having had substantial further progress toward the maximum employment goal”, Powell suggested the Fed needs more data before it can decide about the timing of taper.

On raising interest rates, Powell again stressed this was “still a ways away” even as he disclosed that the July meeting was the “first deep dive” on the timing, pace and composition of any tapering. However, despite the reluctance to commit to a timeline, the Delta variant wasn’t high on Powell’s list of concerns and it’s becoming increasingly evident that the Fed is just biding its time until it knows more about whether or not the surge in inflation is transitory and how far it can push the recovery in the labour market in the meantime.

All this implies September is too soon for the Fed to reach a decision on tapering and the focus is fast shifting to December.

Treasury yields dipped slightly after Powell’s as dovish as ever remarks, erasing the small spike posted on the back of the headlines of “progress” from the FOMC statement. But the US dollar’s slide post the press conference was more pronounced as investors pushing back their expected timing of a taper move was not the only thing dragging the currency lower. Subsiding jitters about China additionally weighed on the greenback as the associated risk aversion faded somewhat on Thursday.

The dollar index was in danger of slipping below the 92.0 level as it fell to 4-week lows. The yen also extended its losses as sentiment improved.

The pound was again a notable gainer on Thursday, making its way above $1.39, while the commodity-linked dollars finally managed to generate some positive momentum, with the kiwi leading the way.

China jitters ease but is the earnings boom over in the US?

Chinese authorities stepped in late on Wednesday to calm market nerves after days of crackdowns on local tech companies and private education firms. The blue-chip CSI 300 index lost almost 8% of its value before finally stabilizing on Wednesday. The benchmark index was up nearly 2% today after Chinese regulators held calls with banks and brokerages on Wednesday night to reassure investors that other industries will not come under the firing line and that Chinese companies can still apply to be listed in the US.

Stocks across Asia were in the green today, led by Hong Kong’s Hang Seng index (+3.3%). Europe had a strong open too, getting an extra lift from upbeat earnings announcements. However, US stock futures were struggling on Thursday, with Nasdaq futures bucking the trend to stand marginally in negative territory.

A warning by Facebook about slowing revenue growth in the second half of the year has dampened the mood on Wall Street even as the company reported stronger-than-expected results on Wednesday. Amazon.com is the next tech giant to report its earnings after today’s closing bell and there’s a risk its results could further fuel concerns about future earnings growth prospects.

Ahead of that, the advance GDP report out of the US will be in the spotlight as the American economy is expected to have expanded by an annualized 8.5% rate in Q2. 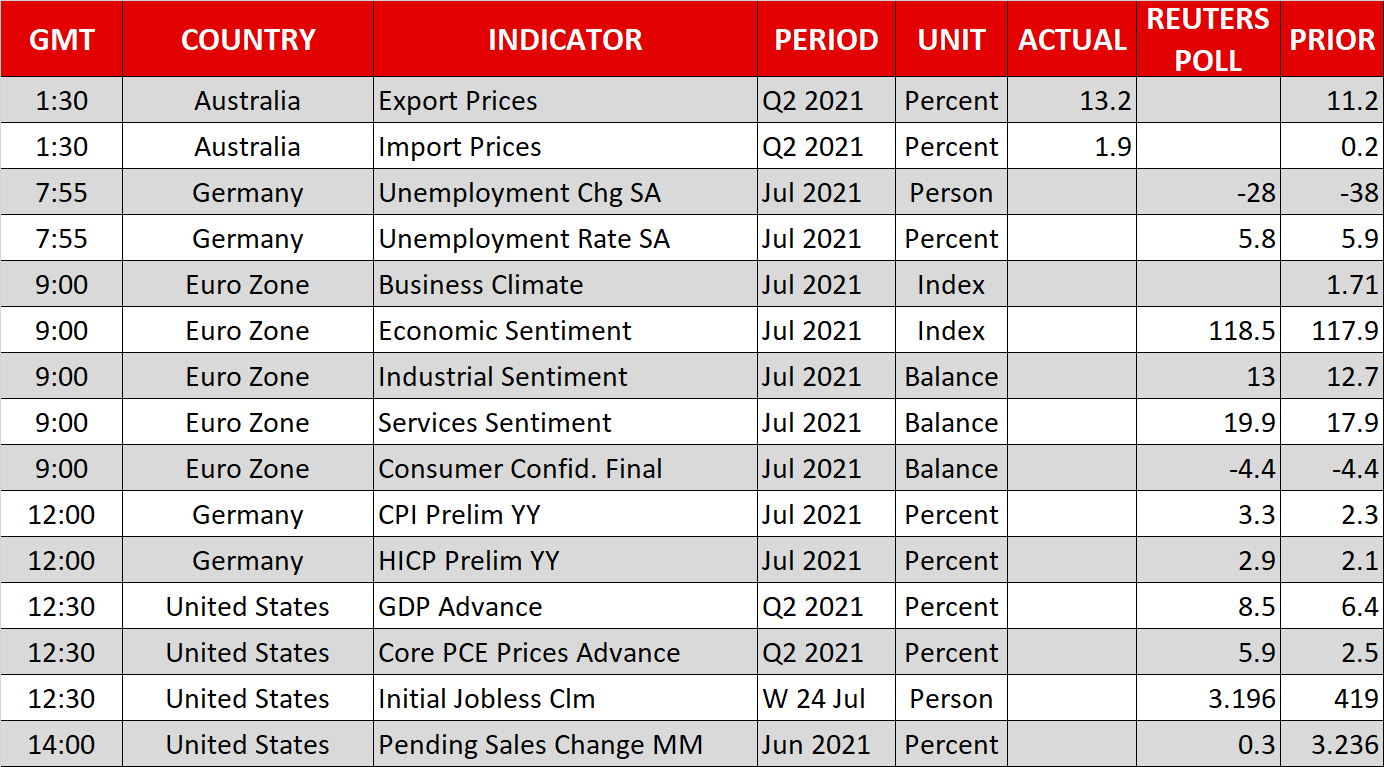