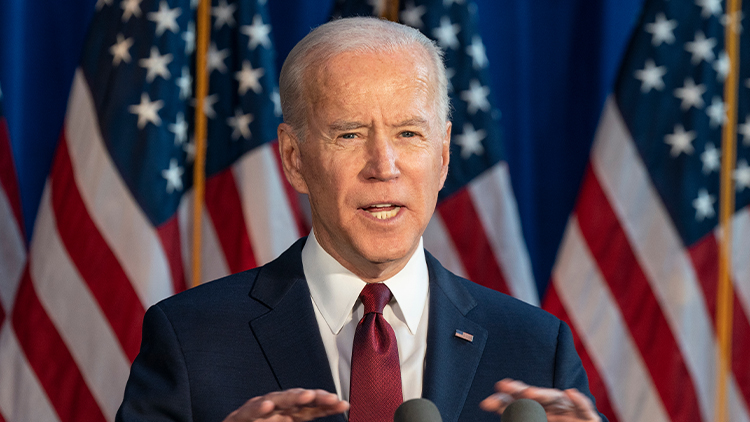 The main event for the dollar and equity markets this week will be the details of incoming President Biden’s stimulus proposal, which will be unveiled Thursday. Before that, the latest CPI data on Wednesday will tell us how inflationary pressures are evolving. This could prove crucial amid speculation around whether the Fed might begin tapering early next year. Overall, markets seem to be transitioning from a ‘reflation’ to a ‘growth’ narrative, and if this shift persists, the latest rebound in the dollar may still have some miles left.

The first order of business in the Biden administration will be to pass a new relief package worth ‘trillions of dollars’ to revitalize the US economy. That is what the incoming US president promised last week, with the details of his proposal set to be announced on Thursday.

What is striking is that both the stock market and the dollar powered higher on the news. Promises of runaway government spending are usually a negative signal for a currency, but deficit concerns have been unable to keep the dollar down lately. What has changed?

In a nutshell, markets are growing more confident that all this spending will turbocharge US growth. The narrative so far was that all the Trump-era stimulus would generate some inflation down the road, but without spectacular growth. This kept real US interest rates depressed, alongside the dollar. But now that the Democrats are promising to ‘juice up’ the economy even further, investors are bracing for a period of blazing growth. 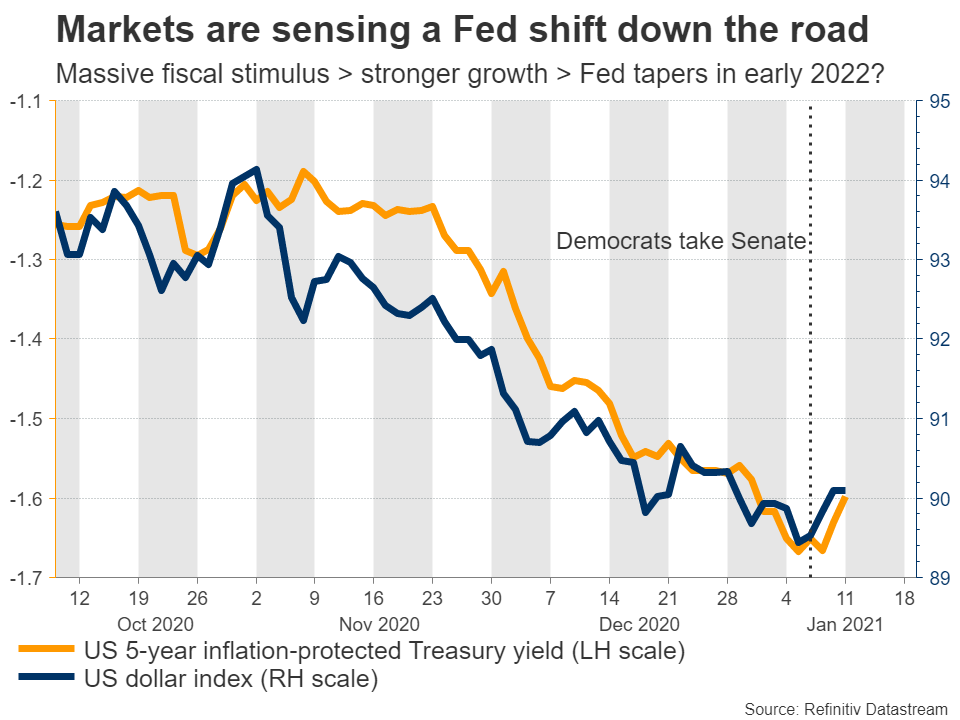 In turn, the rosier outlook for the economy is leading investors to reconsider how soon the Fed might scale back its gigantic QE program, pushing real yields a touch higher and breathing some life back into the dollar.

The details of Biden’s stimulus proposal will be closely watched. The more he promises, the better the US growth outlook. For example, a package worth $3 trillion – as has been suggested by some reports – would likely reignite the ‘growth trade’, whereas something closer to $1 trillion may even be seen as a disappointment.

Before that, we will get a crucial update on US inflation. Forecasts suggest the CPI rate ticked up to 1.3% on an annual basis in December, from 1.2% previously, while the core rate is expected unchanged at 1.6%.

As for the risks surrounding these forecasts, an upside surprise seems more likely than a disappointment. The Markit PMI surveys for December showed a sharp increase in the prices charged by firms, mostly due to rising cost burdens. The price components of the ISM PMIs were mixed, but have risen sharply in recent months, also endorsing higher inflation going forward. 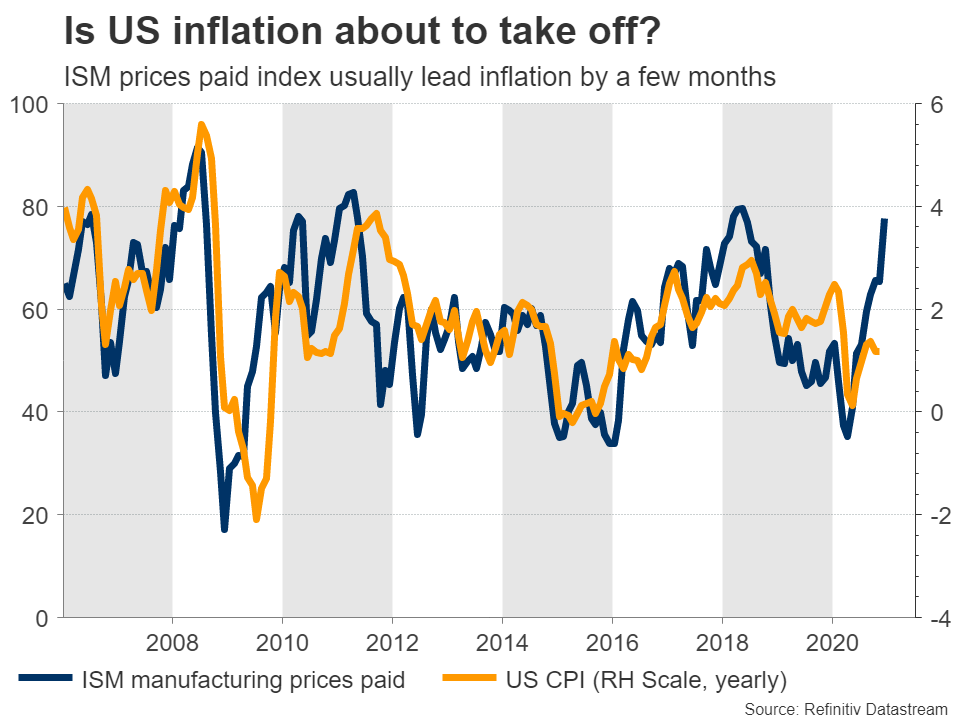 If there is an upside surprise, that could intensify speculation about how soon the Fed might begin to withdraw support, and perhaps provide the dollar some more reprieve. Fed Vice Chairman Clarida recently hinted this process could begin in early 2022, and it will be interesting to see whether Chairman Powell reaffirms that when he speaks on Thursday.

Can the dollar rebound run further?

Overall, there is a solid case for the latest recovery in the dollar to continue. If the tsunami of federal spending truly reawakens the US economy, the Fed will be in a position to start tapering much sooner than other major central banks, especially the ECB. In addition, the US is leading Europe in the vaccination race, and positioning on the dollar is extremely bearish already.

Ultimately, everything comes down to relative economic performance. The US is currently far stronger than Europe, has more stimulus in the pipeline, and will probably get even more soon.

To be clear though, all this doesn’t imply this is the beginning of a new uptrend for the dollar. That will depend on how the US economy performs over time, how risk sentiment evolves, and whether Europe suffers a double-dip recession. However, it does suggest that the latest rebound may continue for now, assuming Biden announces enough stimulus on Thursday.

Taking a technical look at euro/dollar, a potential break beneath the 1.2130 zone could encounter initial support near the 1.2060 region.

On the flipside, if Biden’s stimulus package disappoints for example, the pair may head back higher for another test of 1.2210, a break of which would shift the focus towards 1.2275.