Aussie in trouble ahead of jobs data; is RBA about to launch QE? – Forex News Preview

Australia will publish employment data on Thursday at 00:30 GMT but with markets gripped by panic over the coronavirus, the focal point for investors is whether the Reserve Bank of Australia will join the quantitative easing (QE) club. The central bank is expected to hold an emergency meeting on Thursday (03:30 GMT) and is certain to cut rates. In the meantime, speculation on what it will do has pushed the local dollar to depths not seen since 2003.

Australian economy in good shape prior to virus outbreak

The Australian economy grew by a better-than-expected 0.5% quarter-on-quarter in the final three months of 2019, displaying only a limited hit from the US-China trade war and ravaging bushfires that engulfed the country in December. There’s also been little sign of the various headwinds significantly impacting the labour market as the number of new jobs rose by a descent 13.5k in January.

Moving into February, there’s not likely to have been much of a deterioration in employment despite the outbreak of the coronavirus. The pace of jobs growth is expected to have slowed slightly to 10k, while the unemployment rate probably held steady at 5.3%. 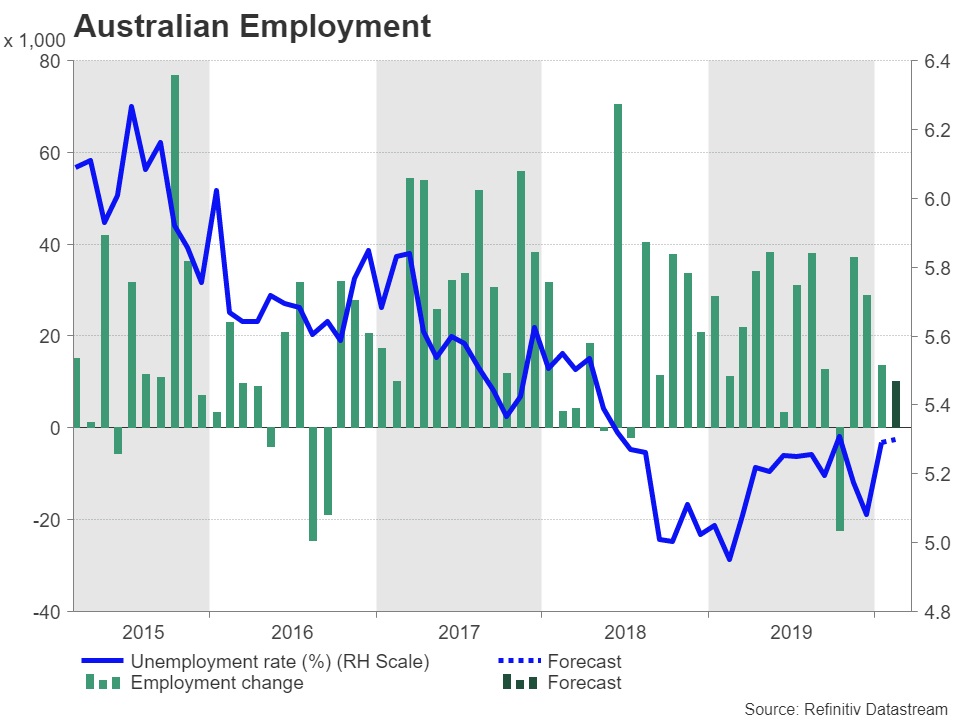 But even if the virus impact does not show up in the February figures, that won’t stop the RBA from announcing emergency measures on Thursday as there is no doubt the economy is starting to feel the pain of the deepening global crisis. The Australian government has already unveiled a $11.4 billion stimulus package to help businesses and individuals and more aid could follow.

Despite being one of the first countries outside of China to report a coronavirus case, Australia appears to be doing a relatively better job in keeping the number of infections low. However, even if the country avoids a widespread outbreak like in Italy, the slump in demand in commodities – Australia’s main export – and the complete paralysis of the tourism industry could be more than enough to drag the Australian economy into its first recession since 1991.

The big question now is how the RBA will respond to the virus fallout, which just keeps spiralling out of control. The Bank is widely expected to slash the cash rate by 25 basis points to 0.25%. A larger cut is unlikely as policymakers have already signalled that 0.25% is the lower bound for rates. This then leaves the RBA little option but to resort to asset purchases. 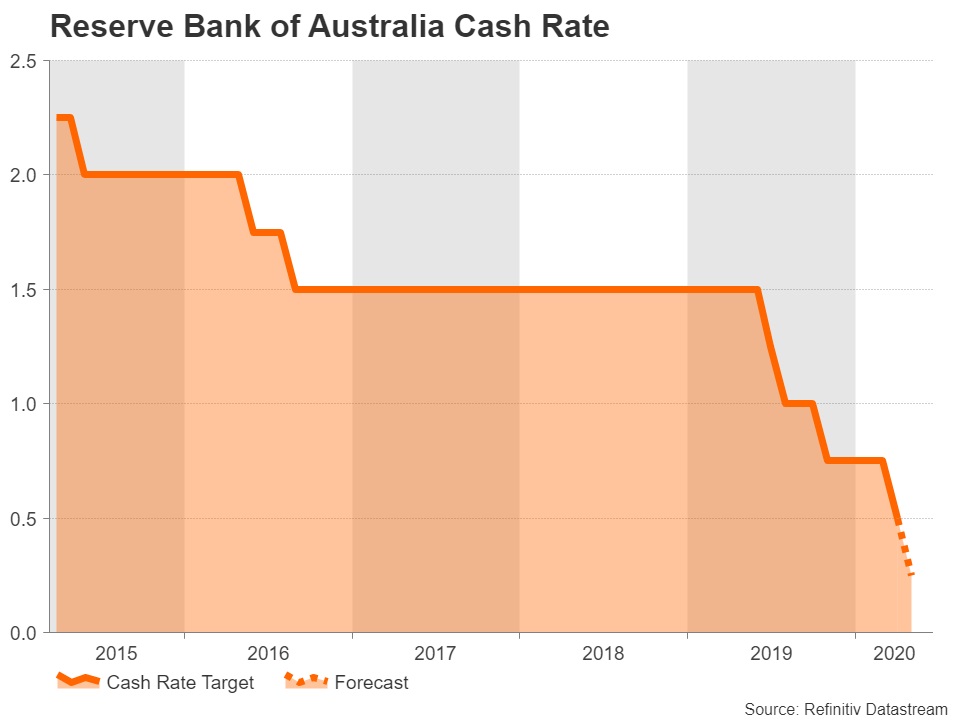 Governor Philip Lowe gave his strongest indication yet in a statement on Tuesday that it’s moving closer to QE by pledging to intervene in the bond market if necessary to “support the smooth functioning of that market”.

Aussie in a tailspin

If a rate cut on Thursday is accompanied by a substantial quantitative easing program, the Australian dollar could next seek support at the $0.59 level, having just breached the psychologically important $0.60 mark. But even without a major move by the RBA, the aussie’s near-term picture remains negative and could soon hit the 361.8% Fibonacci extension of the October-December uptrend at $0.5718.

However, traders should be wary of only a knee-jerk dip in the aussie after the RBA decision and the local dollar could then bounce higher if the policy action manages to lift sentiment. Should aussie/dollar stage an upside correction, immediate resistance could be met around $0.6081 – the 261.8% Fibonacci extension – before reaching for the $0.61 handle.