As markets deal with the real threat of surging coronavirus cases, the risk-sensitive Australian dollar will be looking at several indicators coming out this week and the following Monday out of Australia and China. The Australian inflation report is due on Wednesday at 0430 GMT, while China’s NBS and Caixin/Markit manufacturing PMIs are coming out on Friday (0430 GMT) and next Monday (0145 GMT), both of which come into the spotlight for traders.

In the previous quarter, the annual inflation rate in Australia reached the Reserve Bank of Australia’s (RBA) target, for the first time since early 2018, reflecting the impact on prices of the bushfires and the Covid-19 outbreak, rising to 2.2% in Q1. The headline consumer price index (CPI) rate is expected to fall to -0.4% y/y in Q2 and the trimmed mean rate is predicted to decline to +1.4% y/y from 1.8% previously. On a quarterly basis, inflation is forecasted to slip by -2% from 0.3% before. The currency is trading in overbought conditions above $0.71 so a correction may be on the cards on weaker-than-expected data. 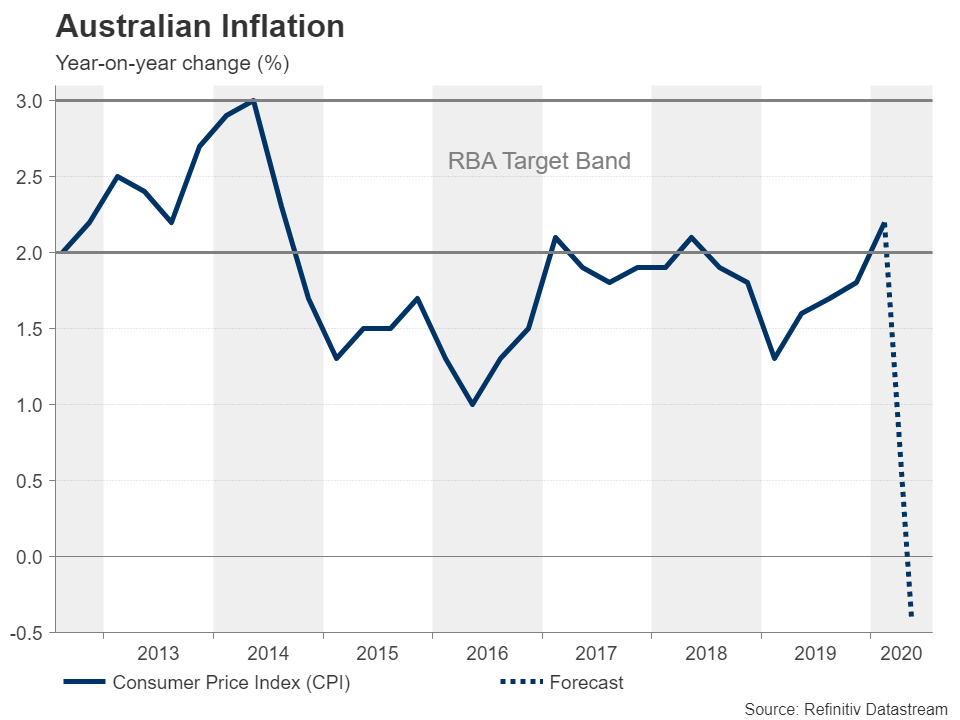 In the latest policy meeting the RBA left its cash rate unchanged at a record low of 0.25%. Policymakers have made it clear that the economy is going through a very tough period and is experiencing the biggest economic contraction since 1930. They also referred that the nature and the speed of the recovery is uncertain, despite some signs of improvement in recent weeks. The Bank is ready to scale-up its bond purchases once again and will ensure that bond markets will remain functional and achieve the yield target for three-year Australian Government Securities (AGS).

Another factor in the aussie’s favor has been the encouraging data coming out of China – Australia’s largest trading partner. Activity in China’s manufacturing sector expanded at a faster pace than expected in June. The official manufacturing PMI by the National Bureau of Statistics unexpectedly rose to 50.9 in June and is now predicted to climb to 51.0, while the non-manufacturing increased to 54.4. This marked the fourth consecutive month of growth in the service sector and the strongest since January.

The Caixin China General Manufacturing PMI rose to 51.2 in June. That was the highest reading since December last year, supported by the recent easing of Covid-19 measures. In July, the forecast is an increase to 51.5, which would be the fourth straight month of growth, and possibly send the aussie above $0.72 if confirmed. 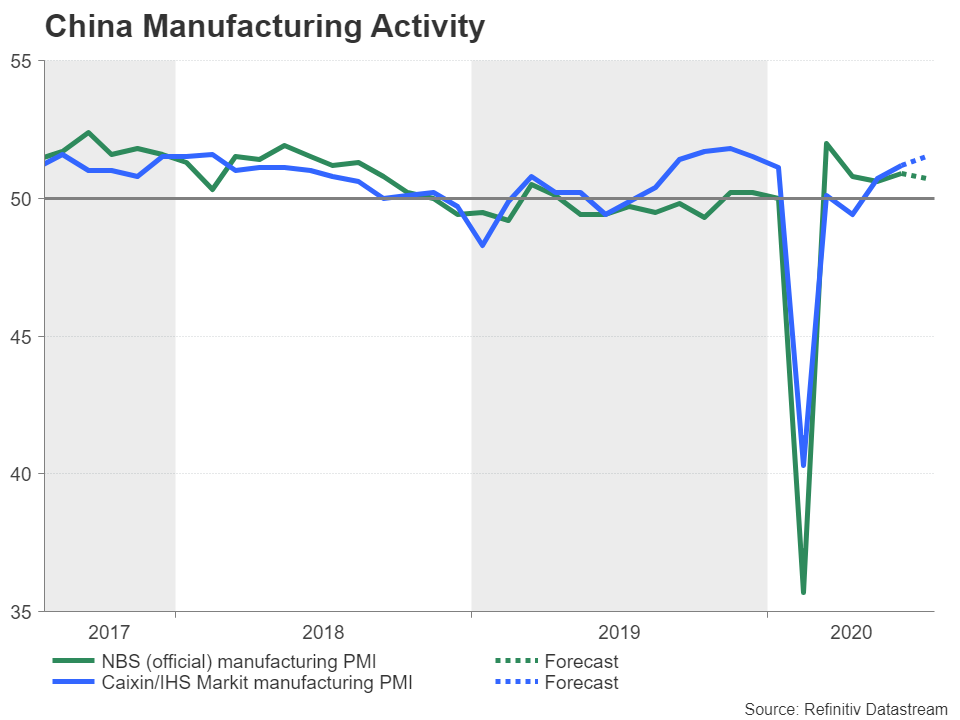 In FX markets, aussie/dollar has been in a strong buying phase from mid-March. In the last sessions, the pair jumped to a 15-month high of 0.7185 and is expected to move even higher.

Should inflation beat forecasts, aussie/dollar might extend gains towards the 200-weekly simple moving average (SMA) of 0.7260 and the 0.7295 level.  A bigger surprise in the data, may also open the door for the 0.7395, taken from the highs on December 2018.

Disappointing figures may increase speculation that the next move in price could be down, sending the pair towards the 0.7030 – 0.7067 support area. Lower than that, eyes would turn to the 0.6800 handle before hitting the 200-day SMA, which overlaps with the 0.6685 support level.

Nevertheless, even if the Chinese data remains upbeat, investors may hesitate to push the aussie much higher amid a continued escalation in new virus cases in Victoria – Australia’s most populous state. Hence, they may prefer to show some patience until next week for the release of the RBA interest rate decision to get additional direction. 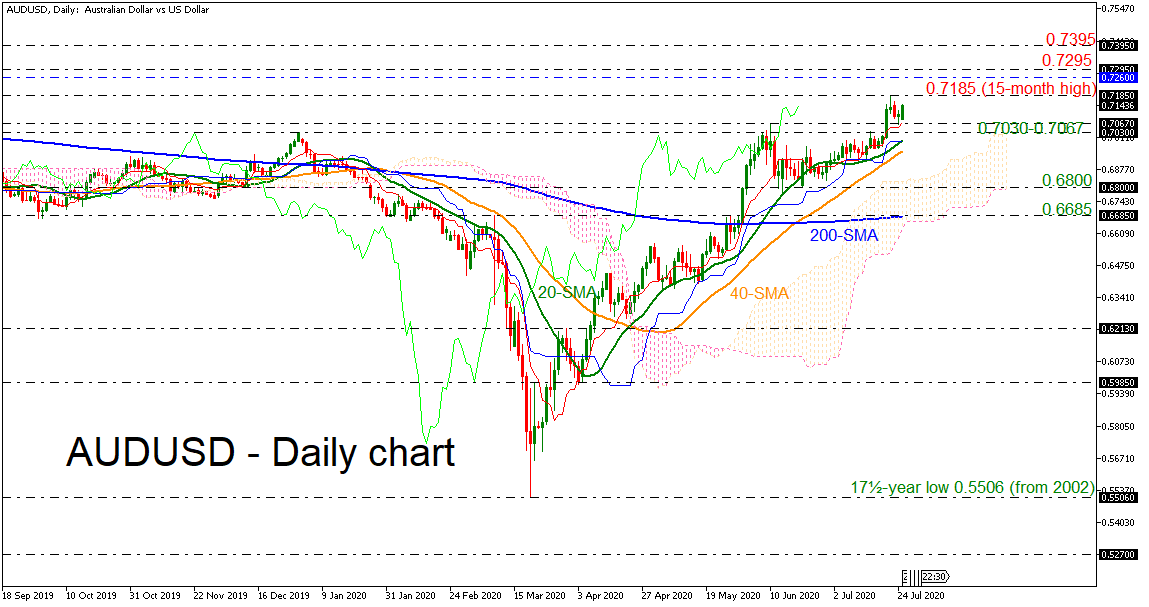