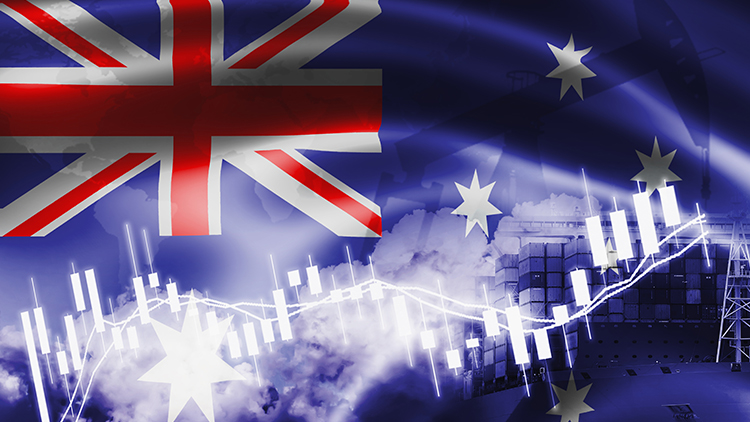 October’s employment report for Australia is likely to catch investors’ eyes on Thursday at 0030 GMT, along with preliminary retail sales figure on Friday at 0030 GMT. The governor of the Reserve Bank of Australia (RBA), Philip Lowe, has confirmed a major shift in Australia’s monetary policy by stating the central bank would now focus on employment rather than inflation. Nevertheless, the aussie continues to move higher against the US dollar but may soon need a boost for stronger bullish movements.

Despite the 29.5k fall in employment, the unemployment rate only grew to 6.9% from 6.8% in September due to a 0.1% fall in participation to 64.8%. The decline in participation drove a 18.3k contraction in the labour force, which is now 203.5k or 1.5%, smaller than it was in March. This loss in potential workers is an additional deadweight loss from the coronavirus pandemic on top of the 221.6k increase in unemployed. Therefore, the workers who have exited the labour force due to a significant economic shock are often added to the number of unemployed to estimate an effective unemployment rate.

In case the participation rate drops from 64.8% to 64.7%, then the forecast for a negative reading of 30k for employment could increase the unemployment rate to 7.2% from 6.9% before. 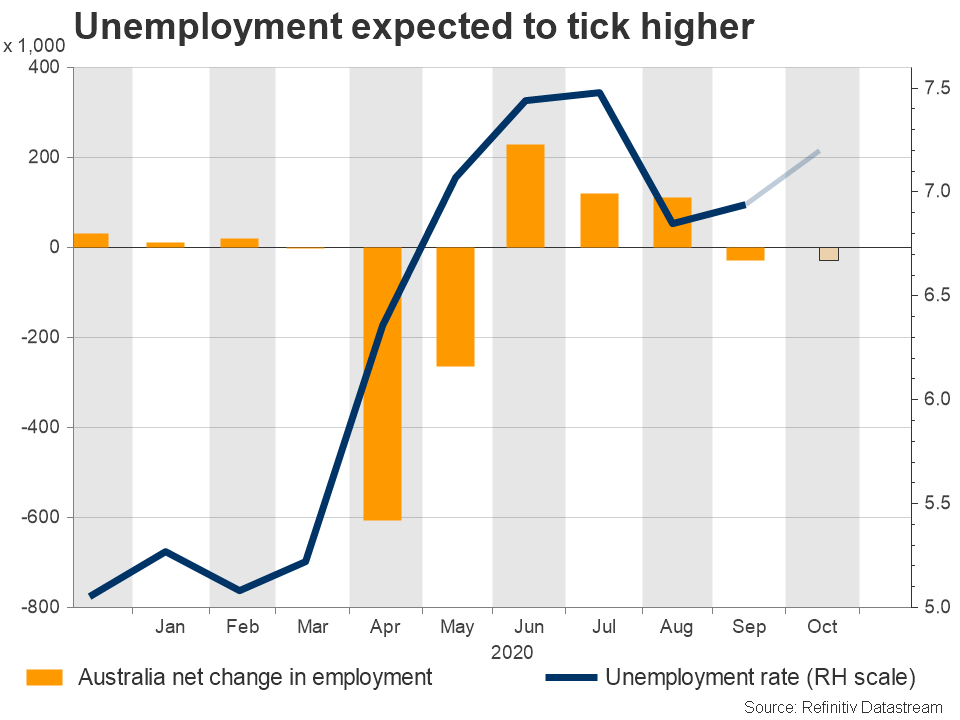 In terms of retail sales, the figure declined by 1.1% in September as Victoria’s ‘second round of’ lockdown continued to affect the economy, with the spill-over effects on confidence also weighing on activity in other states. The expectation is for preliminary retail sales to decline by 0.3% in October, although there is considerable uncertainty around the risks either way on both sides.

Consumer sentiment has improved radically as Victoria’s outbreak has come back under control, allowing for a relaxation in state restrictions, and with an added boost from a stimulatory Federal Budget and further monetary policy easing. Though, the mixed picture for retail looks to have continued into October.

During November’s meeting, the RBA decreased the cash rate to a record low of 0.1% from 0.25% previously, as widely expected. The RBA also cut its target rate for three-year bond yields to 0.1%, from 0.25%, to be in line with the cash rate, which, it committed that will remain unchanged until inflation is sustainably within its 2-3% target band. Policymakers mentioned they expect positive GDP growth in Q3, despite the restrictions in Victoria. The nation’s GDP growth is expected to be around 5% over the year to June 2021 and 4% in 2022. Furthermore, the unemployment rate is expected to remain high, but to peak at a little below 8%, rather than the 10% expected before.

Upbeat numbers on employment are likely to propel the price higher towards the 0.7340 – 0.7413 region, which encapsulates the two-year high. Above that, the high from July 2018 at 0.7490 could come into the spotlight. 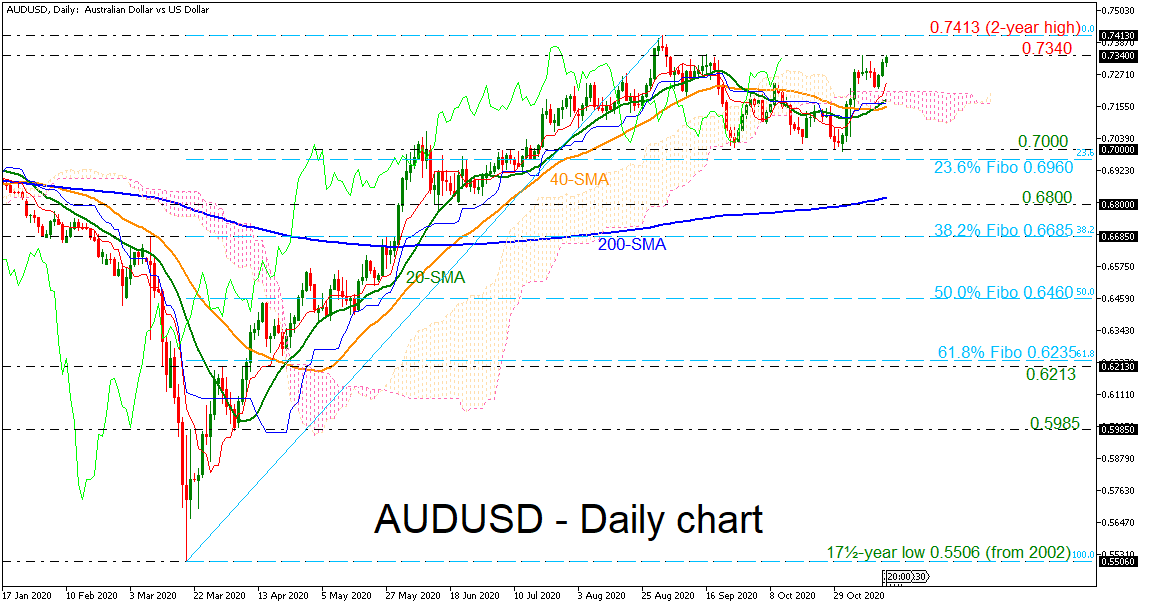