The Bank of Canada will announce its latest policy decision on Wednesday at 14:00 GMT and is widely expected to move a step closer towards winding down its pandemic-era stimulus. Having been the first major central bank to begin tapering earlier this year, the BoC has lost the race to be the first to hike rates. However, the rate hike timeline will likely be a key part of the discussion with policymakers potentially flagging an earlier rate increase than previously signalled. The loonie looks poised to extend its latest gains versus the US dollar should the BoC hint at an early move on rates.Inflation is surging amid strong economic rebound

The Canadian economy is recovering strongly from the spring lockdowns that dragged GDP into negative growth. Unemployment is falling, exports are rising, the housing market is booming and most importantly, inflation has jumped well above the Bank of Canada’s upper target band of 3%.  The consumer price index edged up to 4.4% year-on-year in September, which was an 18-year high. 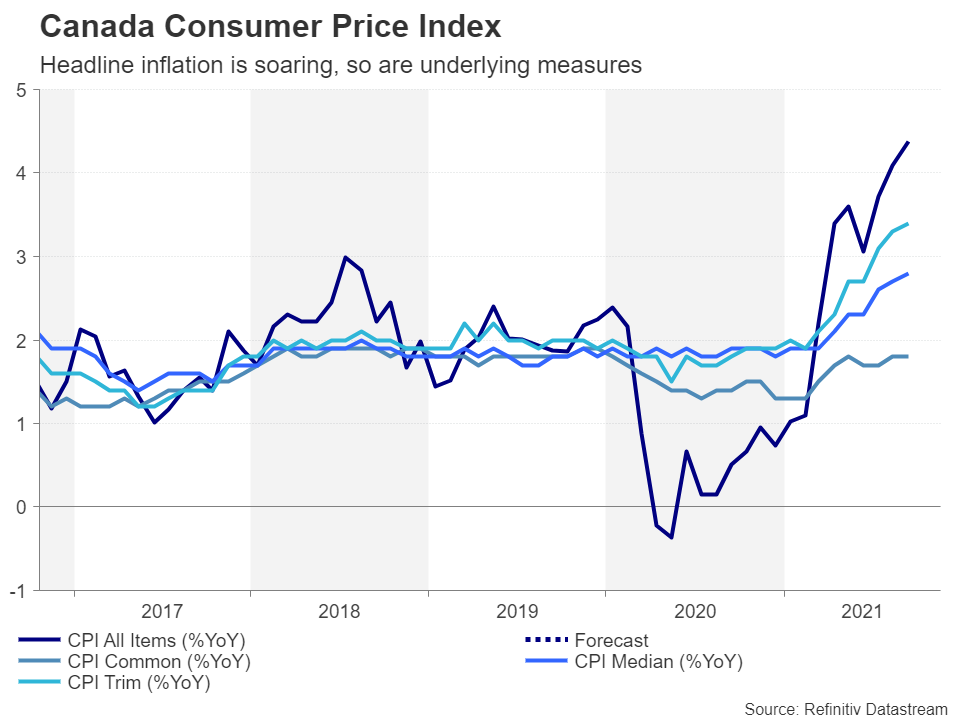 For the time being, the BoC is sticking to the narrative that this inflation burst is transitory. But with underlying price pressures also building up, policymakers are bound to be worried. The CPI-trim and CPI-median measures of core inflation have both shot up in recent months, raising question marks about how long the BoC will be able to wait before hiking rates.

In its last set of forecasts, the Bank of Canada had predicted that its benchmark rate might need to be raised sometime in the second half of 2022. That time frame will likely be brought forward when the Bank publishes its updated projections on Wednesday. Policymakers are also expected to further reduce the weekly pace of their bond purchases at their November meeting from C$2 billion to C$1 billion and announce that the programme will end by December 31. 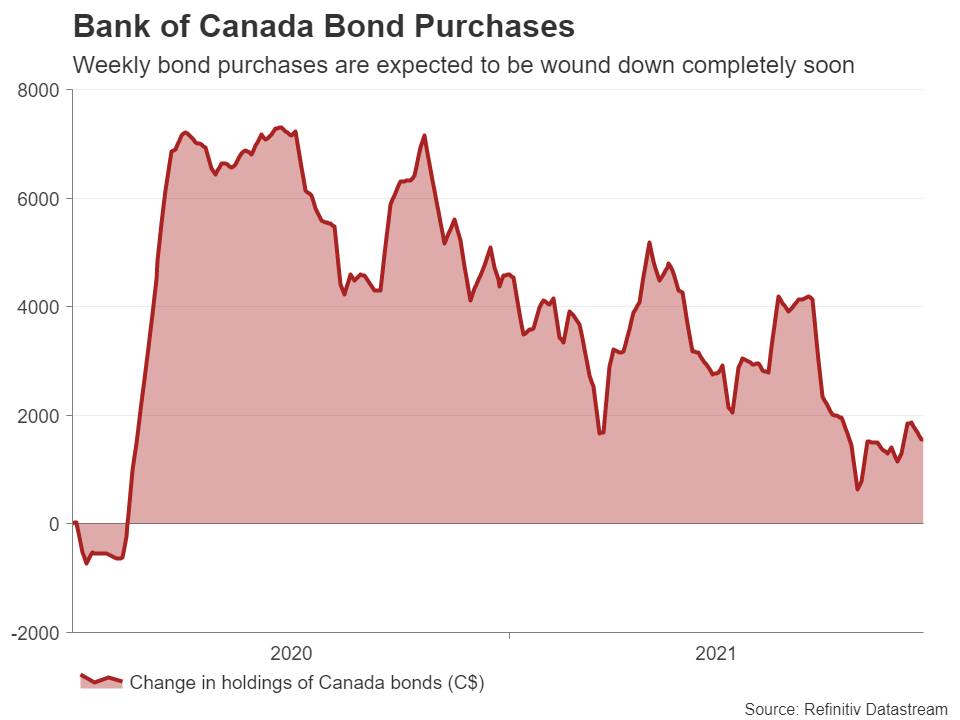 Markets, though, are one step ahead and investors are pricing in at least three rate increases in 2022, starting in March or April. If the BoC signals that it will start raising interest rates in the first half of next year, then that would reinforce market expectations, bolstering the Canadian dollar. 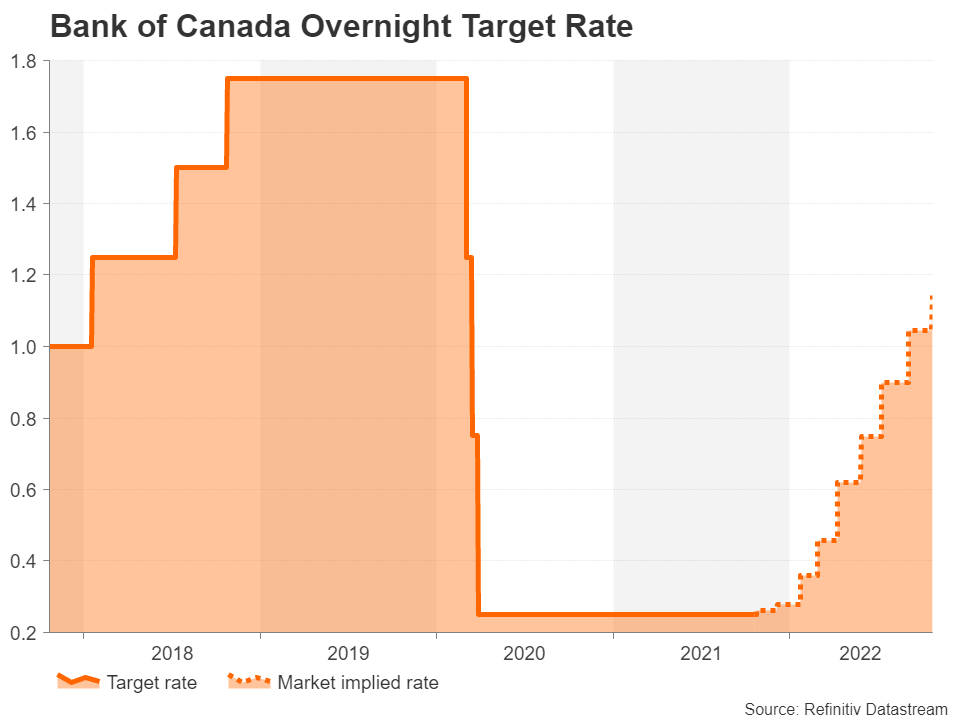 Dollar/loonie is currently hovering above key support in the 1.23 region and a hawkish statement could push the pair below this barrier, opening the way towards June’s 6-year low of 1.2002.

A more hawkish scenario would be if the BoC is more precise with its timeframe and indicates a possible rate hike in the first quarter. Another hawkish surprise would be if the Bank were to end its bond buying programme even sooner, perhaps as early as at the upcoming meeting.

Low risk for a dovish surprise

However, in the unlikely event that the BoC were to maintain its forecast of a rate hike in the second half of 2022, that could spark a selloff in the loonie. Dollar/loonie could initially attempt to overcome resistance around the 200-day moving average just below 1.25 before aiming for the 23.6% Fibonacci retracement of the March 2020-June 2021 downtrend at 1.2631.

Another downside risk from the meeting is if the BoC were to strike a somewhat more cautious tone than anticipated even if it did bring forward the timing of its rate hike to H1 2022. Policymakers might be uneasy about sending too strong signals on future interest rate rises when the US Federal Reserve has yet to begin discussing its own rate hike plans as this could exert undue upside pressure on the loonie.

On balance, though, the Bank of Canada is likely to remain as one of the most hawkish among the major central banks as the domestic economy is benefiting from the rally in crude oil while being less exposed to global risks such as the energy crisis and China’s slowdown.

In addition, Canada’s high vaccination rate offers protection against future lockdowns and there is also more big spending on the way from Prime Minister Trudeau’s government. Thus, the loonie’s near-to-medium term prospects are looking up.