Will Canada’s July jobs report be important for the loonie? – Forex News Preview

Canadian employment likely returned to growth in July, Statistics Canada will show on Friday at 12:30 GMT, but the rebound may not be anything to celebrate. If that turns out to be the case, the figures could do little to alter investors’ rate hike expectations, leaving the loonie under the US dollar’s influence.Soft employment growth expected

After a contraction of 43.2k in June, employment in Canada is expected to have increased by 20k in July. Although a return to growth is always welcomed, such an addition could still be among the smallest this year, and not enough to press the unemployment rate further lower. Instead, analysts see the unemployment rate ticking up to 5.0% from 4.9% previously but remaining close to record lows. 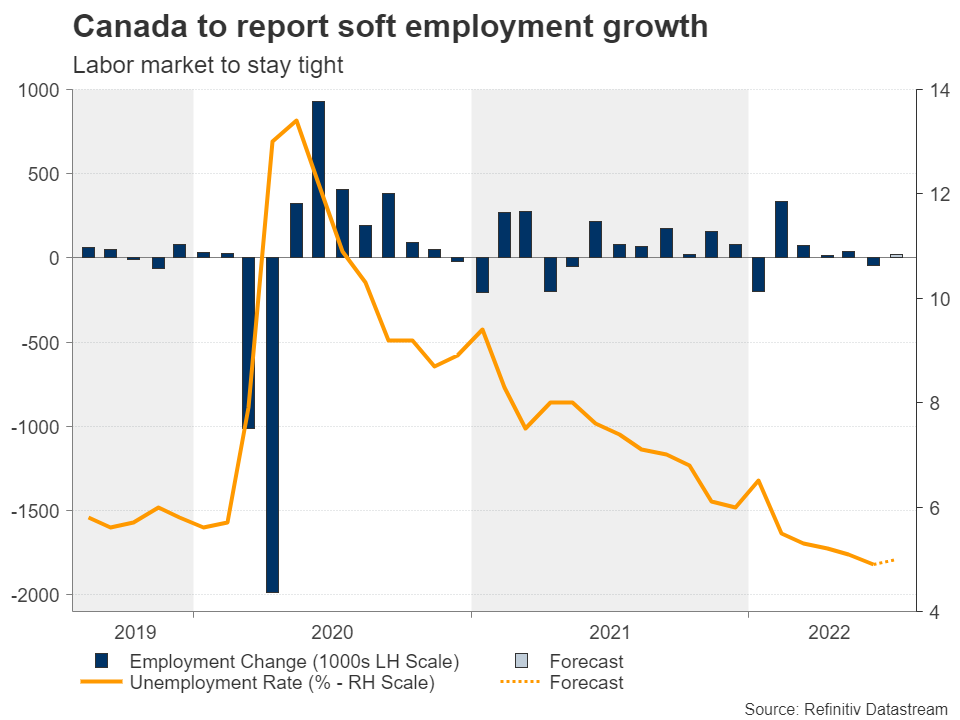 In a nutshell, the labor market is still quite tight and that might explain the marginal growth in job additions. The latest S&P Global manufacturing PMI survey has also witnessed the softest employment expansion in more than a year, citing restructuring proceedings, which led some companies to cut some workforce.

How could the BoC react?

The question that comes to mind now is how the data will affect the central bank’s rate outlook. Following a surprisingly extraordinary 100 basis point rate increase in July, investors are now debating whether September’s policy meeting will result in a reduced but still robust 75 bps or 50 bps rate hike.

If June’s employment downfall unexpectedly extends for another month, sending preliminary warnings that boiling inflation has started to weigh on hiring, even if wages are still rising at a slower pace than prices, more investors could place their rate expectations on the less hawkish scenario. In this case, the loonie could decelerate, bringing the 20-day simple moving average (SMA) at 1.2910 per US dollar under examination, while not far above, the 1.2950 resistance will be closely watched as well. A bigger miss in the data could see the greenback rallying towards the key resistance area of 1.3036 – 1.3083, especially if the US nonfarm payrolls data due on the same day and time appear relatively more impressive.

In the positive scenario, where the economy creates more jobs than analysts forecast, the central bank could feel more confident to front-load its tightening cycle as inflation seems to be transforming into a more persistent phenomenon.

Of course, monetary tightening seems to be already draining the heat of the booming housing market, with home prices tumbling the most in at least 17 years in June. Though, the housing price index is still among the highest in more than a decade, while household debt still represents more than 100% of households' income. 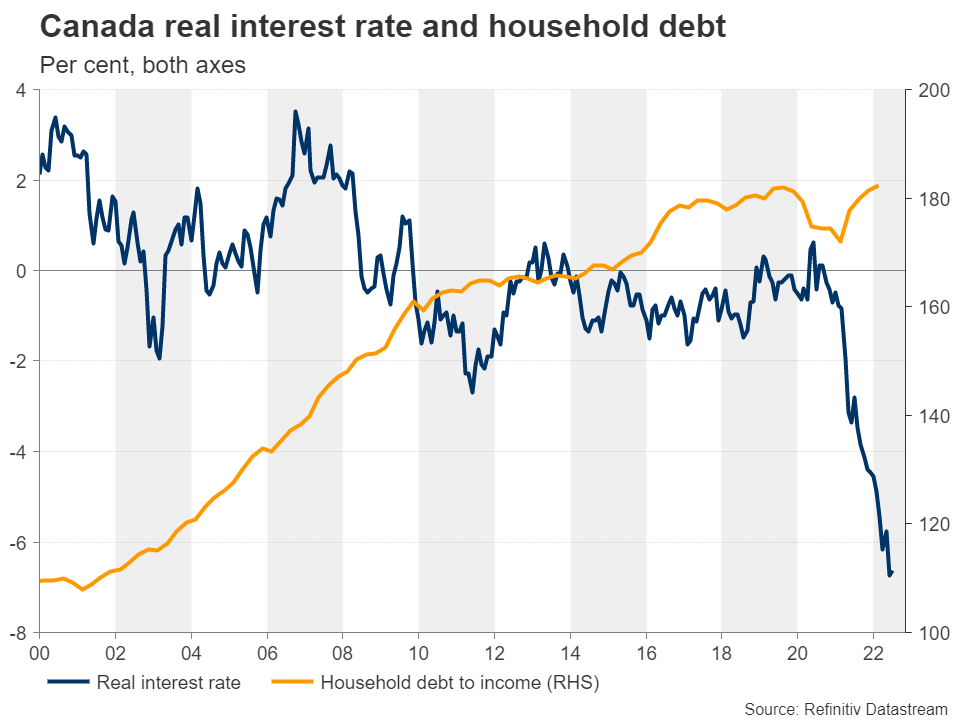 Therefore, although the falling housing market brings flashbacks from the 2007-2009 financial crisis, policymakers will probably prioritize their inflation mission if the labor market stands firm in the year ahead. Besides, given Canada’s commodity rich economy, rising energy prices could create more revenues for businesses. That said, traders may remain patient and wait for August’s employment report before they make up their minds about either a 50- or 75-bps rate hike in early September.

As regards the market reaction, the Canadian employment report will have to decisively beat market expectations and come in brighter than the US nonfarm payrolls to squeeze dollar/loonie below 1.2800. In this case, the door will open for the 200-day SMA at 1.2731, while even lower, the 1.2640 constraining zone could come under examination ahead of the long term descending trendline.