The Bank of Japan (BoJ) will announce its decision during the early Asian session on Friday. No action is expected, so investors will once again look for any signals on how policy may evolve. The slowdown in global growth coupled with lackluster domestic data suggest little room for optimism, and if anything, the BoJ could instead join the chorus of dovish central banks globally and hint at more stimulus – not least for fear of yen appreciation if it doesn’t.

The Japanese economy continues to tread water. The labor market is still the bright spot, though the strength there has failed to translate into a sustained pick up in wages. Inflation remains muted while economic growth is on wobbly legs, with GDP contracting in two quarters of 2018 – albeit not consecutive ones, avoiding a technical recession. 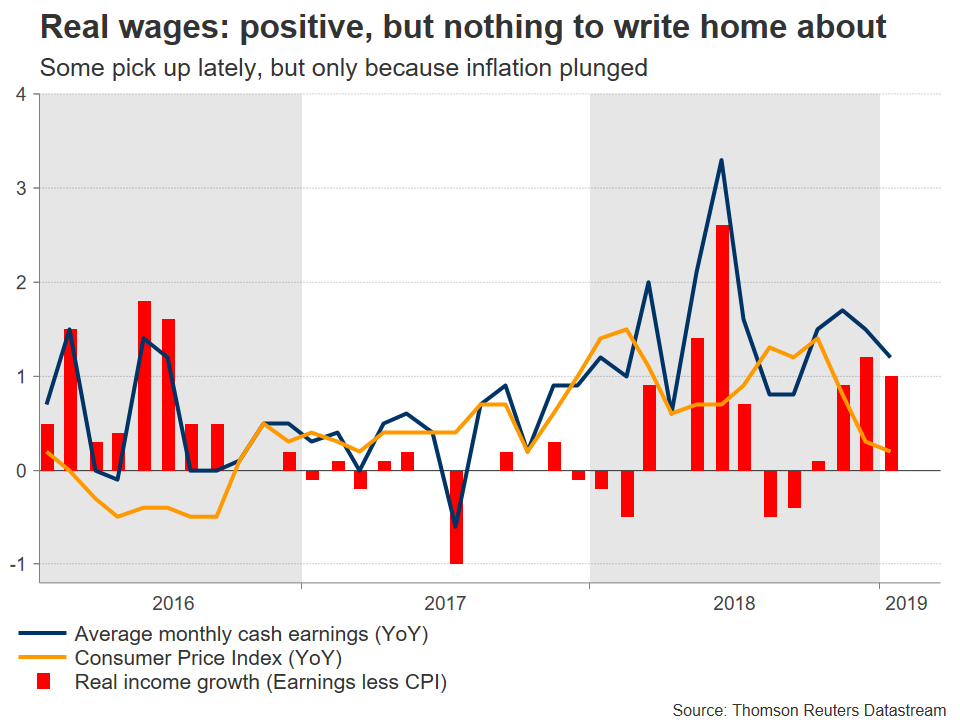 Beyond the lackluster domestic environment, the global outlook is also bleak amid trade tensions and slowing growth in every major region, from the US to Europe to Asia. This is particularly worrisome for an exporting powerhouse like Japan, and true enough, the latest data showed exports collapsing in January. This spells downside risks for growth, and by extent suggests an even longer period of subdued inflation.

Meanwhile, Shinzo Abe’s government plans to raise the nationwide sales tax in October. The last time this tax was hiked back in 2014, a recession quickly ensued as consumption came to a screeching halt. Hence, the BoJ will probably stay cautious ahead of this tax hike, avoiding any bold policy moves, at least any hawkish ones. In other words, the Bank is highly unlikely to shrink its massive stimulus program with the threat of a recession looming, but could well expand it to cushion the economy from any negative impact.

Another factor to consider is the dovish shift in tone by central banks around the world lately. The Fed, the ECB, and many others have adopted a cautious stance amid local and global uncertainties, putting rate hikes on ice for the time being. Although not clearly, this has implications for the BoJ as well. Namely, if Japanese policymakers were to make any hawkish noises, for instance hinting at an eventual scaling back of stimulus, the yen could strengthen rapidly as it becomes more attractive relative to its peers. 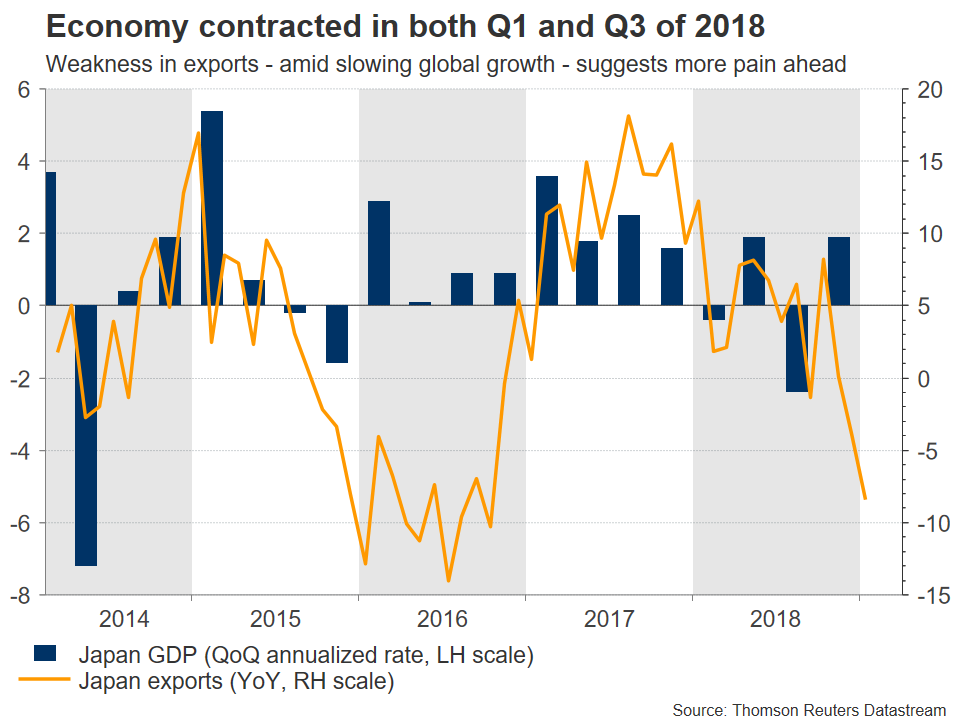 A stronger currency, by extent, pushes down on the price of imports and therefore makes it harder for overall inflation to rise – an outcome the BoJ surely wants to avoid. Indeed, Governor Kuroda recently noted that if currency moves are having an impact on the economy and prices, the BoJ will ‘consider easing policy’ to counteract that.

Putting it all together, there’s little scope for the BoJ to appear hawkish in any manner, faced with a struggling domestic economy, slowing global growth, the threat of a recession, and the risk of a massive appreciation in the yen if its tone deviates from that of its dovish peers. If anything, the risk probably lies towards hints for more easing, not normalization.

Where does this all leave the yen? Assuming the BoJ keeps the door wide open for further easing, that would argue for a weaker Japanese currency, both on the decision and over time. That doesn’t mean any weakness will be abrupt or massive though. Instead, it may be a slow grind lower for the yen, much like price action so far this year.

The key risk to this view would be a risk-off event that drives safe-haven flows into the yen, which is considered a defensive asset. In contrast, such defensive inflows usually strengthen the currency suddenly and tremendously, often erasing weeks or months of losses. Therefore, while monetary policy may argue for gradual weakness in the yen, any major risk-off event could still trigger sporadic episodes of massive yen strength.

Taking a technical look at dollar/yen, resistance to advances may be found near 112.10, the March 5 peak, with an upside break opening the way for the 114.0 handle. On the other hand, support to declines could come near 110.75, which halted the pullback on March 8, before the 110.0 handle comes into view.

As a final note, it’s striking that the yen was the best performing major currency in 2018, outshining even the almighty dollar, despite the BoJ keeping its foot on the accelerator. This serves as a testament that monetary policy and rate differentials are not all that matters for the currency market. While the Japanese currency is currently tied with the euro as the worst performer in 2019 so far, that could all change quickly in case the global outlook darkens further.