Canada is delivering its first employment report for this year on Friday at 1330 GMT but according to analysts the results may appear dull once again, likely leading to the conclusion that rate hike plans should remain on hold for now until further notice.

In December, employment growth was muted at 9.3k, marking an average yearly increase of 163,000 for 2018, the lowest expansion recorded in three years, while the unemployment rate remained at the multi-decade low of 5.6%. In January, the economy is said to have added fewer job positions, with the increase estimated to come in even lower at 8k. The jobless rate is expected to be a soft point as well, as forecasts are for the measure to inch up to 5.7%.

Depending on the economic circumstances, the Bank of Canada would have no incentive to drive interest rates higher in the wake of an unimpressive outcome unless wage growth heats up to a greater degree and consumption picks up steam such that inflation could hit the Bank’s 2.0% midpoint target. But as in other economies, Canada has not seen wage pressures gather steam either, with Senior Deputy Governor, Carolyn Wilkins, saying last week that skills shortages, low prices in the vital oil industry and digitalization are potential reasons why firms don’t simply offer more money to their workers. Consequently, households who also struggle with debt stress prefer to keep their expenses under control, limiting inflationary pressures. Recall that the latest retail sales stats showed that receipts dropped by 0.9%, the largest decline in five months. Also of importance, the decline in home and auto sales provided a piece of evidence that elevated interest rates might have already started to constrain spending. 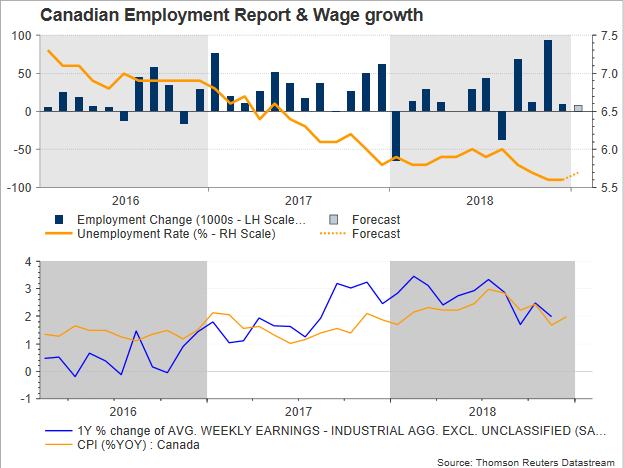 The last time the BoC raised borrowing costs was in July. Since then, the bank’s thinking was that, given the healthy picture of the economy, rates would need to continue rising. However, following the aggressive sell-off in oil and stock markets in the fourth quarter and the GDP contraction in November, policymakers feel now more doubtful about the timing of the next rate hike as the boiling US-Sino trade war and the cloudy economic environment in Europe could give little chance for improvement in Canada in the coming months – the odds for more tightening by the end of the year are around 35% according to the overnight indexed swaps. A worse-than-expected employment report, would likely throw more caution to the air, making investors more sensitive to any subsequent data releases ahead of the BoC policy meeting on March 6.

Turning to the market reaction, the loonie would bear the negative consequences of a surprisingly weaker jobs growth in the absence of any oil volatility. In this case, USDCAD could retest the 200-day simple moving average which currently stands at 1.3129 ahead of the previous low of 1.3064. if the latter fails to hold, the downfall could next pause within the 1.30-1.2950 area, while lower traders could eye the 1.29 round level as well.

Alternatively, upbeat numbers could push the price above 1.32 and towards 1.33. A steeper rally may target the 50-day MA currently at 1.3352, while a cross above the 1.34 resistance could bring more buyers into the market. 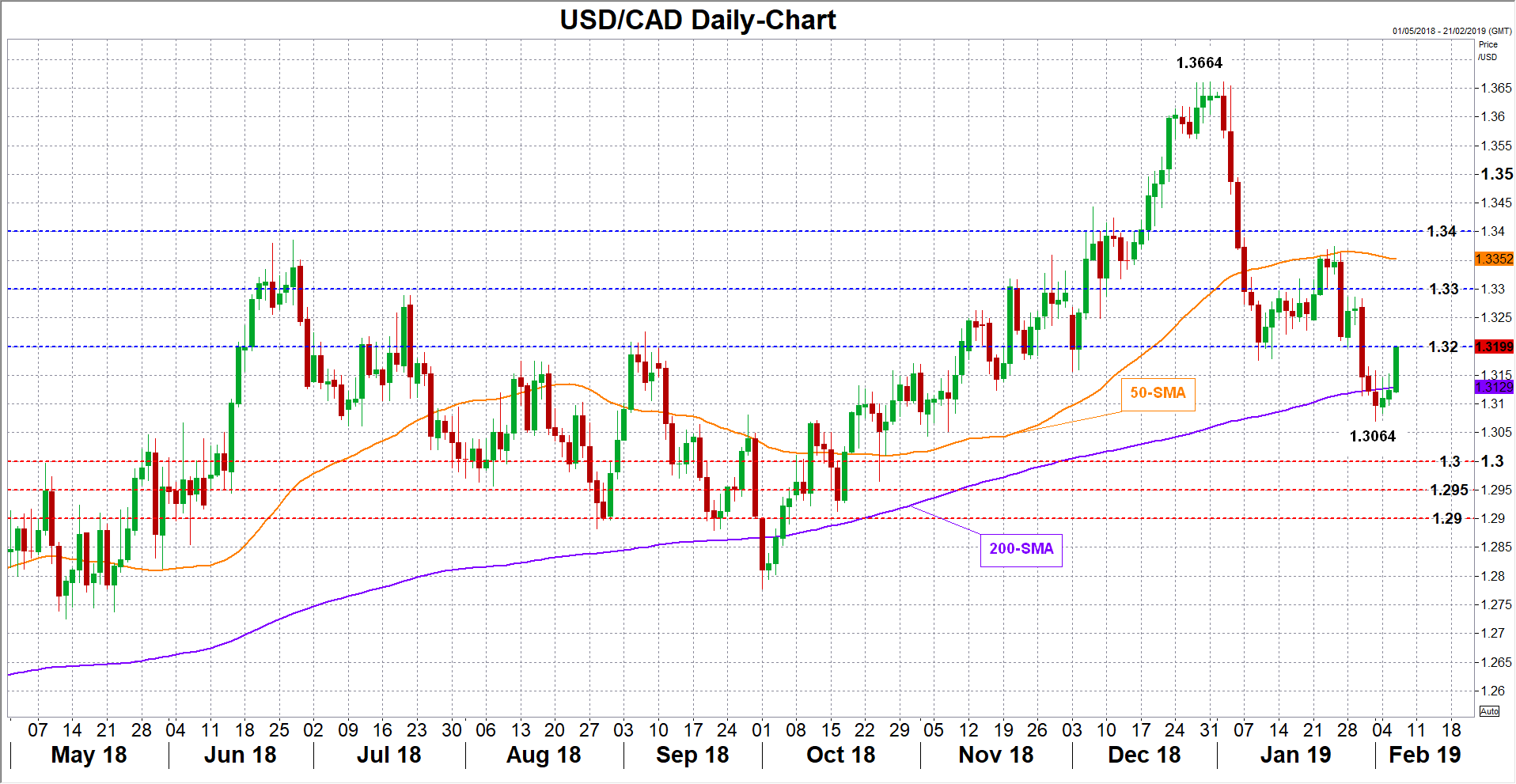