After a small improvement in December, China’s retail sales and industrial production figures are forecast to arrive softer on Thursday at 0200 GMT. Investors would probably read the data with caution as the Lunar New Year holidays may have disrupted business activities during that period. Still, the months-long US-Sino trade war will more likely receive some blames as well, thanks to its negative impact on the country’s economic health. Separately, fixed investments in urban areas are projected to tick higher.

According to forecasts, industrial production in the January-February period is said to have grown by 5.5% y/y, slower than in December when the output surged from 5.4% to 5.7%. Predictions for retail sales are also slightly pessimistic, with the measure seen inching down from 8.2% y/y to 8.1%. While, as usual, the absence from work during February’s seven-day long new year public holiday may have been responsible for the weakness, some traders could translate the results as an indirect outcome of the US’s harsh trade policies towards China, which has already started to become more evident in the data – Chinese GDP growth pulled back for the third consecutive quarter in Q4 2018 to reach multi-year lows, forcing the People’s Bank of China as well as other key institutions to cut their growth forecasts for the country. Exports fell dramatically by 20% in February and imports declined by 5.2%, halving the trade surplus with the US. 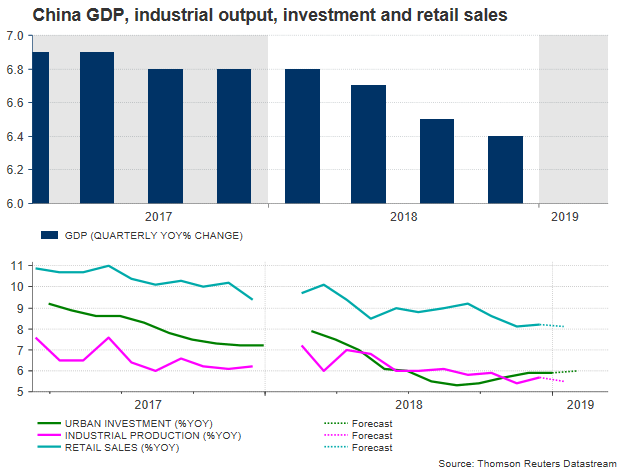 The US President decided to postpone a sharp import tariff hike against Beijing earlier this month as the recent talks between the two sides were reported to be progressing. The lack of detail on what has been fixed during discussions, however, kept some risk off in the markets, reflected by USDJPY’s neutral mood so far this month. The US Trade representative, Robert Lighthizer also appeared somewhat discouraged when talking to lawmakers on the Senate Finance Committee on Tuesday, saying that he could not predict “when and even if “a deal could be secured.

But headlines out of China, indicate that the government is pushing efforts to replace existing regulations on intellectual property rights that currently force foreign companies to make their technologies more transparent to the Chinese business community. Further updates on this issue are expected to be announced on March 15 when the Parliament in Beijing is anticipated to approve a ban on illegal technology transfers and government interference in foreign companies. If lawmakers approve the legislation in line with Washington’s desires, a trade deal could appear on the horizon. Otherwise, a failure to satisfy American demands could see further escalation in trade tensions and more headwinds to the Chinese economy. The question that arises at this point is how far tit-for-tat tariff punishments could go.

Nevertheless, until the trade drama finally ends, data releases will continue to direct markets, showing the effects of a tougher trade environment and the results of looser fiscal policy by the Chinese government. Another significant miss in forecasts on Thursday could be a worrying growth sign for Q1 2019, with the Australian dollar paying the consequences as China is a major buyer of Australian products. In such a case, AUDUSD could drop below the 0.7050 key level and touch support around 0.7020, while below 0.7000, the sell-off could next pause between 0.69 and 0.68.

On the other hand, should the numbers surprise to the upside and more importantly surpass previous readings to point to a recovery, painting a rosier picture for Q1, the pair could extend gains towards the 0.7090 mark. Higher, the price could find resistance between 0.7120 and 0.7160. 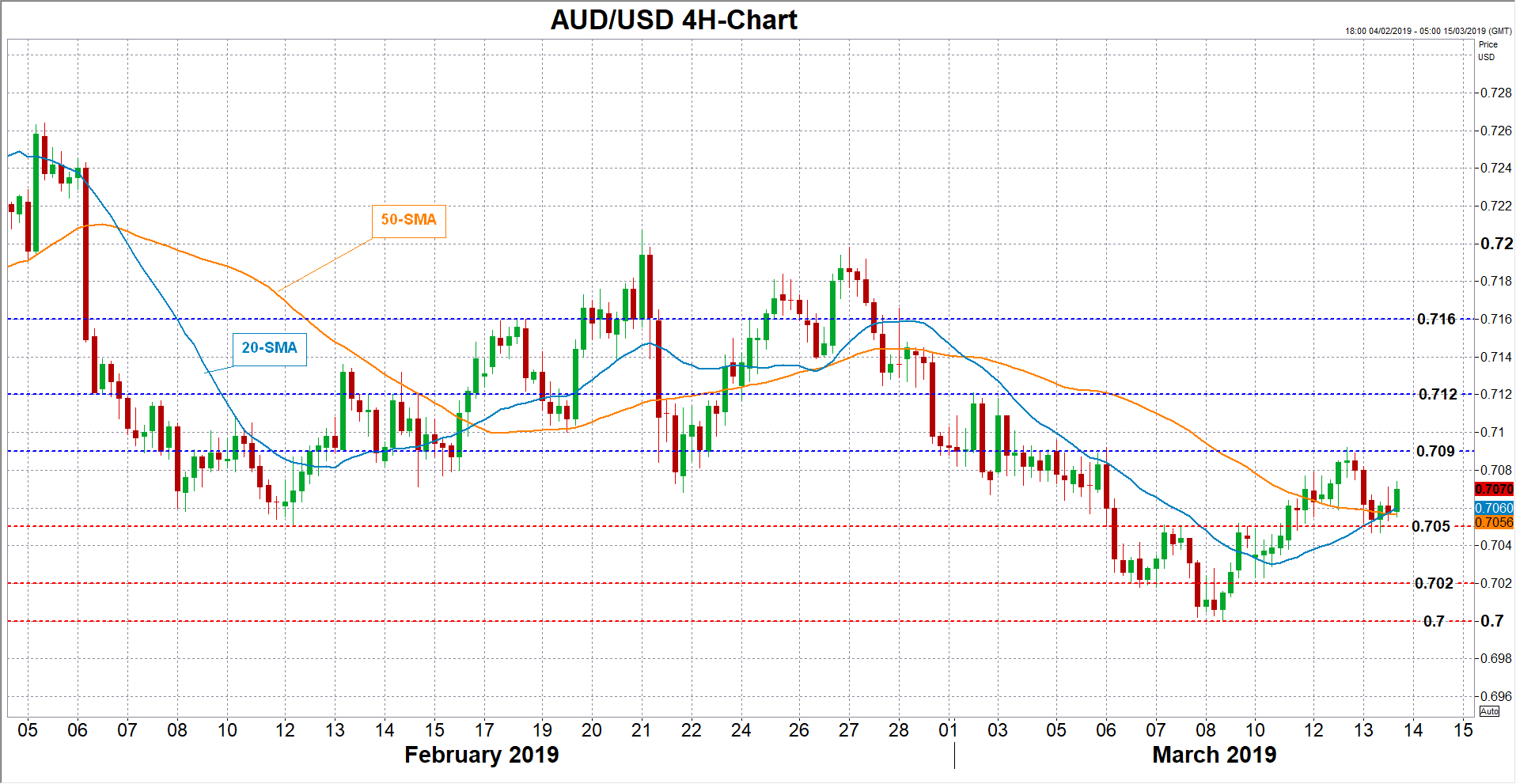