Facebook’s plans of launching its own cryptocurrency at some point next year raised the alarm in the central bank community, which already faces issues of meeting its objectives. However, what looks to be just an idea now, could turn  into a competitive game and a pivot point to the means of exchange if regulators pull the trigger.

Since the unanimous release of the famous Bitcoin in 2009, there has been little progress in making cryptocurrencies well-recognized and acceptable means of exchange because of the mounting uncertainty about how supply and demand are technologically controlled as well as fears of increasing underground economic channels.

And while central banks were quietly doing their own research on the matter amid speculation that stricter regulations over the protection of personal data would delay the spread of digital currencies, news that Zuckerberg will introduce its own digital Libra in the markets through its influential Facebook app as soon as next year brought a serious sense of urgency among central bankers.

In fact, what rang the bell is not the creation of another digital coin but rather who the provider is this time. Unlike the still unknown inventor of Bitcoin, Facebook is widely known and used across the world through its sharing social network including Instagram and Whatsapp. Undoubtedly, consumers could easily adopt Libra to quickly buy goods and services without fees as this would not require any effort other than downloading the Calibra wallet, where Libra will be offered, and opening Facebook or Whatsapp on one’s phone – accounts will be verified by government-issued identity card (ID). The advantage of handling 1,000 transactions per second compared to Bitcoin’s 7 could make “Zuckerbucks” the preferred choice. More importantly, Facebook has publicly reported that Libra will be backed by a basket of stable major currencies such as the US dollar, Japanese yen, euro and the British pound, relieving those who worry about price volatility – a problem that still exists in other cryptocurrencies.  And if this is not enough, Facebook will not be the only entity to control its project but a 28-member association of diverse private companies including Visa, Mastercard, Vodafone and Ebay will also be part of management. 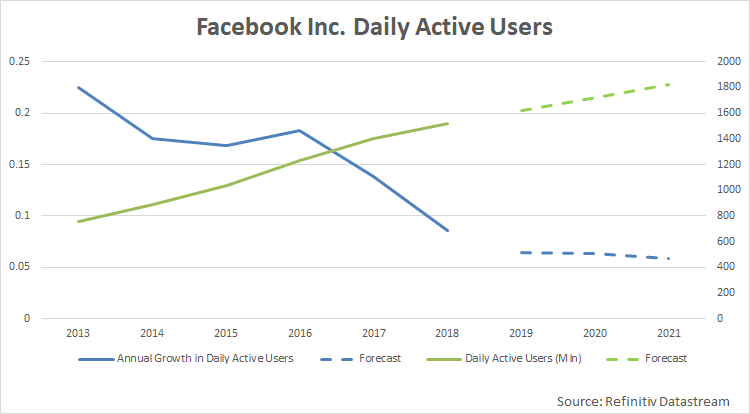 What could go wrong?

The availability of a more transparent cryptocurrency which serves consumers’ needs faster would not only steal market share from Bitcoin and other digital coins but also hurt national currencies, diminishing efforts by central banks and governments to balance their economies in case of an economic crisis. At the same time Facebook could gain the corporate immortality it seeks and even turn “too big to fail” if other companies delay in entering the market and/or an increasing number of firms starts accepting Libra payments. Particularly, consumers in developing countries, who pay large fees in international money-sending organizations and face rampant inflation as well as a not so secure banking system, would comfortably welcome such an alternative.

Of course, there is something that could ruin Zuckerberg’s plans: it’s called regulation. The company has a history of personal data breaches, recently accused of exposing personal information of 210 million Facebook users to Cambridge Analytica, which was involved in the 2016 US election interference scandal. Lawmakers could ban the project amid fears that members of the Libra association could illegally abstract personal information for their own business.

What central banks need to do?

Still, Facebook’s failure to win jurisdiction cannot be taken for granted and central banks need to be prepared in case Libra rolls into the market in the future. A bank can do this by being the first to get into the game and build trust.

It seems that central banks are already taking steps despite harshly criticizing Facebook’s idea. The People’s Bank of China has already outlined plans of its own digital currency which will require an electronic system of payment. In Europe, the Swedish Riksbank is investigating the appropriate technology platform to use for its e-krona, while the Bank of England has proposed the creation of a synthetic currency that will be based on a network of central bank digital currencies. In the euro area, Estonia was the first to announce interest in a cryptocurrency before the ECB chief Mario Draghi shut down the proposal, saying that the focus should be on the euro.

All in all, in terms of monetary consideration the issuance of a virtual currency that a government doesn’t control would complicate central banks’ efforts to monitor the amount of money in circulation, consequently affecting their ability to control inflation and employment through interest rates. Policymakers could buy or sell cryptocurrencies to enforce stability, but their actions could trigger destabilizing effects in other economies.

Hence, to keep the upper hand and restrict the entrance of private companies in the evolving money world, central banks must ensure that their digital currencies are based on a payment system that is secure from meddling, understandable to consumers and convenient to use