The Federal Reserve is undoubtedly expected to approve another jumbo-sized rate hike at the conclusion of its policy meeting on Wednesday at 18:00 GMT. Following the latest surprise pickup in inflation, investors have immediately become certain that the central bank may proceed with a triple rate increase in the following two meetings, though whether the Fed will violate its guidance to meet market expectations remains to be seen. If it moves forward, traders will probably need good assurances that the economy will stay afloat to push the dollar higher.Investors wait for a triple rate hike

Recession fears have been stubbornly creeping into global markets since the previous FOMC policy meeting, undermining the Fed’s aggressive rate hike campaign, especially after GDP data revealed a shallow annualized economic contraction in the first quarter for the first time since mid-2020 because of trade imbalances and weaker inventory growth.

Despite the negative GDP prints, the data indicated a resilient domestic demand. Personal consumption and private investment picked up steam, allowing the Fed to stick to its plan and ramp up its fight against inflation by delivering a sharper 50bps rate hike in May as widely expected. It was the biggest rate increase since the dotcom bubble two decades ago, but the Fed said that it will not stop there, showing stronger commitment to similar rate increases in June and July.

The latest CPI report, however, and the rebound in inflation expectations signaled that rate increases have been ineffective so far this year and the Fed will need to gear up its rate hike plan to ramp up its fight against inflation. Although hopes for an inflation peak gained significant popularity recently because of potential fading base effects, May’s headline inflation figure surprisingly marked the highest annual growth of 8.6% since 1981 on the back of energy and services costs, suggesting instead that there is no immediate relief from inflation in sight. Consequently, investors became immediately certain that the Fed will sharpen its rate increases to 75 bps this month and in July and return to 50 bps rate hikes in the last two meetings of the year. 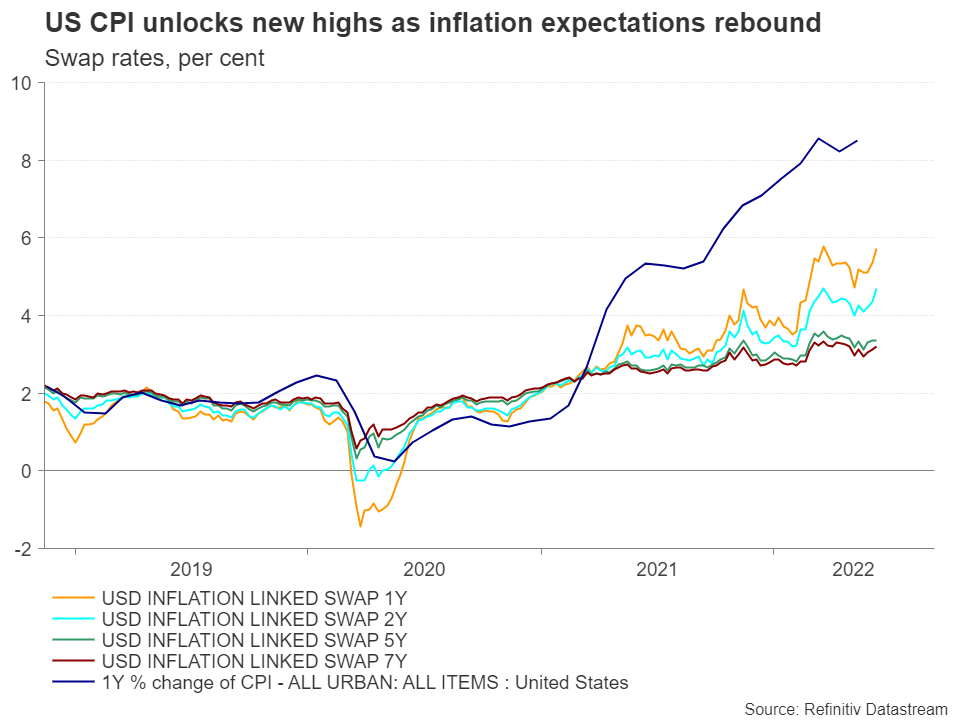 Economic weakness starts to shape up, but will the Fed proceed?

Well, there is speculation that the Fed is behind the curve, and more needs to be done as long as the labor market remains tight, and demand keeps supporting the economy. That said, the Fed has been persistently favouring a smooth transition, clearly telegraphing its policy intentions to the public since the start of the year. If it surprisingly violates its guidance this time to meet market expectations for a 75 bps rate increase, there is a danger it will lose credibility - which is hard to regain.

Of course, there is some growing evidence that the US economy continued to lose steam in the second quarter. The savings rate, which skyrocketed during the lockdown periods, has slumped to the lowest since 2008, somewhat justifying the resilience in consumption. Home sales declined for the third straight month in April as higher mortgage rates and rising prices weighed, while jobless claims rose to the highest since the start of the year, portraying some cooling in the tight labor market too. In addition, the Fed’s latest Beige book for May detected moderation in retail and real estate markets and more importantly, diminishing growth expectations. 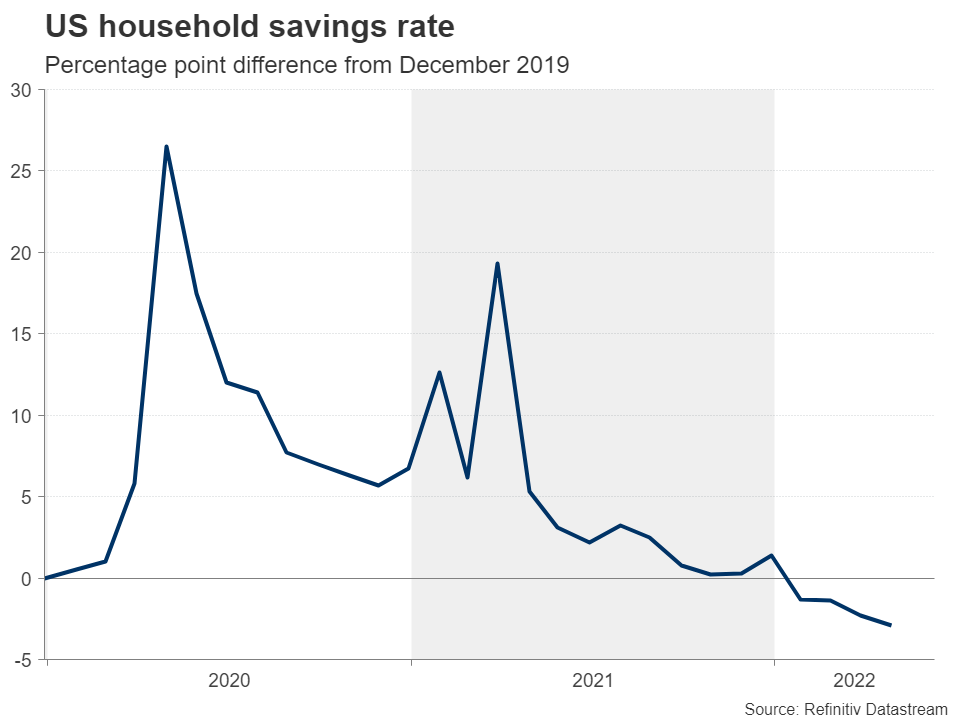 The Fed, however, will likely play a safe game and stay on course, avoiding any reference to the R word for now, which could add more fuel to the stock sell-off. That could consequently disappoint a large group of investors, who anticipate a triple rate hike this week, and hence pressure dollar/yen below the nearby resistance of 134.26, especially if Powell entirely excludes the case of super-sized 75 bps rate hikes in the future.

In the hawkish scenario, where the Fed listens to market expectations and more policymakers place their rate projections for super-sized rate increases in the year ahead, Powell will need to provide a good justification that the economy is resilient enough to absorb sharper rate increases without falling into severe recession. In this case, dollar/yen could initially spike up to the 136.00 – 137.50 area and then towards the 139.15 region, which is the 261.8% Fibonacci extension of the previous downleg.