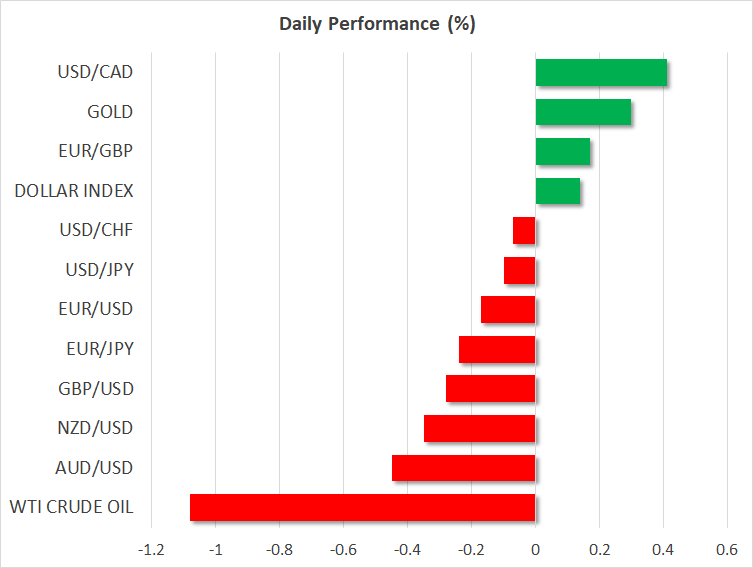 Markets worry Biden’s proposal will be watered down

The US President-elect unveiled his new stimulus package to reawaken the American economy, which would cost $1.9 trillion. It includes direct payments of $1400, aid for state and local governments, expanded covid testing and vaccination funds, greater unemployment benefits, and a minimum wage increase to $15 per hour. In addition, a second massive spending plan is expected to follow at a later stage, focusing on infrastructure.

The markets were left somewhat disappointed. Wall Street futures and Treasury yields both dipped in the aftermath, though the retreat was minor. The overall size of the package was slightly less than the rumored $2 trillion and the wide scope of the proposal implies that getting it through the Senate will be a herculean task.

The Senate typically operates under a filibuster rule, which requires a 60/100 supermajority. The chamber will be split 50-50 between Democrats and Republicans, so Biden would need every single Democrat and 10 Republicans to go along. Otherwise, he can use the budget reconciliation process that only requires a simple majority to ram this package through, but that would imply he cannot use this process for his second plan later. Even so, getting fiscally conservative Democrats like Senator Joe Manchin on board won’t be a picnic.

Overall, markets are sensing this plan will require a major battle in Congress and that the final version will probably be watered down severely as a result. Complicating matters further is Trump’s impeachment trial, which could absorb a lot of time on the Senate floor and delay both this bill and the confirmation of Biden’s cabinet picks. Hence, some equity traders decided to lock in profits near record high levels, steering clear of all the turbulence ahead.

In the FX arena, the dollar barely responded to Biden’s plan. The greenback is a touch higher on Friday, but that probably comes down to a softer euro and the mild risk-off tone in stocks sparking some defensive demand for the reserve currency. One element keeping the dollar’s advance in check is the dovish volley from Fed chief Powell yesterday, who played down speculation about tapering the QE program.

The euro has taken some fire lately. The turmoil in the Italian political scene, dovish ECB minutes, and German Chancellor Merkel reportedly seeking to tighten the nation’s lockdown all played a role. More broadly, worries about the fragile Eurozone economy may be getting priced in. A double-dip recession seems almost unavoidable at this stage, and with an ECB meeting coming up next week, traders may be positioning for another round of dovish signals.

The British pound is under some pressure on Friday but is set to end the week on a very strong note. The main driver seems to be the pace of the vaccination campaign, which has accelerated lately, fueling hopes that the UK may be the first major economy to defeat the virus.

As for today, US retail sales for December could be crucial for the dollar and equities in light of the Fed tapering discussion. Investors will also focus on any comments from Senators on whether they support Biden’s plan.

The fourth-quarter earnings season is here too, with JPMorgan, Citigroup, and Wells Fargo getting the ball rolling today before Wall Street’s opening bell.

In Germany, Merkel’s CDU party will begin its conference to decide who will succeed her. The winner would stand a strong chance of becoming the next Chancellor. 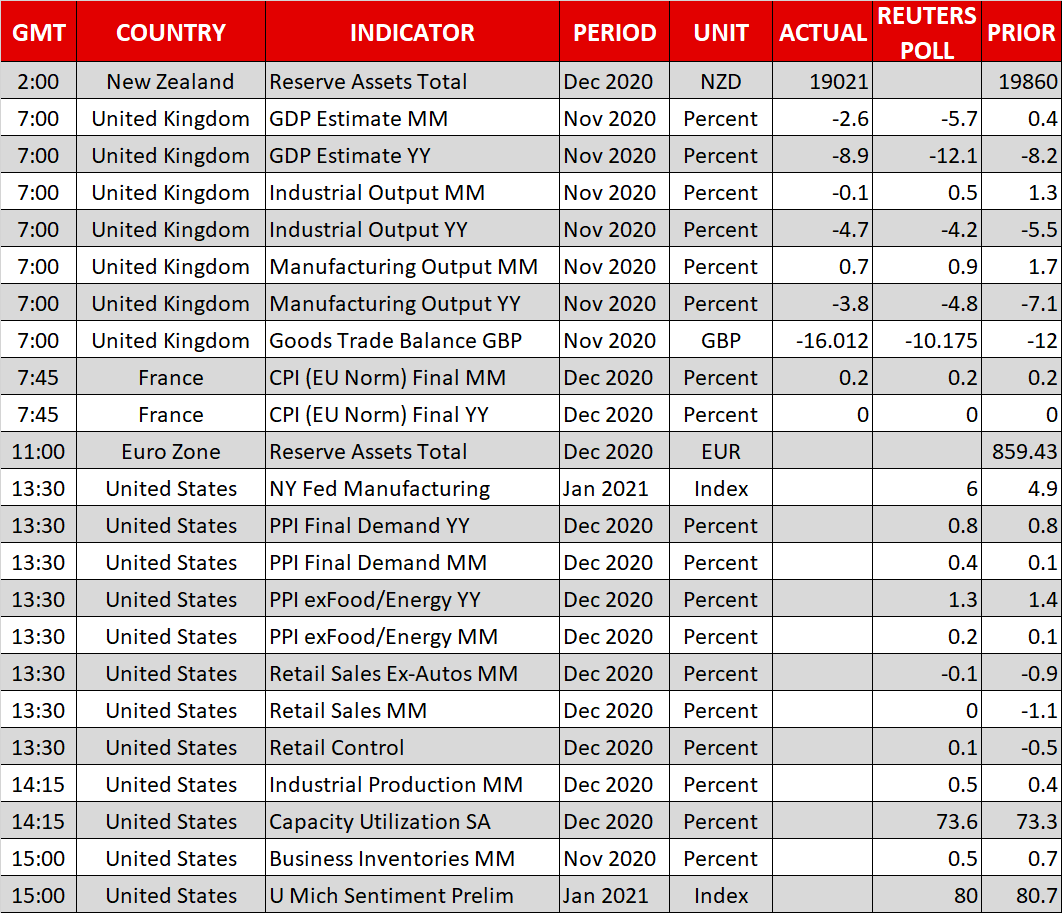