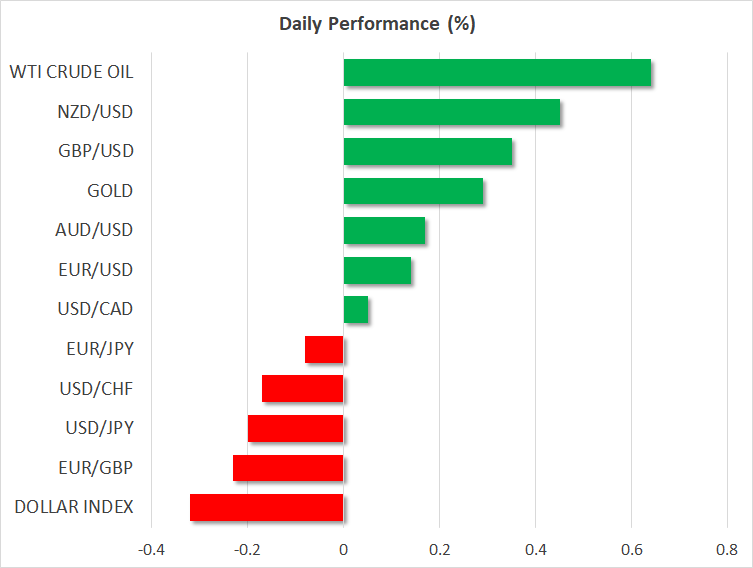 Fed cuts rates and signals a pause, but markets don’t buy it

The Fed cut rates by another quarter-point yesterday, as widely expected, but refrained from signaling that any more cuts are coming. The phrase “will act as appropriate to sustain the expansion” was removed from the statement, hinting that policymakers may hit the pause button for a while and allow the already-enacted stimulus some time to work, having cut rates three times now. That sent the dollar higher alongside US bond yields, as investors pared back bets for more easing.

It wasn’t meant to last though, with the dollar giving up all its gains to trade lower overall after Chairman Powell stepped up to the podium. Even though he started by confirming the Fed may pause, saying that it would take a “material” shock for rates to be cut again for example, the markets oddly focused on a much different remark. Namely, that “a really significant move up in inflation” is needed before the Fed even considers raising rates.

The takeaway for investors was that while the Fed wants to pause, it will still cut rates if anything adverse happens, whereas it won’t raise them even if the economy picks up steam – which was enough to propel the likes of the S&P 500 to new record highs.

Where does all this leave the dollar? Admittedly, it’s still difficult to throw in the towel on the world’s reserve currency. For all its troubles, the American economy is still far stronger than Europe’s, which is mired in structural and institutional issues. Unless the Fed gets ‘ahead of the curve’ and starts slashing rates much more aggressively or Germany rolls out a large fiscal stimulus package, it’s hard to envision sustained weakness in the greenback.

Bank of Canada pulls out a dovish surprise

Across the border, the BoC took many traders by surprise as well, striking a dovish tone at its own meeting yesterday even despite a solid domestic economy. Policymakers emphasized the downside risks emanating from trade conflicts, indicating that “the resilience of Canada’s economy will be increasingly tested” going forward.

The signal was that rate cuts are back on the menu, with Governor Poloz taking a page out of Powell’s book and indicating that they even debated an “insurance” cut, but decided against it for now. The loonie got hammered as investors priced in a much greater likelihood for BoC rate cuts, derailing the narrative that Canada will be an oasis of neutrality in a desert of global monetary easing. Markets are currently factoring in a mere 27% probability for a cut in December, which seems insufficient considering that the bar for an insurance cut may be pretty low.

Overnight, the Bank of Japan (BoJ) refrained from adding to its already-massive stimulus program but recalibrated its forward guidance to indicate that rates will stay at current or lower levels for longer. This opens the door for some more stimulus. Yet, the yen barely reacted, likely because the BoJ’s policy arsenal is nearly exhausted already.

Busy day ahead: Eurozone, US, and Canadian data

With central banks out of the way, the focus now turns to economic data. In euro land, preliminary GDP for Q3 will shed some light on how much damage the manufacturing malaise has inflicted on economic growth.

In the US, personal income and spending data for September, together with the core PCE price index, will serve as an appetizer before tomorrow’s all-important payrolls report.

Canada’s GDP numbers for August are also due. 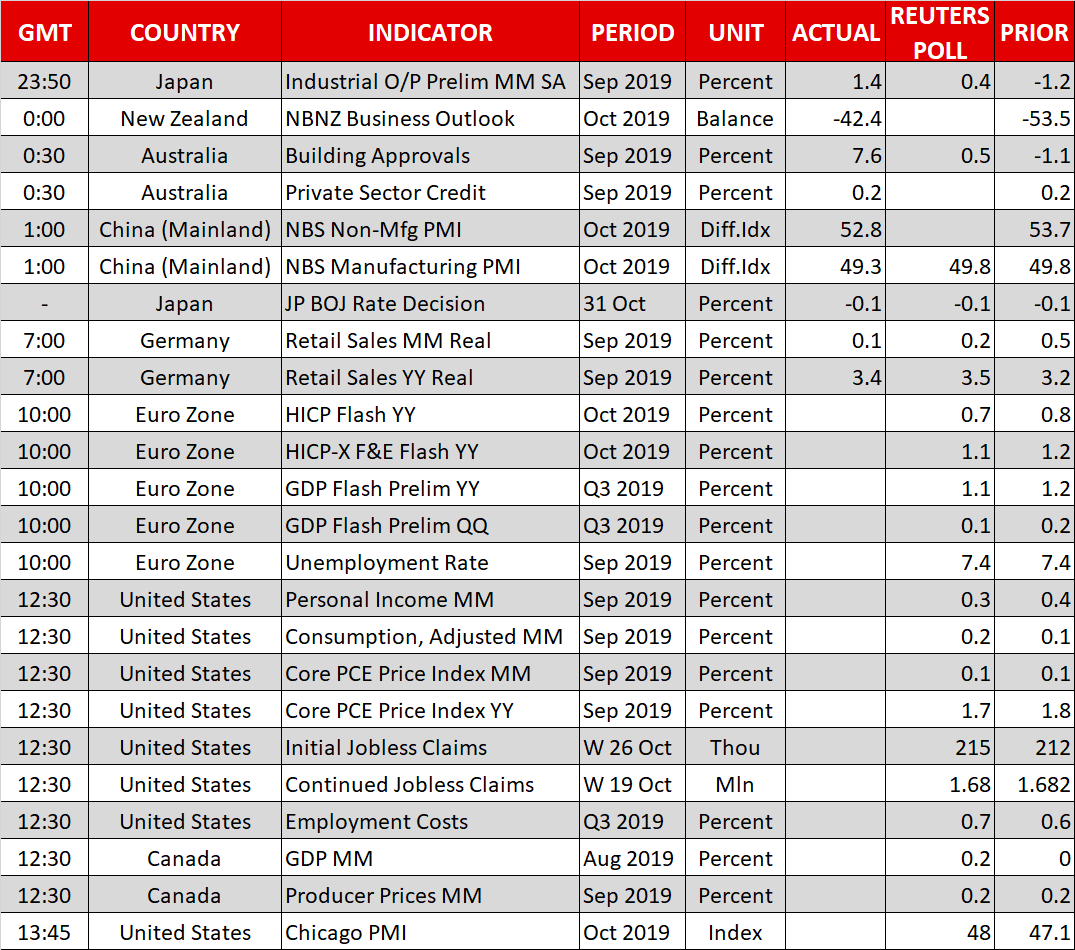