Daily Market Comment – Dollar lifted by upbeat US data; Powell and NFP report coming up next 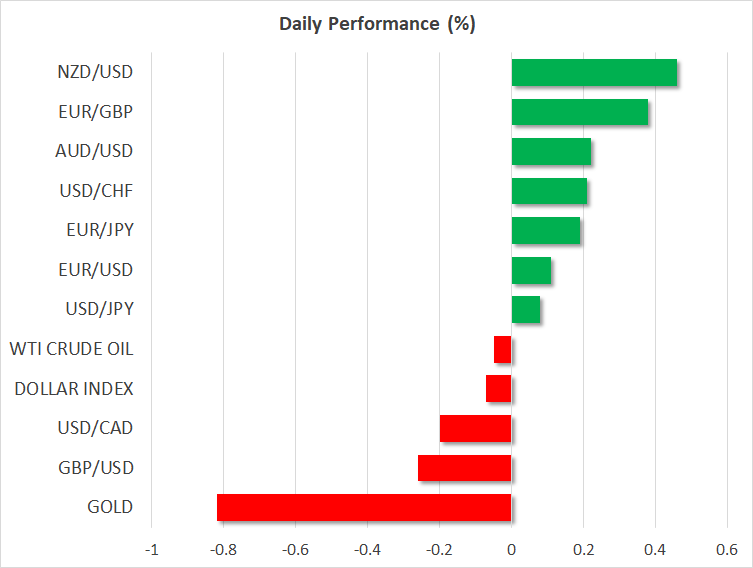 The week looks set to end on a positive tone as the mid-week rebound in risk appetite received an additional boost from robust economic indicators out of the United States yesterday. The US scored a hat-trick as the ADP employment report, factory orders and the ISM non-manufacturing PMI all beat expectations, suggesting the American economy is far from a recession.

The ISM non-manufacturing PMI – an important gauge of services activity – was in sharp contrast to Tuesday’s manufacturing PMI, which fell into contraction territory. Investors were also encouraged from the better-than-expected private employment survey by ADP, possibly signalling that today’s official nonfarm payrolls report, due at 12:30 GMT, will also be on the strong side.

A solid jobs report would temper expectations of aggressive policy easing by the Federal Reserve and markets will have the last opportunity to hear from the central bank before the next FOMC meeting when Chairman Powell speaks in Zurich at 16:30 GMT.

The dollar index came off one-week lows following the strong data as Treasury yields rebounded sharply. But the greenback’s recovery was more notable against the safe-haven yen, which is testing the 107 level. Meanwhile, risk-sensitive currencies such as the Australian and New Zealand dollars extended their long-overdue gains versus their US counterpart, with the aussie crossing above the $0.68 threshold and the kiwi nearing the $0.64 level.

The aussie was boosted earlier in the week after the RBA failed to signal an imminent rate cut at its policy meeting. Signs of progress in US-China trade talks had also lifted the Australian currency as well as other risk assets on Thursday. The US and China have agreed to hold high-level talks at the beginning of October and hopes were raised on a Chinese official’s comment that “We’ll strive to achieve substantial progress”.

Global equities have rallied following the positive trade developments, with the S&P 500 breaking above its recent sideways range and Chinese indices rising to multi-month highs.

However, there’s still plenty of caution in the markets as indicated by the limited sell-off in safe-havens relative to their recent gains.

British Prime Minister Boris Johnson faced fresh setbacks on Thursday after his own brother quit as an MP and as a minister in the government. Johnson also struggled to convince opposition lawmakers to back his call for a general election.

The government needs the vote of two-thirds of Parliament to trigger an election, but opposition parties are wary of Johnson’s tactics and may not support calls for an election until after the prime minister has requested an extension to the Brexit date at the EU summit in mid-October.

With the Brexit delay bill that forces the government to seek an extension set to become law by Monday and Johnson saying “I’d rather be dead in a ditch’ than delay Brexit”, the possibility of the prime minister resigning cannot be ruled out.

For now, though, investors appear to be relieved by MPs’ latest attempts to block a no-deal Brexit and prevent the government from getting its way. The pound has soared by 3% from its three-year trough touched on Tuesday, reclaiming the $1.23 handle. The euro has also benefited from the reduced risk of a disorderly Brexit as well as some doubts emerging about an announcement of a large stimulus by the ECB next week. 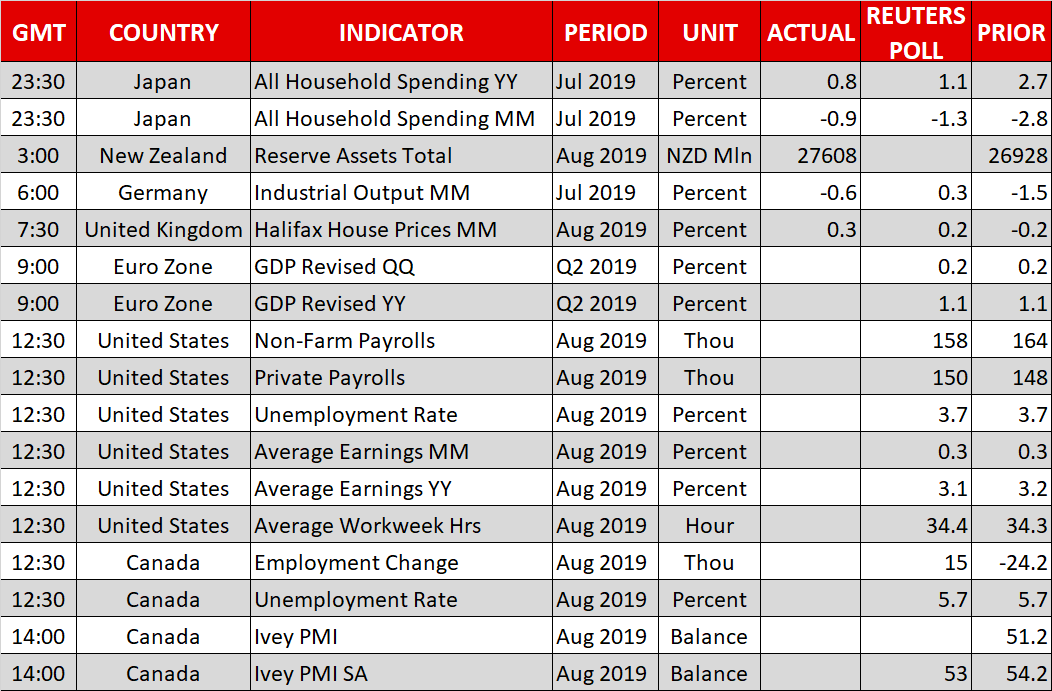