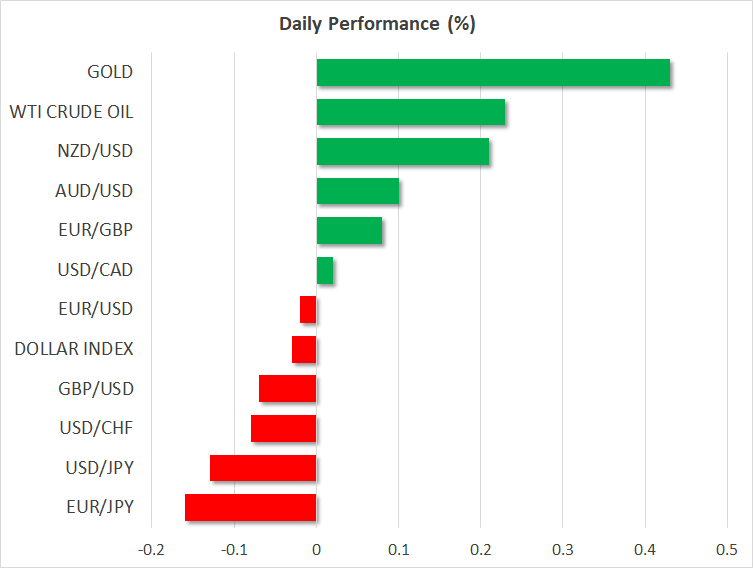 Strong US jobs report puts dollar back in the front foot

The US dollar was trading close to Friday’s highs today when it surged on the back of a much better-than-expected nonfarm payrolls report. The US economy added 224k jobs in June, significantly higher than the 160k expected and a strong rebound on the downwardly revised 72k reported in May. The impressive data suggests the American economy still has plenty of momentum and is far from needing aggressive intervention by the Federal Reserve to bolster it.

The dollar index jumped to a near three-week high of 97.44 on Friday, while against the yen, the greenback was comfortably back above the 108 handle. There were no escapees from the dollar’s comeback, which triggered a major negative correction in currencies such as the Australian and New Zealand dollars that had been rallying in recent weeks on strengthening expectations that the Fed will soon engage in extensive policy easing and surpass the loosening by their own respective central banks.

European currencies also suffered heavy losses. The euro came close to breaching the $1.12 level, as apart from the resurgent dollar, investors expect Christine Lagarde, the nominee to replace Mario Draghi at the helm of the European Central Bank, will pursue a dovish policy agenda. The pound, meanwhile, brushed a six-month low of $1.2479 amid growing signs of a weakening British economy and a shift by the Bank of England away from its tightening bias.

Although positive economic news would normally be received well by the stock market, equity traders were clearly disappointed by the unexpected improvement in the US labour market. Wall Street’s leading share indices closed marginally lower on Friday, but Asian stocks bore the brunt of the beating today from the diminishing odds that the Fed will cut rates by as much as 50 basis points at its July meeting.

Most Asian bourses fell by between 1% and 2.5%, though equity futures were pointing to more modest losses for European and US stocks. The sea of red across stock markets was solely defined by the paring back of expectations that the Fed will loosen policy significantly this year rather than by risk aversion as Treasury yields rallied from the strong US data. This in turn weighed on gold, which briefly dipped below $1400 on Friday before recovering slightly.

But with most world central banks still expected to move towards more accommodative policy in the coming months, sentiment for gold remains bullish and investors continue to fully price in a 25bps rate cut by the Fed later this month even though a bigger reduction is now off the table. There were also some doubts creeping in regarding the need for additional Fed rate cuts by the end of the year, following July’s anticipated move. Recent data from the US has been on the soft side and despite the strong headline payrolls number, wage growth came in slightly below forecasts, pointing to still muted inflationary pressures.

This puts all the more focus on this week’s semi-annual testimony before Congress by Fed Chairman Jerome Powell on Wednesday and Thursday. The Congressional hearings could be Powell’s last chance to tone down market expectations of lower rates before the next policy meeting at the end of July, or to signal that a cut is forthcoming.

The Bank of Canada will also be under the spotlight later this week as it meets on Wednesday for its policy decision. The Canadian dollar quickly recouped its losses versus the greenback after the jobs report despite Canada’s own disappointing employment figures on Friday as investors are increasingly convinced the BoC won’t be cutting rates anytime soon.

Also worth keeping an eye on later this week are planned trade discussions between US and Chinese officials as negotiators attempt to get the stalled talks back on track. However, expectations are low that any substantial progress can be made this week.