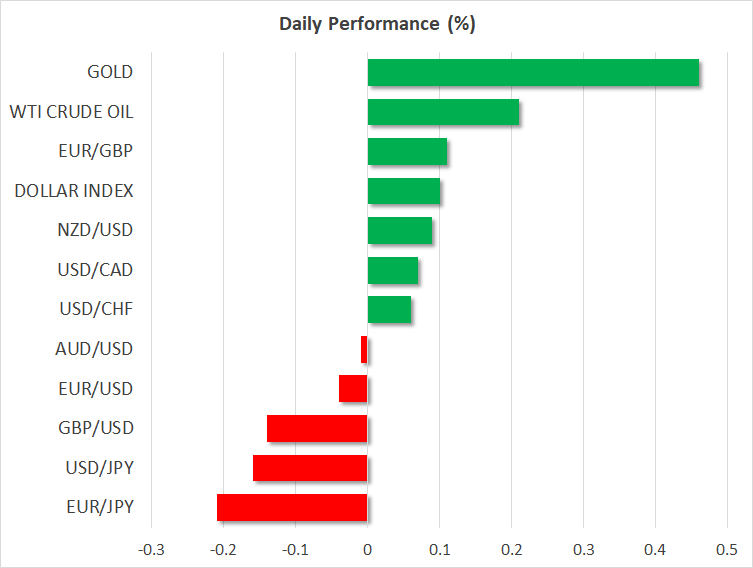 In an otherwise quiet session on Tuesday, the biggest piece of news was that EU leaders finally reached a consensus on who to nominate for the Union’s top jobs. German defense minister Ursula von der Leyen is set to take over the Commission – the institution that holds most of the executive powers. More importantly for markets, IMF director Christine Lagarde was chosen to lead the ECB after Mario Draghi’s term ends in October.

Her reputation as a veteran in dealing with crises, coupled with her past support for unconventional monetary policy measures, mean that investors saw her appointment as adding continuity to ECB policy after Draghi. She is regarded as more of a dove that’s unlikely to push back on another dose of QE, for instance. Hence, ‘business as usual’ at the ECB.

Bond markets reacted the most, with 10-year yields in Germany, France, and Spain hitting record lows today, as traders attempt to front-run a new round of ECB bond buying. In the FX market, the reaction was more muted, with the euro moving only slightly lower. Despite the latest losses, the broader outlook for the single currency is not necessarily negative. If both the Fed and the ECB start easing ‘guns blazing’, the potential losses in the dollar would likely eclipse those in the euro, given that the Fed has much more ammunition with which to ease.

The British pound took a hit on Tuesday, which uncharacteristically came from the economic arena. The nation’s construction PMI unexpectedly dropped to 43.1, much lower than the anticipated 49.3, signaling that the sector is contracting at a faster pace – an alarming sign.

That was followed by some remarks by BoE Governor Carney, who adopted a much more cautious tone, highlighting that a global ‘sea change’ is underway amidst trade tensions and slowing growth. Reading between the lines, his message was that the BoE may soon abandon its plans to raise rates, which would bring the Bank’s official stance closer to market pricing that currently suggests a ~60% chance for a rate cut by December.

The services PMI will be released today, and will be closely watched, as it accounts for nearly 80% of the British economy.

Oil retreats as investors focus on a slowing global pulse

In the broader market, one of the biggest movers was oil, which posted severe losses even despite the agreement by OPEC and Russia to prolong their production-cut deal by another nine months. The losses seem more like a ‘sell the fact’ reaction after the OPEC meeting concluded more or less as predicted, with worries that the global economy is slowing down perhaps playing a role as well.

Dollar holds its breath ahead of ADP and ISM non-manufacturing

All eyes will turn back to the US today, where the ADP jobs data will be released ahead of the ISM non-manufacturing PMI, both for June. The private ADP figures will give traders a flavor of what to expect from the official payrolls report on Friday, while the ISM print could shed some light on whether the manufacturing slowdown has also started to ‘infect’ the service sector.

The probability for a 50 basis points Fed rate cut in July still stands at ~20%, which means the dollar may have more room to recover in the near term if these data are relatively solid. 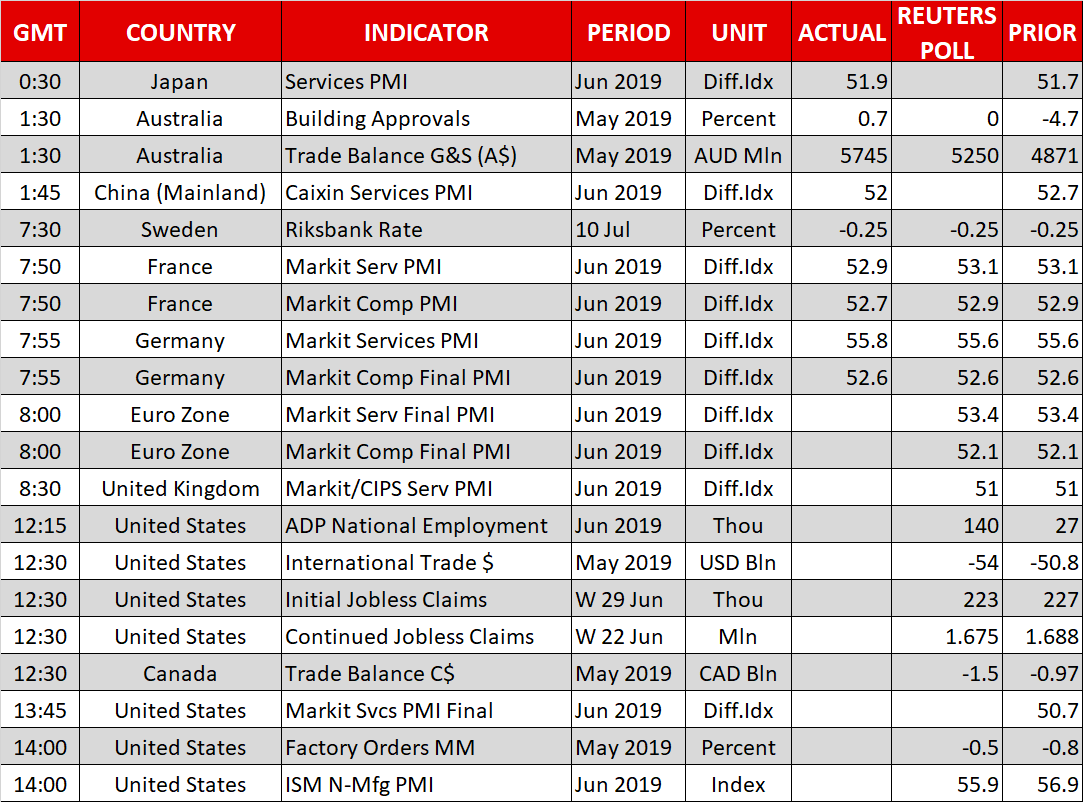