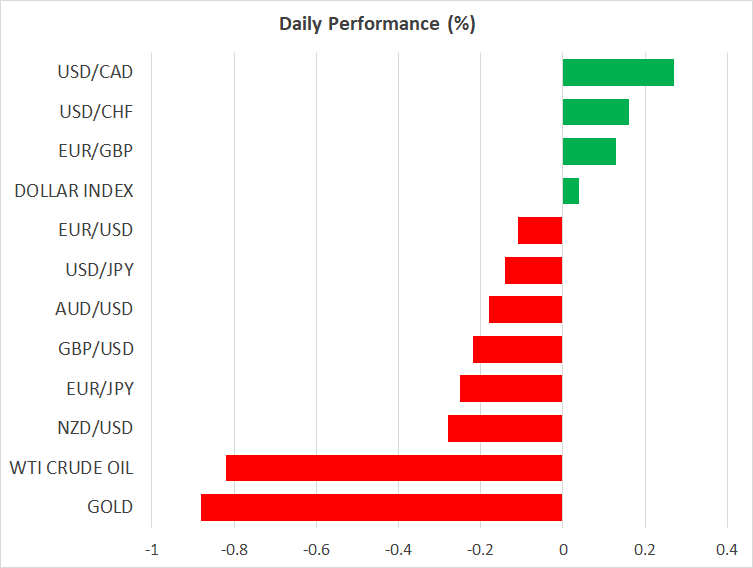 Fed takes a small step back, markets throw a tantrum

It was another eventful FOMC meeting. The Fed officially embraced its new inflation overshoot regime, albeit not unanimously. The vote was 8-2, with Kaplan and Kashkari dissenting. Kaplan was on the hawkish end of the spectrum, not wanting to tie the Fed’s hands for many years by committing to ultra-loose policy, whereas Kashkari wanted to go even further than the Committee by targeting core inflation.

Dissents aside, the overall message was loud and clear: interest rates will not be raised again for several years even if the economy improves drastically. This was reinforced by the new economic and interest rate projections, which showed that policymakers expect rates to stay near zero through 2023 despite their forecasts foreseeing unemployment falling back to 4% by then.

For the markets though, the takeaway was that the Fed did not back up its dovish rhetoric with instant action. The result was a stronger dollar once the dust settled that was mirrored by a setback in stock markets. While Powell kept the door wide open for increasing the pace of QE going forward, the market reaction shows that many investors expected more firepower to be unleashed right here and now.

Short-term wobble, but destination is clear

The mini tantrum in financial markets has persisted into Thursday, with the dollar shining bright and Wall Street set to open another ~1.5% lower according to futures. While this is natural given the Fed’s measured approach, it is questionable how much longer it will last.

First and foremost, Powell’s implicit message was we are not adding more stimulus today, but we will do so with the first hiccup in the economy. Secondly, for the Fed to push inflation above 2% sustainably, it will be forced to do more each and every time there is a meaningful setback in the markets – not just in the economy – that tightens financial conditions. The dollar must be a casualty in this battle if the Fed is to win. 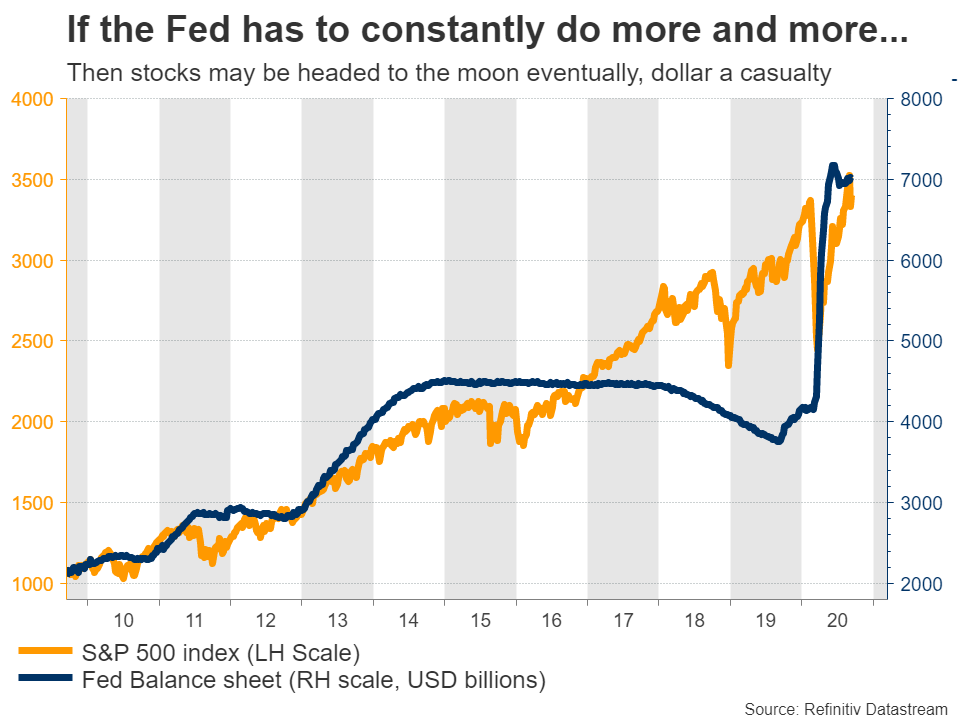 At some point, stock markets will wake up to the fact that the virus might be ancient history in a couple of years, but rock bottom interest rates will stick around for much longer. Likewise, governments have rediscovered they can spend money without consequences, and that genie is not going back into the bottle anytime soon. While the politics of the election season may prevent Congress from passing a new relief package right now, another package will come eventually, which is probably why the market hasn’t panicked over this.

The bottom line is that the path of least resistance for the dollar is lower and for equities higher, even if the upcoming US election and the ECB actively talking down the euro slow down these trends for now. In this light, any setback in equities is likely to be viewed as an opportunity to buy at more sensible valuations, instead of a catastrophe.

Pound storms back ahead of BoE meeting

The British pound roared back yesterday, after Boris Johnson reached a compromise with the Tory rebels that would give Parliament a vote before he can use the powers that violate international law. Hence, Johnson may have placed a gun on the negotiating table with the EU, but markets are saying that Parliament will keep the safety pin on.

The BoE meets today and will likely have trouble sounding optimistic. The nation almost slipped into deflation in August, infections are rising again alongside political uncertainty, and unemployment might skyrocket once the furlough scheme ends next month. Signals for more stimulus in November may take some of the shine off sterling.

Elsewhere, the Bank of Japan’s meeting overnight was uneventful, while the aussie didn’t manage to sustain the gains it posted after a blockbuster employment report. 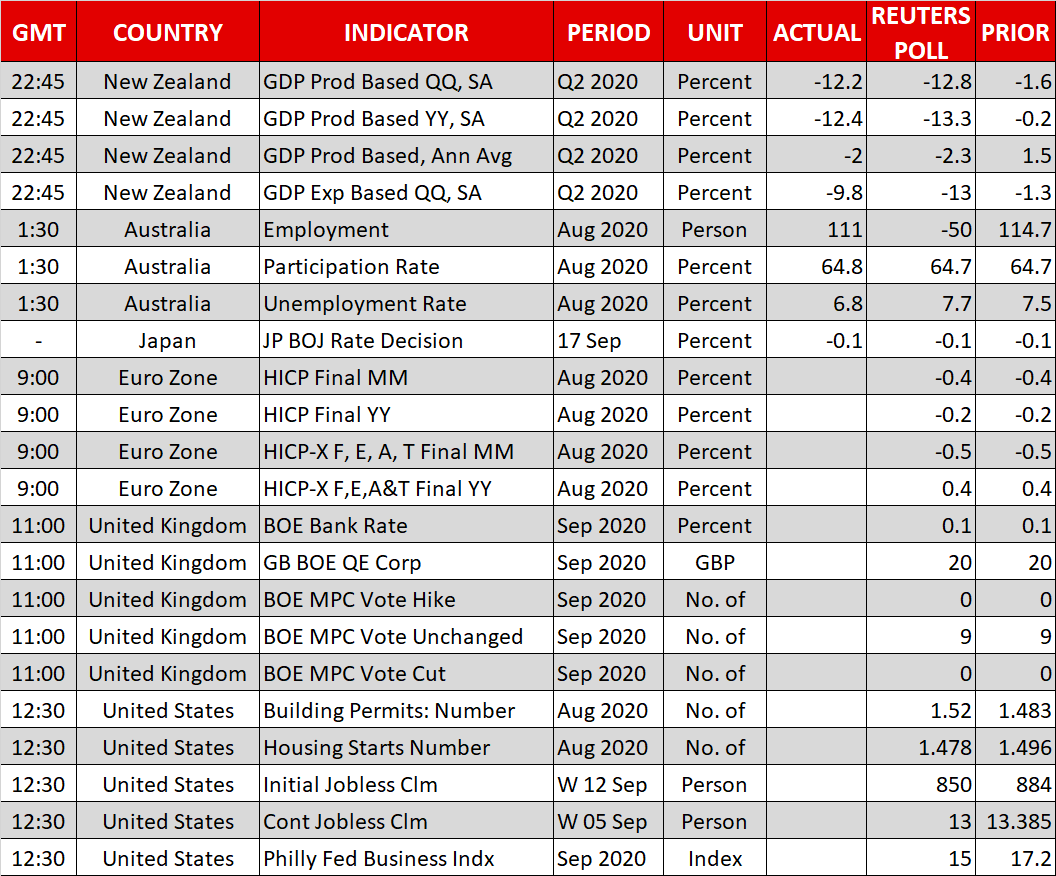