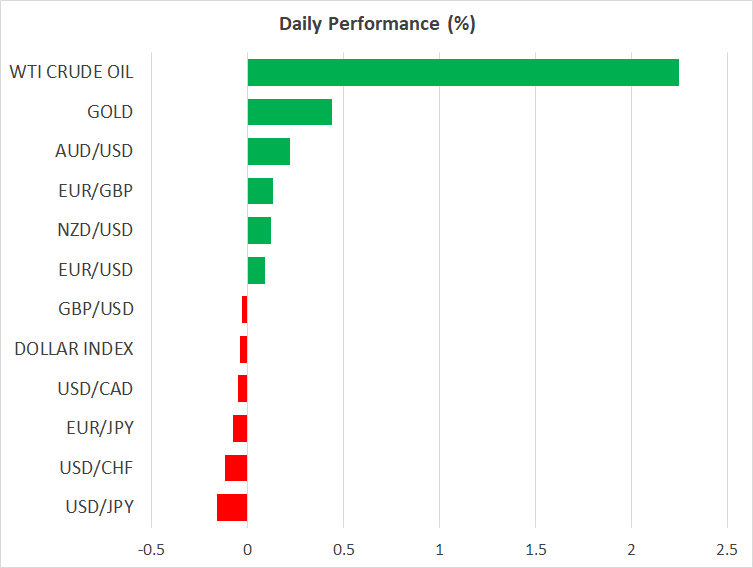 The main event today will be the FOMC decision at 18:00 GMT, which will be followed by the regular press conference by Chairman Powell half an hour later. The Fed is certain to use this meeting as a public relations exercise to explain its newfound tolerance of higher inflation in more detail.

What is less certain is whether it will also deliver new measures to boost inflation and enhance the credibility of its new framework, or whether it will just use dovish rhetoric to drive that point home and wait until after the US election before acting. This will likely determine the initial market reaction.

It’s a close call, but the Fed seems more likely to take a step back for now. Economic data have been encouraging across the board, with consumption and the housing market roaring back, the labour market recovering jobs at a decent clip, and the latest CPI numbers showing that core inflation is heating up already.

This implies there is no great pressure on policymakers to act immediately, a view echoed by the July minutes and a couple of officials lately, who hinted they would like more clarity on the economy’s path before taking any long-lasting decisions. Additionally, the outlook for government spending might become clearer after the election, giving policymakers a better sense of how much more monetary stimulus is required.

If the FOMC shies away from action, that would argue for a spike higher in the dollar as those looking for an immediate ramp up of QE are left disappointed. Even in this case though, it is still difficult to envision any sustained dollar rally in an environment where the Fed is ‘out-printing’ the ECB, the ECB is not backing up its euro jawboning with action, and stock markets are back near record highs.

Markets subdued under the FOMC shadow

Tuesday was a slow news day in the markets, resulting in relatively subdued moves as traders were cautious of adding much to their positions ahead of what promises to be an eventful FOMC meeting. The exceptions were the Japanese yen and British pound, both of which gained ground mostly to the detriment of the euro. Outside of FX, it was the stock market that marched higher, powered by another round of gains in the tech sector.

The pound’s advance seems natural given the broader risk-on atmosphere, as sterling has transformed into a risk-sensitive currency this year. Alas, the pound is back on the retreat today after the latest batch of inflation data revealed a sharp slowdown in price pressures, raising the odds for more easing by the Bank of England in November.

The yen’s gains are more peculiar, as the defensive currency climbed despite the risk-on mood. The move may be linked to growing expectations for an early general election in Japan that could jeopardize the continuity of Abenomics, which have been instrumental in weakening the currency long term.

The Bank of Japan will wrap up its own policy meeting early on Thursday, though any market reaction seems unlikely. The BoJ is virtually out of firepower, so markets barely react to changes in language anymore as those cannot be backed up by substantial action. Instead, the yen will take its cue mainly from politics and the global risk mood.

Ahead of the Fed decision, investors will also scrutinize US retail sales and Canada’s inflation numbers for August. Of course, the loonie will also be heavily influenced by oil prices, which are moving higher in the wake of some hurricane-related supply disruptions in the Gulf of Mexico. 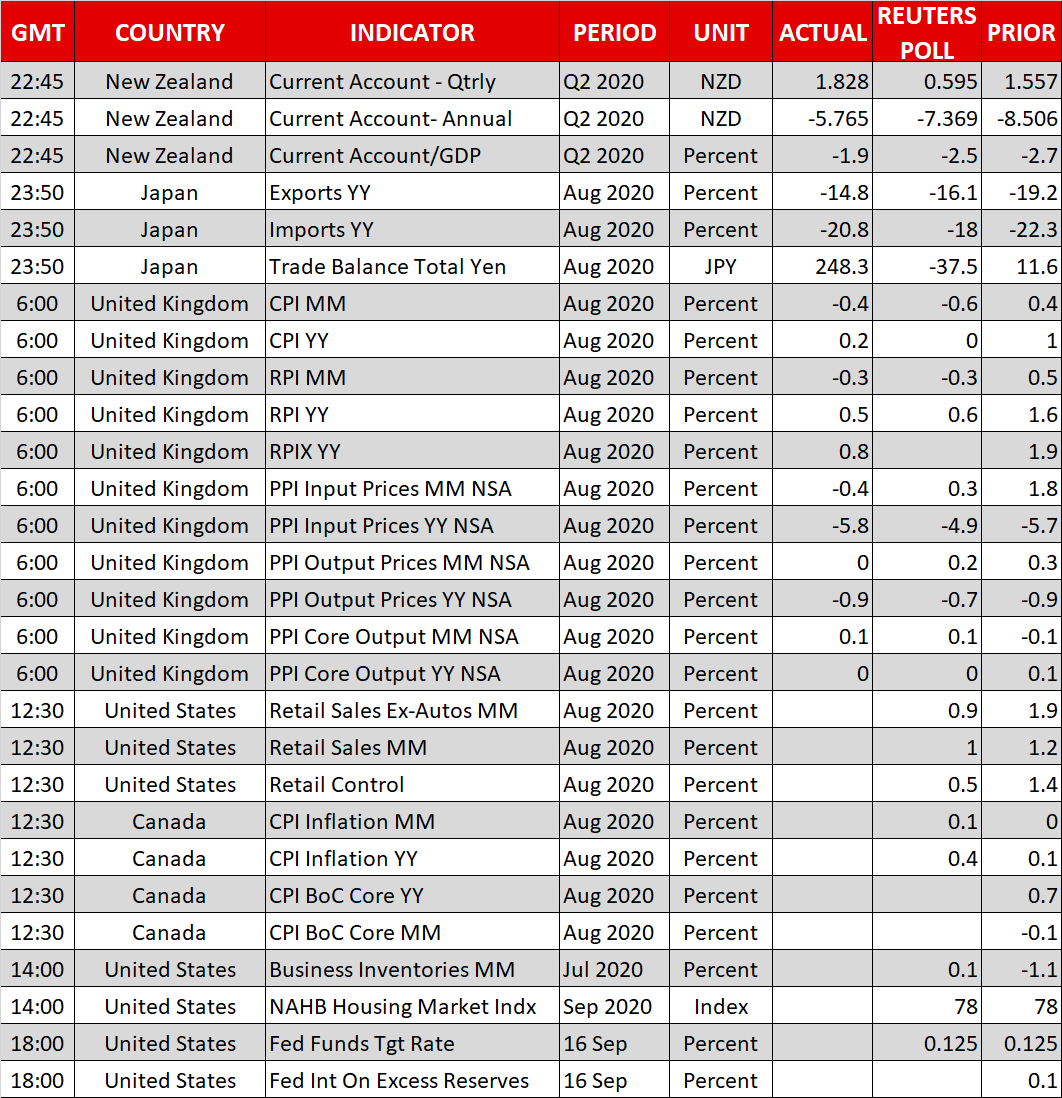