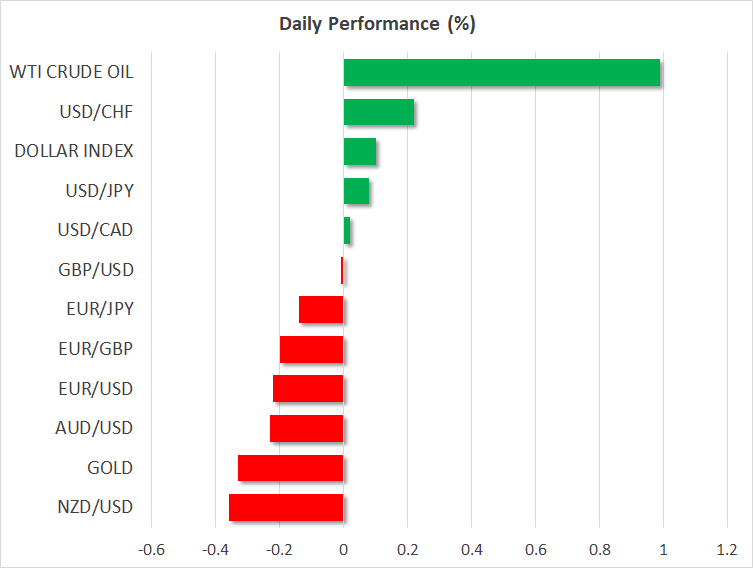 US-China relations continued to sink to new lows as the US Senate rushed through legislation that would place tougher trading rules on Chinese-listed companies on American stock exchanges and after the White House threatened Beijing with sanctions if it goes ahead with imposing a national security law on Hong Kong.

With China’s economy facing its worst crisis in decades and international scepticism about the official account of how the coronavirus broke loose, President Xi Jinping doesn’t have a lot to show for this year’s virus-delayed National People’s Congress. Thus, his decision to tighten control over unruly Hong Kong shouldn’t have come as a surprise as letting protesters run riot in the former British colony would have cast further doubt on his leadership.

However, the move couldn’t have come at a worse time for relations with the United States, which is heading for an election in November and incumbent President Trump needs someone to blame for the virus crisis as he seeks re-election. With the hard-fought trade truce looking increasingly fragile, there is now a real prospect of US sanctions on China and Hong Kong as signalled by the White House’s National Security Adviser Robert O’Brien on Sunday, while China has warned of a ‘new cold war’.

Investors hold their nerves, for now

But although there is growing belief that any US action against China would involve revoking the special trade status with Hong Kong, damaging the city state’s position as a global financial hub, the market fallout has been limited. Even in Hong Kong, shares pulled back from negative territory today to turn slightly positive, following huge losses on Friday.

Chinese stocks also staged a late turnaround to end the day higher, while Tokyo’s Nikkei 225 closed at its highest in two and a half months. Shares in Europe followed suit to open in the green. A holiday in the US and the UK on Monday may be aiding the calmer market mood as many traders stay away.

But once again, it’s the stimulus story that’s really propping up equity markets even as investors simultaneously flock to traditional safe havens such as gold. Central bankers from the Eurozone and Britain have in recent days been hinting at further monetary easing, and in Japan, the government just announced a new fiscal package worth almost $1 trillion.

The gradual lifting of lockdown restrictions around the world has also been underpinning the steady improvement in the market tone in recent weeks as the reopening of many businesses is helping restore some normality in virus-stricken countries.

No respite for euro and pound

Yet, there doesn’t seem to be much respite for European currencies, with both the euro and the pound failing to sustain recent gains. A Franco-German deal for a 500-billion-euro virus recovery fund had boosted the euro early last week before expectations intensified that the European Central Bank will increase its pandemic stimulus program on June 4.

The single currency has slipped back below $1.09 after unsuccessfully testing the $1.10 level a few days ago.

The pound was also struggling, drifting back below $1.22, having come under pressure from Bank of England Governor Andrew Bailey’s U-turn on negative interest rates. However, there is more trouble brewing for the pound as Prime Minister Boris Johnson is under pressure to sack his chief of staff Dominic Cummings for breaking lockdown rules, in what is another controversy for the British government in its management of the pandemic.

Elsewhere, the US dollar was flat against a basket of currencies and the yen inched broadly lower.