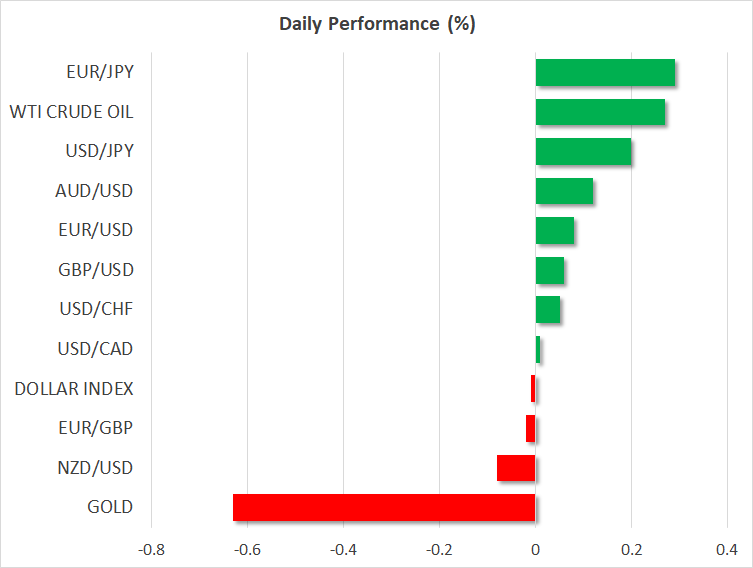 Global markets continued to price out the risk of an imminent all-out war between the US and Iran yesterday, amid signs that neither side is seeking further escalation. The fact that there were no fatalities from Iran’s missile attack helped calm spirits, as did some reports that Iran warned Iraqi authorities after firing the missiles – the clearest sign yet that Tehran wasn’t ‘shooting to kill’ but was rather sending a message.

Investors therefore concluded that Washington was unlikely to retaliate aggressively, something later confirmed by President Trump, who merely announced more sanctions against Iran. His tone contained no hints of further military action, and since Tehran is under crippling sanctions already, the implicit message was that he might allow tensions to defuse a little.

In the markets, risk appetite returned with a vengeance. Defensive assets like gold and the Japanese yen reversed early gains to close with substantial losses, while Wall Street staged a spectacular comeback, the Nasdaq 100 (+0.75%) closing at a new record as short sellers were squeezed out. The S&P 500 (+0.49%) came within breathing distance of its own all-time high close, but was unable to conquer it, as some late-session reports of a rocket attack near the US embassy in Baghdad kept the bulls in check.

Oil prices crashed and burned as the likelihood of major supply disruptions declined, with WTI crude erasing the gains it amassed after the missile strike to end almost 5% lower. Some poor inventory data helped the drop as well. What’s striking is that both WTI and Brent are now trading well below the levels they were prior to General Soleimani’s death, an indication of just how much geopolitical risk has been priced out.

For now, the risk-on mood is likely to linger as the crisis gradually fades from the financial radar.

Dollar outshines peers as Fed easing bets are pared back

In the currency market, the big winner was the US dollar, which outperformed all its G10 counterparts – besides the kiwi – as investors scaled back bets for Fed rate cuts in the coming months. Markets currently assign a mere 17% probability for a quarter-point cut by June according to the Fed funds futures, which seems awfully low considering how many things can ‘go wrong’ in six months, geopolitical tensions or not.

As for today, there’s a slew of influential Fed speakers on the agenda to keep the dollar entertained, starting with Vice Chairman Clarida at 13:00 GMT. New York Fed chief Williams will step up to the podium at 16:30 GMT, before regional Fed presidents Evans and Bullard at 18:20 GMT and 19:00 GMT respectively.

Considering the run of solid US data lately, coupled with fading geopolitical concerns, the risks seem skewed towards these officials reaffirming the Fed’s neutral stance, which may on the margin help the dollar extend its latest gains.

Mind the ‘Poloz risk’ for the loonie today

Across the border, the Governor of the Bank of Canada (BoC) – Stephen Poloz – will deliver remarks at 19:00 GMT. He was optimistic on the economy when he last spoke, but incoming data have disappointed since, so there’s a clear risk that he strikes a dovish tone this time and highlights that rates might be cut if this weakness persists, for instance.

This represents a notable downside risk for the loonie today, especially seeing that market pricing for near-term BoC rate cuts is quite subdued. 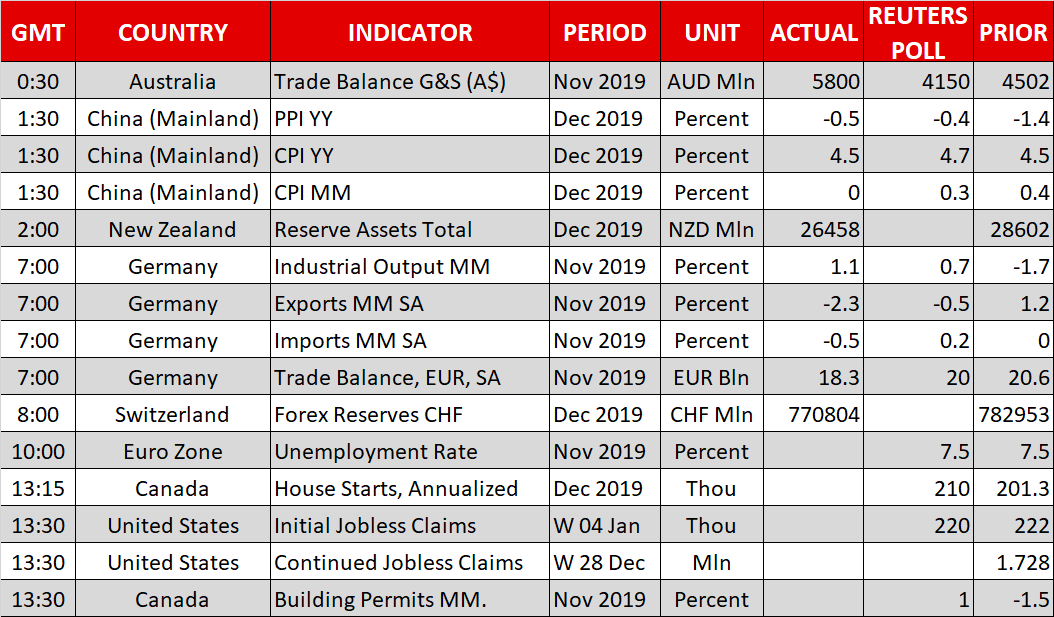