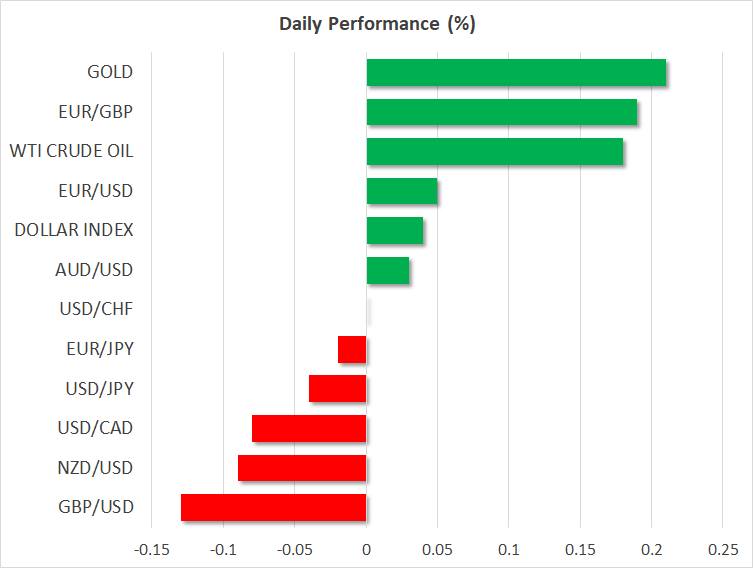 Sterling dives as Boris sets course towards a no-deal Brexit

In a dramatic turn of events, UK Prime Minister Johnson announced yesterday he will prorogue Parliament, meaning that British lawmakers will not be able to debate or vote on anything between September 12 – October 14. The move is clearly an attempt to stop opposition parties from blocking a no-deal Brexit on October 31, by allowing them very few days to legislate anything that could hinder the government’s plans. Naturally, the pound fell on the news.

Admittedly, this is a bold maneuver by Johnson. His strategy is likely to make a no-deal exit in October appear all but inevitable, effectively threatening Brussels with a Brexit-induced recession for both the British and the European economies, in order to extract concessions on the Irish backstop. Hence, this resembles a massive game of chicken – the question is, who blinks first?

Turning to the pound, the next week will be critical. Parliament returns on Tuesday, and for sterling to breathe some life again, markets would need to see opposition parties move quickly towards organizing a no-confidence vote to bring down the government, or towards drafting legislation that blocks a no-deal Brexit. Otherwise, market fears of a chaotic exit could intensify even further, reinforcing the pound’s negative outlook.

US stock markets recovered some early losses to close ~1% higher yesterday, without much in the way of news. Futures point to a higher open in Wall Street today as well, with the mood improving after Beijing signaled that its negotiators could still visit Washington for talks next month, despite the recent escalation.

The headlines also helped the aussie and kiwi to recoup some losses. The two currencies were under pressure following disappointing data from Australia and New Zealand overnight, the kiwi plunging to a new four-year low before rebounding on the trade news.

While China’s signals are encouraging in that they keep negotiations on the table, they are not a game changer. We’ve seen countless rounds of talks, and really nothing to show for it. In fact, China may be even less likely to make real compromises after the latest escalation, as Beijing doesn’t want to lose face by caving to Washington’s pressure. The bottom line is that any resolution is very far away and the situation may deteriorate further before – and if – we get there, which implies that safe havens like the yen likely still have room to gain.

German inflation data eyed as Italy gets a new government

In Europe, all eyes today will be on the preliminary German CPI figures for August. They will be monitored as a gauge for the Eurozone-wide data, due tomorrow. These will be the final inflation numbers before the ECB meets in two weeks and hence may be crucial in determining the size of the upcoming stimulus package – i.e. will Draghi ‘throw the kitchen sink’ at the problem, or deliver something milder?

In Italy, the 5 Star Movement and Democratic Party formed a new government, but the market reaction was muted.

In the US, the second reading of GDP for Q2 is coming out. Yesterday, Treasury Secretary Mnuchin said Washington doesn’t intend to intervene to weaken the dollar “for now”, leaving the impression that this could happen in the future. 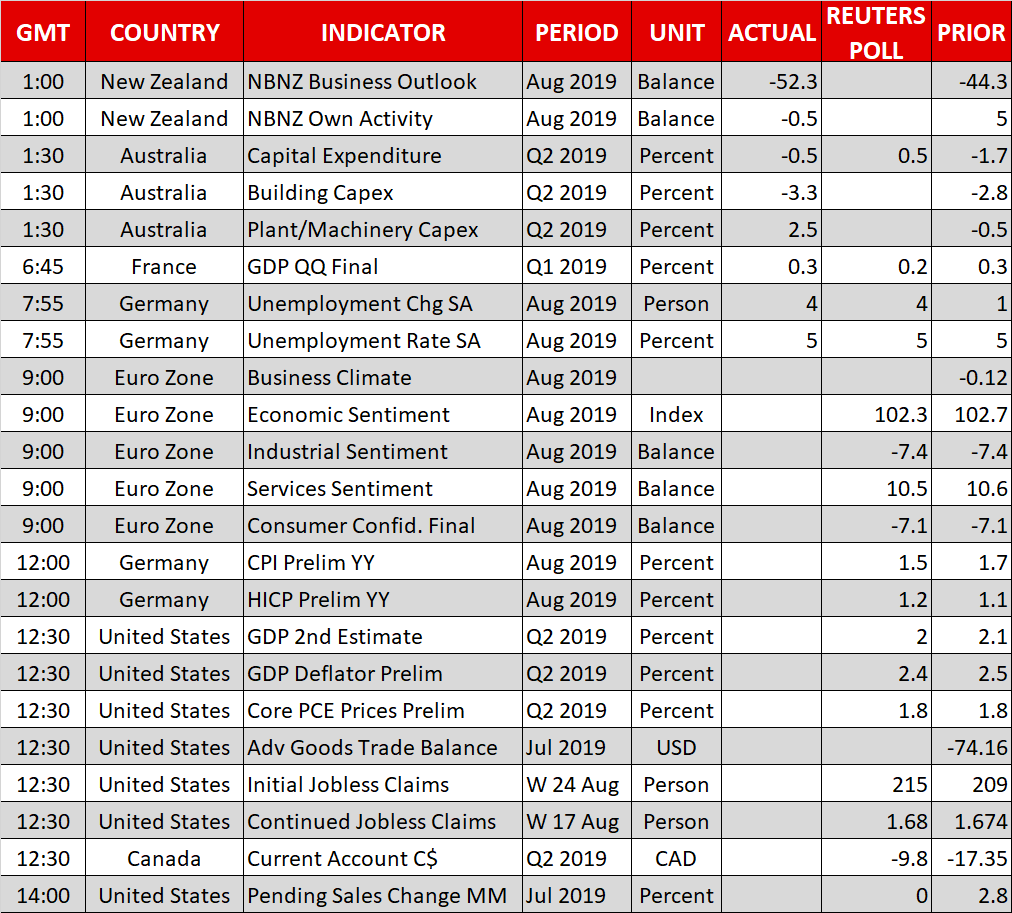