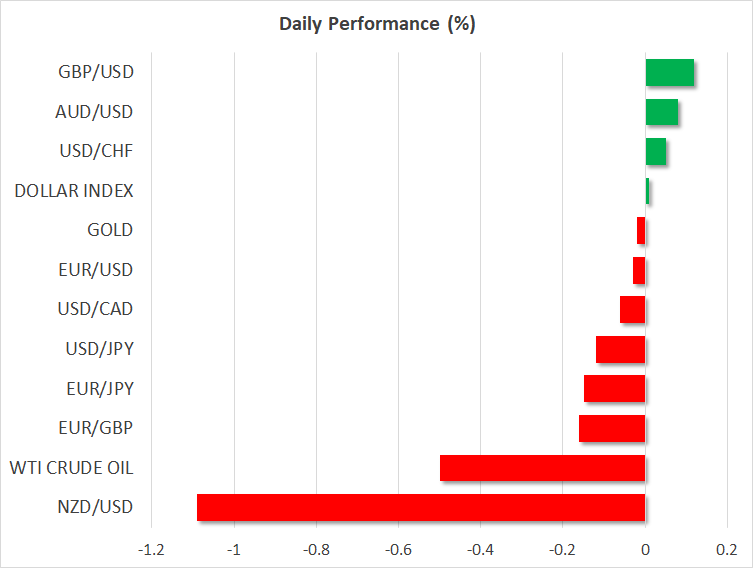 RBNZ could be next to tiptoe into negative rates

The New Zealand dollar fell about 1% on Wednesday after the Reserve Bank of New Zealand doubled its bond buying plan at its policy meeting today and gave its clearest indication yet that negative interest rates could become “an option in future”. As central banks run out of ammunition to counter the devastating economic impact of the coronavirus, the RBNZ has not only been forced down the QE path but is now actively considering whether negative rates will become a necessary tool.

The kiwi plunged to a one-week low after the RBNZ statement to be the day’s worst performer in an otherwise subdued FX market where most majors are struggling for direction.

The Australian dollar was flat, moving off earlier lows, boosted in part by a jump in the aussie/kiwi cross as the RBA has made it clear it has no plans to adopt negative rates, but also from the slight easing of the risk-off mood that took hold yesterday.

The pound was the biggest gainer as a smaller-than-expected contraction in UK GDP in the first quarter provided some support amid ongoing confusion about Boris Johnson’s lockdown policy and concerns about Britain’s burgeoning fiscal deficit.

The US dollar was also flat against a basket of currencies as investors look to Fed Chairman Jerome Powell’s speech later today for clues on whether the Federal Reserve is also contemplating negative rates.

Powell and Trump heading for another clash?

There’s been no shortage of Fed speakers this week, but the highlight will be today’s speech from the Fed chief himself (13:00 GMT) as markets obsess over the likelihood of negative interest rates in the United States. Despite not a single endorsement for negative rates from any Fed policymaker, Fed fund futures contracts for January 2021 have turned negative, indicating investors are growing more confident that it’s only a matter of time before the Fed pushes its key lending rate into negative territory.

Further piling on the pressure on the Fed to follow the lead of the ECB and the Bank of Japan is President Trump. Tweeting yesterday, Trump said the US should accept the “gift” of negative rates as other countries have.

In reality, however, Powell will probably reaffirm that negative rates are not on the cards, putting him on another collision course with the President. Trump has lately toned down his criticism of Powell & Co, suggesting he is so far satisfied with the Fed’s response to the virus crisis. But the longer the US economy remains in some form of a lockdown and the slower the ensuing economic recovery, the more Trump will press the Fed to do more.

Likewise, many traders are coming round to the idea that the Fed will eventually be forced to introduce negative rates even as Powell and his colleagues attempt to fight off the speculation.

Depending on how strongly Powell rejects the possibility of negative rates, Wall Street looks vulnerable to sell offs. The market mood has already dampened somewhat this week as signs of a resurgence in new virus cases in China and South Korea have dented optimism that the easing of the lockdown measures will be a one-way road to recovery.

Adding to the sense of caution, Dr. Anthony Fauci – the White House’s disease expert – yesterday warned of “really serious” consequences if lockdowns are lifted too soon as many US states move to reopen their economies even though the daily virus cases have yet to come down substantially.

The prospect of a long and difficult struggle out of the pandemic weighed on stocks globally, although US futures had turned positive during European trading hours after a 2% drop on Tuesday. The safe haven gold was marginally lower but holding above the $1,700 an ounce level. 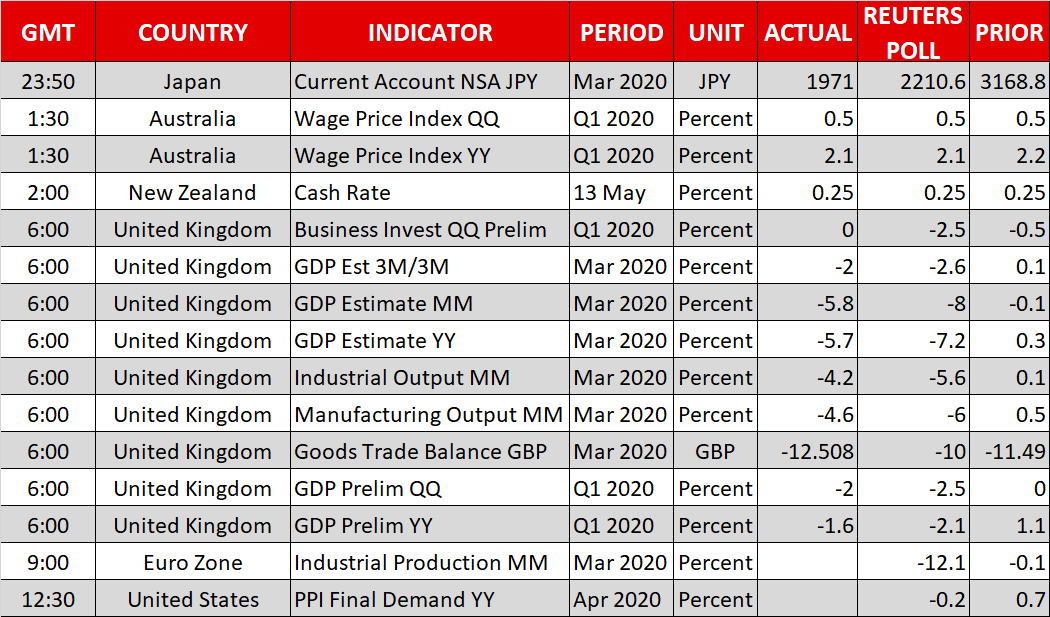