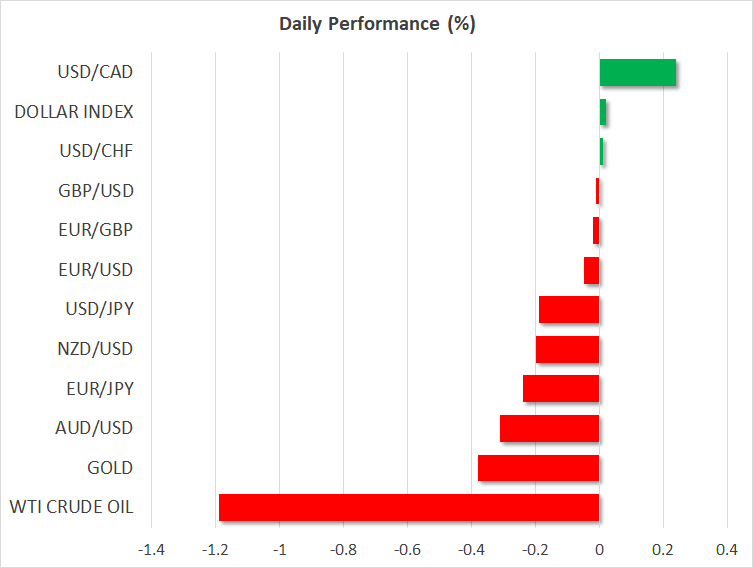 Yen lifted by coronavirus concerns, but is this sustainable?

Financial markets traded quietly on Monday, with most currency pairs staying confined in very narrow ranges, as a public holiday in America and the absence of any noteworthy economic data releases in Europe left investors wanting.

That all changed overnight though, as fears surrounding the spread of a pneumonia-like virus in China came into the spotlight, sending a ripple of risk aversion through global markets. Beijing confirmed that this deadly coronavirus can spread between humans, igniting concerns of a much bigger outbreak once the Lunar New Year holiday – the largest human migration event – commences at the end of this week.

For markets, the implication is that this might put a lid on the tourism industry as consumers turn more cautious, dampening overall holiday spending in the world’s second largest economy and ultimately shaving a few decimals off GDP growth for Q1.

That pushed Asian stocks lower, with China’s CSI 300 (-1.7%) and Hong Kong’s Hang Seng index (-2.8%) falling the most – the latter also suffering after Moody’s downgraded Hong Kong’s credit rating amid the unrelenting protests. The defensive yen was the biggest beneficiary of all this, advancing across the board as investors hedged their riskier bets. Meanwhile, Wall Street futures are pointing to a lower open today.

In the bigger picture, the real question facing investors is whether this bout of risk aversion is durable and sustainable, or whether these worries will fade before long, making this a mere setback in a broader ‘risk on’ trend. This answer is likely the latter, as health scares like this one are typically short lived in markets (think of the ebola virus) – unless of course this develops into a major epidemic.

Bank of Japan holds its fire, as expected

In the land of the Rising Sun, the local central bank took no action at its meeting overnight, preserving some of its limited firepower for a stormy day. Policymakers revised slightly higher their growth forecasts to account for the government’s recent spending package, and also noted that global risks have decreased a little, though both of these were widely anticipated – and a mere acknowledgement of recent events.

The yen edged higher after the decision, though the move seems owed primarily to the broader risk-off sentiment, rather than anything the BoJ signaled.

Raft of data, impeachment, Davos, and earnings in focus

It’s a busy day ahead on the economic calendar, with the most important release being the UK employment numbers for November. The implied probability for a Bank of England rate cut next week currently stands at 65%, so these might be crucial in shaping that narrative. That said, Friday’s PMI data will probably be even more important, as they will reflect the period after the recent election.

In Germany, the ZEW survey for January will provide the first glimpse into how Europe’s biggest economy kicked the New Year off. Importantly, French President Macron tweeted yesterday that he had a good conversation with US President Trump, and that they agreed to work towards an agreement to avoid tariffs, though there was no reaction in the euro.

In the US, the impeachment trial against President Trump will officially begin today. While this could continue to absorb an exorbitant amount of media attention, the possibility of Trump actually being impeached is close to zero, as it would require twenty-some Republican senators to vote against their party, which is almost unfathomable. Hence, this is a non-event for markets.

In fact, Trump will be in Switzerland today for the World Economic Forum. He speaks at 10:30 GMT.