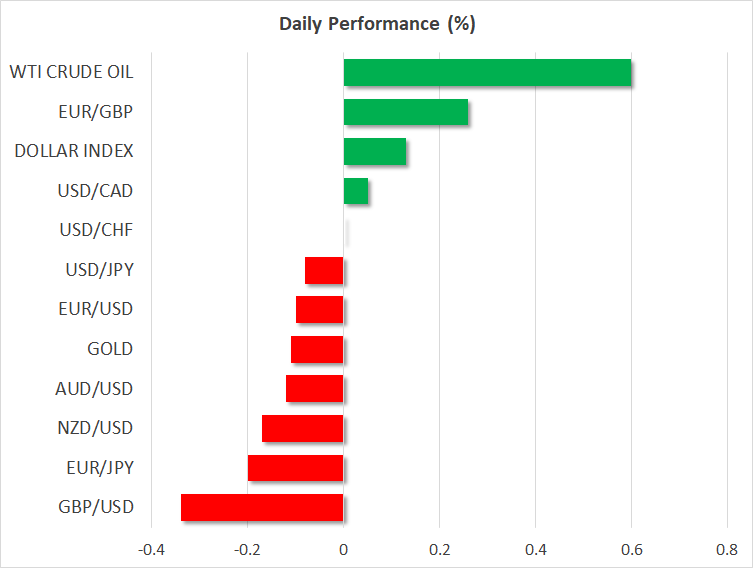 There’s no reprieve for the wounded British pound, which fell to a fresh 2½-year low against the dollar earlier today, following another round of worrisome Brexit rhetoric. Boris Johnson and his lieutenants reiterated that the Irish backstop is “dead”, with Foreign Secretary Raab saying that the EU is being “stubborn” and will need to move on Brexit, otherwise a no-deal scenario may be the preferred route. Meanwhile, EU officials remain adamant that the withdrawal agreement isn’t up for renegotiation and that any deal must include the backstop.

The situation looks increasingly like a ‘game of chicken’, where both the UK and the EU are digging in, waiting for the other to blink. Alas, since neither is likely to back down for a while, there may be even less time to find a negotiated solution, increasing the probability of a no-deal exit in October. Accordingly, markets are pricing in a greater chance for rate cuts by the BoE next year to support the Brexit-hit economy, amplifying sterling’s losses.

Looking ahead, the risks around the pound still seem tilted to the downside, and a return to the $1.20 area may be imminent. For the tide to turn, investors would either need to see signs of real progress in the talks – which is highly unlikely – or Parliament triggering a General Election, which would fuel hopes for another referendum down the road.

The Bank of Japan (BoJ) kept its gargantuan stimulus program unchanged earlier today, as was widely expected. Policymakers also kept their forward guidance unchanged, disappointing those looking for an even more dovish tone, amid a darkening global outlook and a slowing domestic data pulse.

As for the yen, the broader outlook remains positive, even if the BoJ softens its tone going forward. Both the Fed and the ECB are preparing to ease, which implies we are entering a paradigm of monetary policy convergence as the BoJ has very limited firepower to ease further. Hence, rate differentials will likely narrow in the yen’s favor, increasing its appeal. Not to mention that any piece of bad news – like another escalation in trade tensions – would likely fuel safe haven demand for the Japanese currency.

Perhaps the biggest risk to this view, would be the threat of direct FX intervention to weaken the yen if it gains rapidly – something the Japanese authorities were vocal about back in 2016.

On the data front, the day kicks off with preliminary inflation data for July out of Germany. The regional data are released ahead of the nationwide numbers, so any reaction in the euro may begin with those.

In the US, traders will keep an eye on the personal consumption and income data for June, as well as on the core PCE price index, which is the Fed’s preferred inflation measure.

In Shanghai, trade talks between the US and China will resume, though any real breakthrough – outside of easing some restrictions on Huawei for instance – seems unlikely.

Meanwhile, the earnings season enters high gear, with Apple, Procter & Gamble, and Under Armour being among the biggest names releasing their results today. 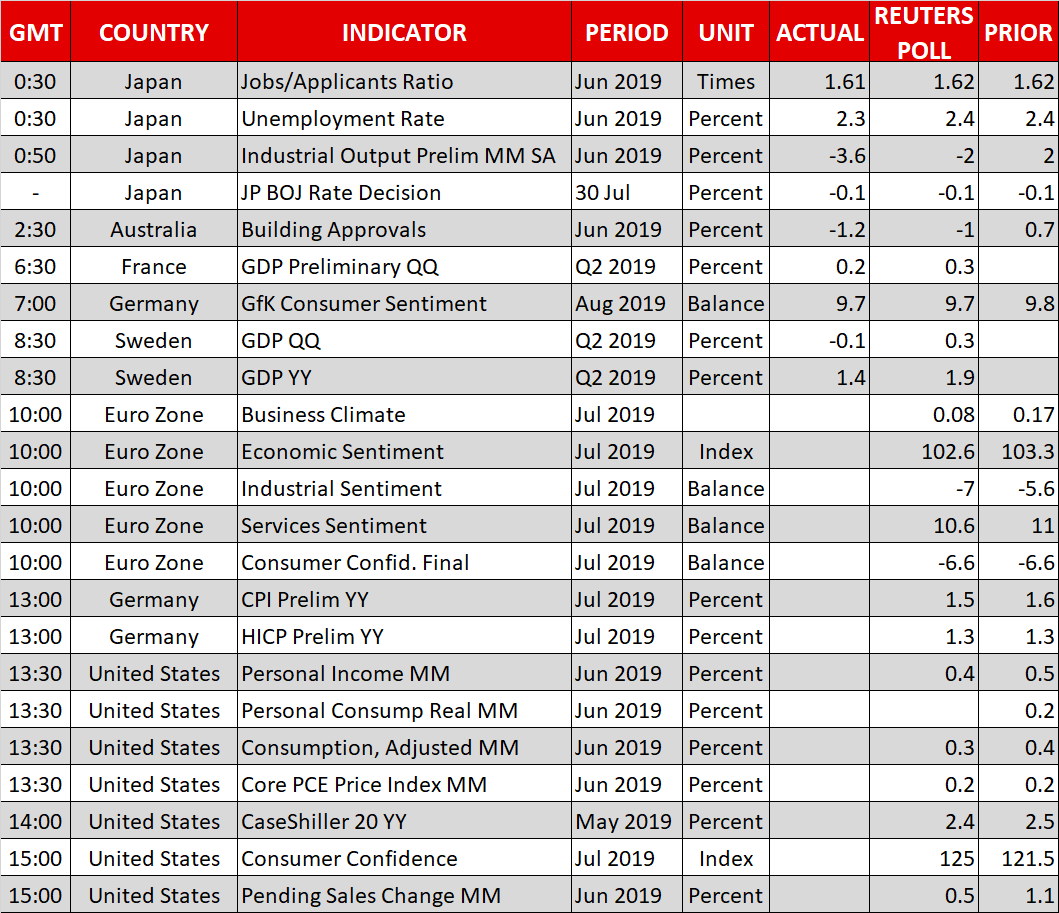