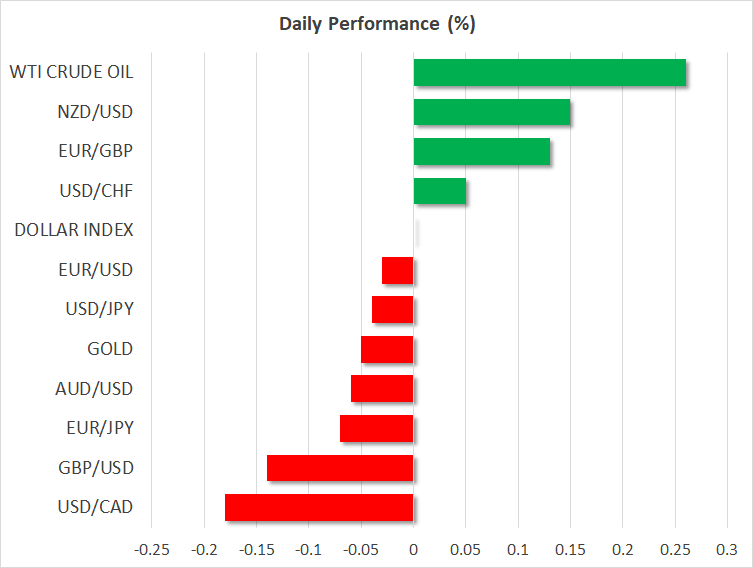 The pound came under fire on Tuesday, falling by more than one big figure against the dollar to touch lows last seen in April 2017, as the risk of a no-deal Brexit popped back on the market’s radar. The selloff followed remarks from Boris Johnson, the likely next Prime Minister, who said that the Irish backstop is an “instrument of incarceration” which must be scrapped. Reports that he may suspend Parliament in October to enable a no-deal Brexit exacerbated the move.

UK inflation data are due for release today, but admittedly, any sizeable reaction seems unlikely judging by the muted move after yesterday’s stronger-than-expected employment figures. Rather, politics may remain the driving force.

Taking a step back, it’s difficult to envision any meaningful rebound in sterling, outside of one fueled by profit-taking. Yes, a lot of bad news is priced in already, but for good reason, as the nation truly seems to be drifting towards a no-deal exit, while the BoE is about to abandon its hiking plans. A weaker dollar may limit severe sterling losses in the longer term, but for now, more pain may be in store unless something drastic changes in the Brexit outlook. Perhaps hints for a General Election could do the trick.

The biggest winner from the plunge in sterling was the dollar, with some strong US retail sales prints amplifying the gains. The euro was broadly weaker, as the growing risk of a disorderly Brexit spells bad news for the Eurozone as well.

On the US front, it’s significant that the dollar advanced even though the odds for an aggressive ‘double’ Fed rate cut in July stayed unchanged. Fed speakers did not move the needle, though some remarks by Kaplan that a July cut may be a “tactical” move and “not the beginning of a rate-cutting cycle” were interesting.

In the near term, the dollar may have some more room to recover, as yesterday’s robust retail sales suggest little appetite – or need – for a ‘double’ rate cut in July, even though markets still attach a ~25% probability to that prospect.

In energy markets, oil prices dropped substantially after Trump said that “a lot of progress” is being made with Iran. Markets saw this as a signal that Washington is trying to defuse the situation, even though comments from Iran’s supreme leader suggest Tehran remains adamant about rolling back the nuclear deal.

Crude prices took a separate hit from the demand outlook, alongside US stocks, after Trump reiterated his threat for more tariffs on Chinese goods. He seemed particularly annoyed that Beijing hasn’t started to buy US agricultural goods again, something he insists was part of the ‘ceasefire’.

On the data front, the main event today will be Canada’s CPI prints for June. Forecasts point to a slowdown in inflation, which may prove slightly negative for the loonie – though probably won’t be enough to alter expectations that the Bank of Canada will remain neutral.

Meanwhile, the earnings season continues with Netflix, Ebay, and Bank of America releasing their results today. 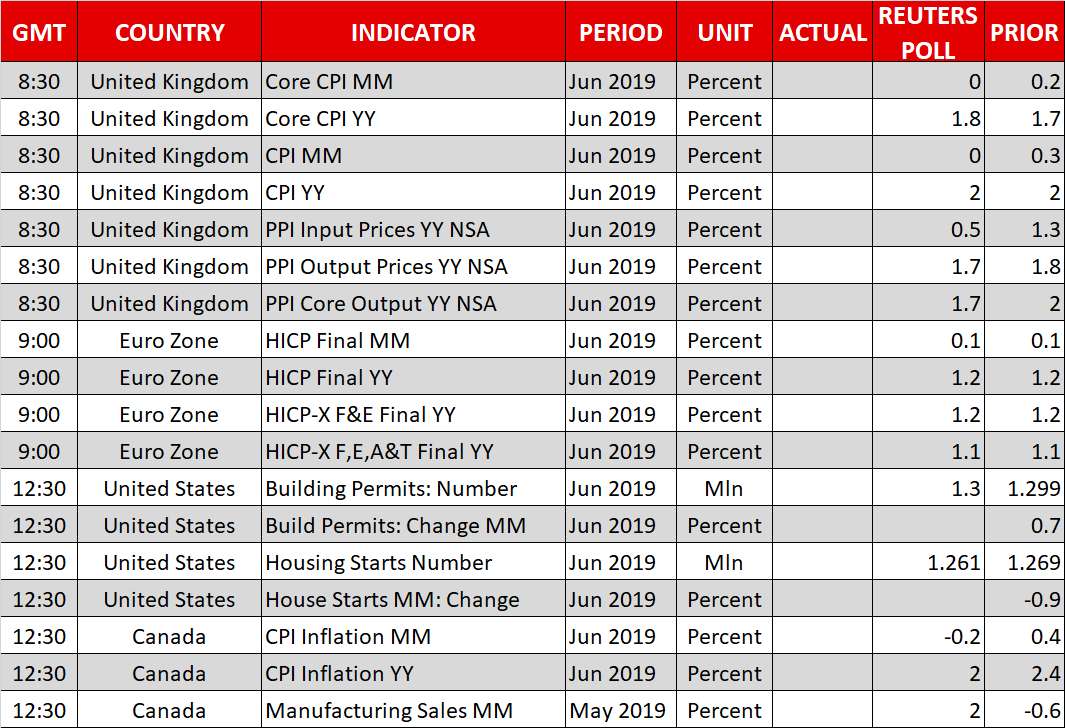