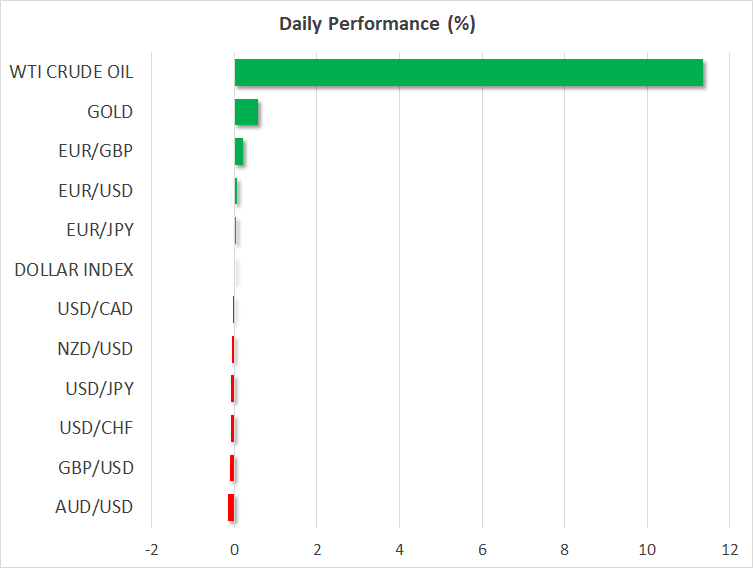 Positive results from two clinical trials on the effectiveness of Gilead’s remdesivir drug once again raised hopes that the deadly coronavirus that has plunged the global economy into its worst crisis can be defeated. Remdesivir had made the headlines earlier in the month after a previous study showed success in speeding up the recovery of COVID-19 patients but this was later disputed in a Chinese trial.

However, the latest results, which have opened the way for a quick FDA approval, are more promising and markets clearly see this as a sign that it’s only a matter of time before a vaccine is found.

In a further boost to risk appetite, Fed Chairman Jerome Powell reaffirmed the Fed’s easy policy stance in his press conference following the FOMC meeting yesterday. Wall Street surged on the back of the risk-on mood, with the S&P 500 closing up 2.7%. But the Nasdaq Composite fared even better, soaring by 3.5% and nearly wiping out its year-to-date losses, after Alphabet and Facebook announced stronger-than-expected earnings results.

Trump lashes out at China

The positive sentiment appears to be holding today with Asian indices closing up between 1-2% and US stock futures adding around 0.5%. However, markets are in danger of being led by false hopes as remdesivir, apart from being an existing drug, is a treatment for the virus and not a cure, and an actual cure or a vaccine could still be months away.

There’s also doubts as to what extent the lockdowns can be lifted amid a resurgence in the virus infection rate in Germany after some lockdown measures were relaxed.

But even if all goes well and there is a gradual return to normality over the next few months, President Trump has just given the world a taste of what to expect once the pandemic starts to ease. In an interview with Reuters, Trump reignited fears of confrontation with China, accusing the country of not giving enough warning about the coronavirus so as to damage his re-election chances in November. In an ominous sign that White House retaliation is likely, Trump said “I can do a lot”.

His comments put a dampener on stocks but gave a shot in the arm to gold (+0.5%), which had already been bolstered by Powell’s press briefing. In a grim reminder about the gravity of the situation, Powell bluntly warned that the US economy will need more support by both the Fed and Congress.

The prospect of additional easing pulled the US dollar to two-week lows against a basket of currencies, though most pairs were steady today and the main drag on the dollar index was the Canadian dollar. The loonie is finally playing catch-up in its recovery versus the greenback, firming to below the C$1.39 level for the first time since mid-April as oil prices post strong gains for a third straight day.

The euro inched higher on expectations that the European Central Bank will beef up its pandemic emergency purchase programme when it concludes its policy meeting later today. But as traders pin their hopes on the ECB to save the Eurozone economy after EU leaders failed to respond decisively to the crisis, there is a risk the central bank may disappoint. Given that several EU countries have begun to lift some of the lockdown restrictions, the ECB may wait until its June meeting before deciding whether more stimulus is needed.

In the meantime, the focus will be on preliminary GDP numbers, which are expected to show the Eurozone economy contracted by a staggering 3.5% during the March quarter. 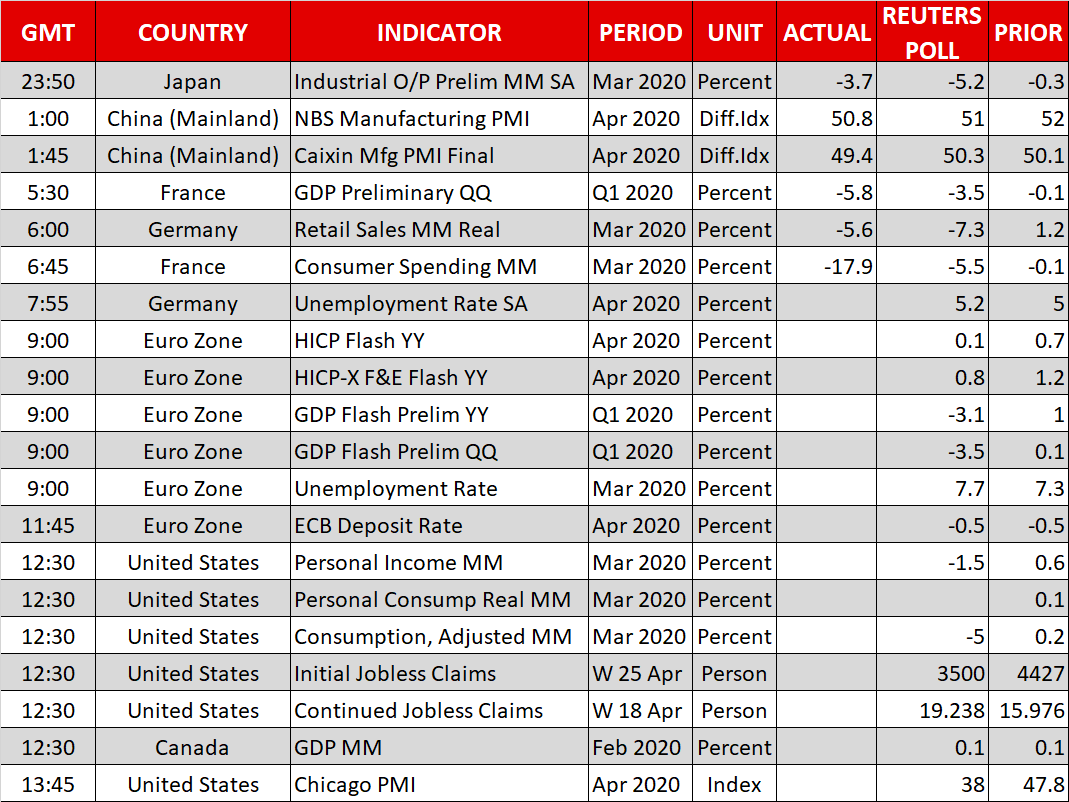