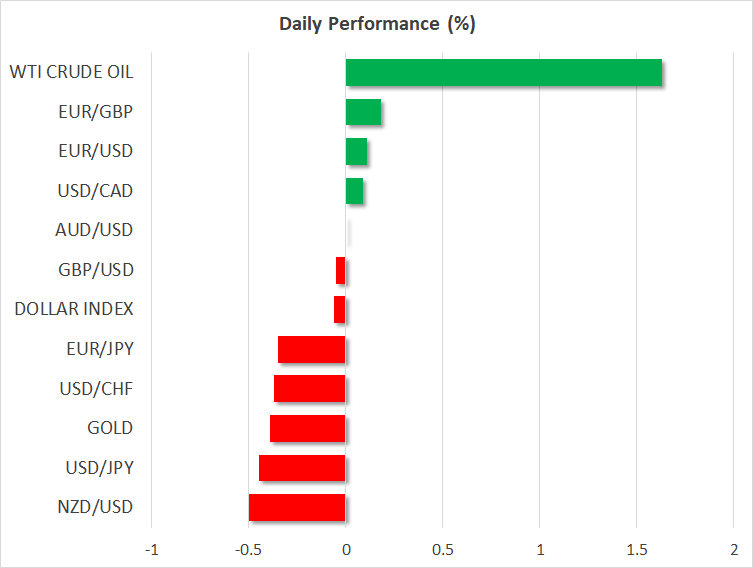 American equities erased some early gains to close about 1% lower yesterday, after the US President took the trade war with Beijing to the next level – announcing that he will impose a 10% tariff on all remaining products from China, effective September 1. The sharp escalation likely caught investors off guard, given that both sides described the talks in Shanghai that ended yesterday as “constructive”.

Asian markets were a sea of red today, with Japanese stocks shedding more than 2%, while haven currencies like the yen and Swiss franc are back in high demand, both trading at fresh 2-year highs against the euro. The dollar meanwhile took a hit, giving back some of its recent gains as the escalation was seen as making the Fed more likely to cut again in September, with the implied probability for such action soaring to ~90% from around 60% yesterday.

Where does this leave global markets? While Trump applying maximum pressure to get concessions is nothing new, it still seems like he is increasingly comfortable with this conflict dragging on into next year, as he may be able to use it to score political points ahead of the 2020 election. Why strike a ‘mediocre’ deal now, when you can instead run on the theme that any Democrat president would mess up the negotiations?

Hence, this skirmish is probably here to stay, particularly considering how far apart the two sides still are on key issues. For now, a retaliation by China is almost certain if Trump indeed pulls the trigger, which implies more risk aversion and therefore more pain for assets like stocks and oil. In FX, the biggest underperformer may be the dollar as the Fed starts to ease with force, while the main winner could be the yen.

In terms of the data, the main event today will be the US employment report for July. Nonfarm payrolls are forecast to have risen by 160k, less than June’s robust 224k, but still a decent number overall. Meanwhile, both the unemployment rate and hourly earnings are expected to have held steady at their June levels of 3.7% and 3.1% y/y respectively.

Following the latest escalation in trade, the risks surrounding the dollar from this event seem asymmetric and tilted to the downside. The Fed made it clear recently that with the US economy still being solid, the pace and depth of future rate cuts will depend mainly on global factors and specifically on how trade issues evolve.

Hence, even a robust jobs report may not be able to substantially diminish bets for a Fed rate cut in September, though a disappointing one would likely seal the deal for such an action in the eyes of the market. This implies that any potential upside in the dollar from these data may be limited, while any downside may be severe.

In the UK, the Bank of England surprisingly held on to its tightening bias yesterday, emphasizing its assumption for a smooth Brexit.

More importantly, the Conservatives lost a by-election in Wales, pushing their working majority in Parliament down to just a single lawmaker. This lessens Johnson’s grasp on power, raising the odds for an early General Election. Contrary to popular belief, that may actually be a saving grace for the battered pound, as it would put the option of another referendum back on the table. 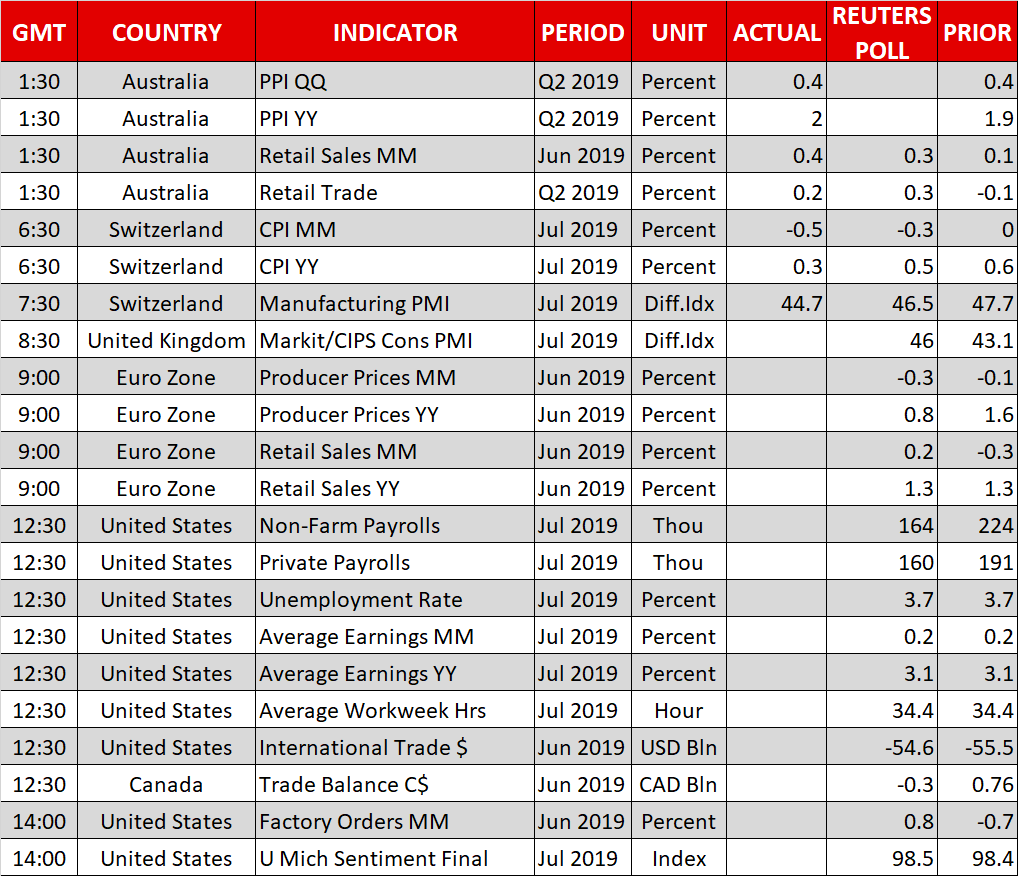