Posted on May 20, 2020 at 8:32 am GMTMarios Hadjikyriacos, XM Investment Research Desk 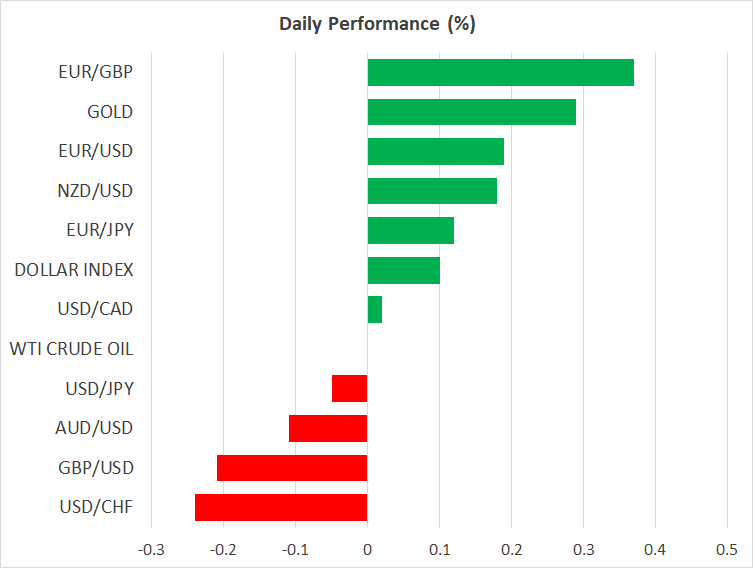 Markets look for another catalyst as vaccine rally falters

The vaccine-powered euphoria that propelled stocks higher at the start of the week gave way to skepticism on Tuesday, as reports blasted the lack of data in Moderna’s vaccine study, stressing that the optimistic early results should be taken with a huge dose of salt. Wall Street drifted lower but only surrendered a small part of its earlier gains and futures point to another higher open today, which highlights that much of the recovery since March has been fueled by powerful stimulus measures, not vaccine hopes.

And there’s good reason for that. Central banks have acted so forcefully in the past few months with rate cuts and asset purchases that they’ve succeeded in making bonds – the largest asset class – almost uninvestable as inflation-adjusted yields are now negative across the board. When government bonds become a negative yielding asset, fund managers looking for a real long-term return are forced into riskier bets, and all that’s left really is stocks. Commodity markets are too small, so ‘there is no alternative’.

That can go a long way in explaining why economic reality and stock performance seem divorced. But it doesn’t mean that equities can continue to ignore fundamentals forever. All it might take for reality to set back in is a catalyst negative enough for portfolio managers to trim their risk exposure, fearful of imminent losses.

For now though, the technical picture can be a useful guide. While volatile, the S&P 500 has effectively been trapped in a range for 1½ months now, and yesterday it was rejected by the upper bound of that range. This was confirmed in the FX arena by both dollar/loonie and aussie/dollar failing to overcome much-tested levels of their own. Investors are therefore looking for a new catalyst, which will likely decide whether the ‘recovery party’ continues or is broken up.

In planet FX the tone was positive overall, with safe havens like the yen, dollar, and Swiss franc all coming under pressure as commodity currencies and the stimulus-charged euro advanced.

The yen in particular suffered after news that the Bank of Japan will hold an emergency policy meeting on Friday. Although the BoJ is only expected to decide on the details of its new lending scheme, not add more stimulus, traders still took the opportunity to lock some profits on prior long-yen positions, sending euro/yen to a five-week high.

Elsewhere, Fed Chairman Powell’s testimony before the Senate didn’t reveal anything new, with the dollar instead being pressured by a resurgent euro. The minutes of the latest FOMC meeting today (18:00 GMT) are unlikely to be exciting either. We’ve already heard from every Fed official lately that they are prepared to do more, although everyone prefers more QE to negative rates.

Instead, the British pound could steal the show today. Sterling has been in pain lately, amid a blend of concerns. The UK economy is reopening very slowly, today’s exploding deficit might result in austerity tomorrow, a no-deal Brexit has come back on the radar, and to top everything off, the Bank of England is considering negative rates.

Some policymakers – including chief economist Haldane – recently pointed out they’d be open to that, so investors will look to a testimony by Governor Bailey and Deputy Governors Broadbent and Cunliffe today at 12:30 GMT for more clues. Until recently, Bailey had said his central bank isn’t looking at negative rates, so if he reaffirms that stance, that could provide some temporary relief for the battered pound.